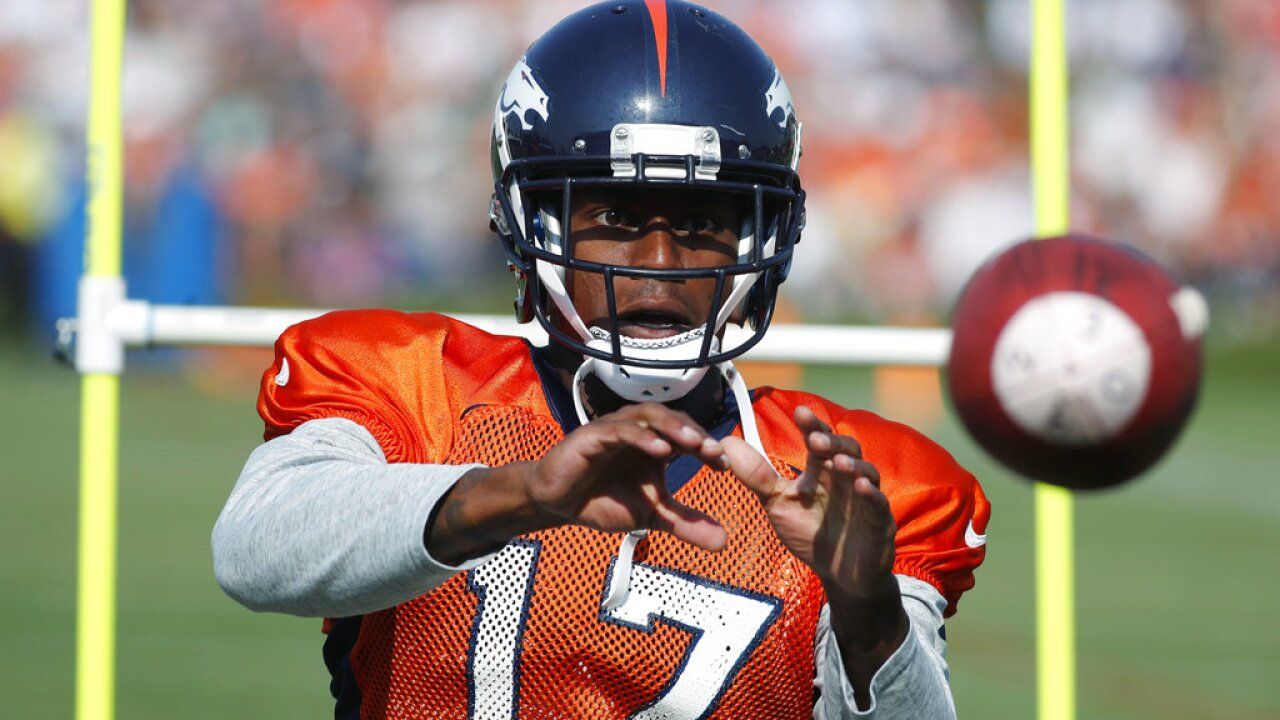 One man's loss is another man's treasure.

After enduring a season-ending torn ACL that wiped out DaeSean Hamilton's fourth season in the NFL, the Denver Broncos cut the wide receiver in May of 2021. Nearly a year later, the Houston Texans brought in Hamilton for a workout on March 11th, 2022 and liked what they saw. Hamilton inked a one-year contract with financial terms unknown at the time.

Hamilton is the latest player coming off a down or unavailable year that general manager Nick Caserio has decided to take a chance on.

The Penn State team captain was lauded for his leadership and work ethic, while being viewed as a potential steal when drafted in the fourth round of the 2018 NFL Draft but that potential didn't fully materialize for the Broncos. The reasons for this don't fully fall on Hamilton himself, rather a myriad of variables that limited his development and made success a challenging outcome.

Hopefully, the Texans can learn from the scenario Hamilton endured and provide him with better circumstances to become the talented player many believed he could be. So, what went wrong and why could Hamilton be a better NFL pro for the Texans than the Broncos?

There's always a limited amount of pie to go around, which was especially the case for the surplus of young Broncos' receivers. Over his three-year career, Hamilton has played in 46 games but only started nine. Furthermore, he's played 50%, 64% and 50% of the snaps in 2018, 2019 and 2020.

With all of these highly-regarded receivers on the team, it makes sense why the coaching staff would want to give them the bulk of the opportunities. Even Tim Patrick, a UDFA back in 2018 has emerged as the dark horse who no one saw coming, becoming the Broncos' second-best receiver and pushing Hamilton further into the shadows.

It is very difficult to improve when the opportunities to learn and develop chemistry with quarterbacks' are limited. It's even more challenging when said quarterback is going through his own development issues as well.

After Thomas was traded to the Texans in 2018, the following season should've been the time for Hamilton to step into the spotlight.

He did have his best season to date in terms of receiving yards, yards per game and first downs gained but the Broncos started three different quarterbacks that year - Joe Flacco, Brandon Allen and Drew Lock - which limited their offense to 28th in points per game. 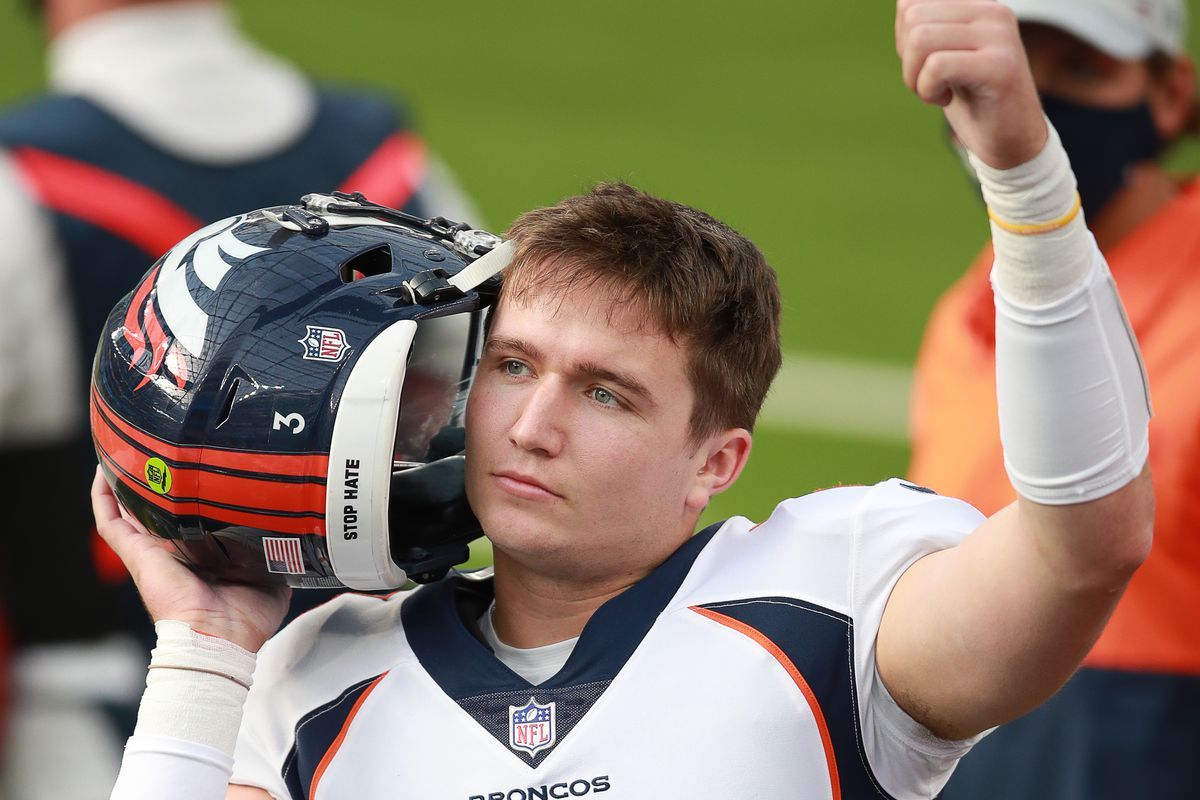 Particularly detrimental was that Lock's solid five-game sample as a rookie was fool's gold. The Broncos thought he was their future signal-caller, a thought that quickly nosedived next year. In the 2020 season - Hamilton's last before his torn ACL - Lock threw 15 interceptions in 13 games and completed just 57% of his passes.

Every receiver on the roster was worse off because of it and the Broncos failed to register a 1,000-yard season from any wideout. Hamilton was relegated to the fourth option on the team, behind Jeudy, Patrick and Hamler who all gained more targets. Hamilton's advanced stats look bad too, as he endured a career-low catch rate of just 52.3% and averaged just 1.4 receptions per game.

As is the common theme, this lack of success was not entirely due to Hamilton himself. Lock struggled in all aspects of quarterback play and was horrendous at reading his progressions. He was primarily a one-read quarterback who rarely progressed to his other options.

Since Hamilton was relegated to the fourth option, he would often be the last read in a play call and Lock would scarcely look his way. If he did, he would've realized how much meat he left on the bone as Hamilton was regularly wide open.

Furthermore, even when Lock finally looked Hamilton's way, his horrific accuracy issues led to many uncatchable throws. I watched the film of five games in this 2020 season and came away genuinely appalled by Lock's tendency to blatantly miss open throws. Overthrows, underthrows, throws too far in front or too far behind the receiver, you name it, Lock missed it.

Another reason for the limited development in Hamilton's career was that the Broncos lined him up at both the outside receiver position and in the slot. This was because he was a rotational piece who needed to fill in wherever was necessary, thus, he didn't have the stability of a consistent role/position. This was detrimental to Hamilton who had excelled as a slot receiver in college and that was always his best path to success in the NFL.

While many of the best receivers in the league can move all around the field, not every receiver is that versatile, which is okay if teams understand and accept that. Instead, the Broncos tried to make Hamilton something that he wasn't and he struggled to get open and haul in contested catches when working down the sideline.

Asking Hamilton to be an outside receiver just doesn't maximize his skill set. He has a thin frame and lacks the play strength to separate through contact, which is more necessary when playing outside. Additionally, he doesn't have the strongest hands to win on jump balls or back shoulders, which were common routes in the Broncos' scheme.

Instead, Hamilton is a player who is quicker than fast and excels when given space to operate in the slot. He's a nifty route runner who knows how to set up defenders to take the bait and use that to his advantage. His bread and butter are in-breaking routes over the middle of the field, settling in the holes in zone coverages behind linebackers and in front of safeties.

Hamilton's routes can be a thing of beauty. He explained his process in a practice back in 2018, “It’s something that kind of comes easy to me, more so like a second nature in knowing what to do and reading what the defense is giving you and running your routes off that and really just finding ways to get open."

Hamilton is a niche player with very defined strengths and weaknesses. Understand who he is as a player and you can create a successful plan for him to be the best version of himself.

For the Texans, understanding which route concepts he excels on and developing him purely as a slot receiver are key. With Danny Amendola still a free agent, that's a starting position that is currently open on the depth chart and screaming to be taken.

Furthermore, improving Hamilton's quarterback play will also go a long way to creating a bounce-back year. Davis Mills' rookie season was better than Lock's sophomore season. According to Sports Info Solutions, Mills was more accurate than Lock, throwing a "catchable" ball on 84.6% of his attempts compared to Lock's 79.0% and an "on-target" ball 77.2% of the time compared to Lock's 73.4%.

Additionally, Mills had better completion percentages than Lock in the short (56.3% vs 46.9%) and intermediate (45% vs 27.7%) areas of the field - where Hamilton is best at getting open. With a full offseason of furthering the lessons he's learned from quarterbacks coach/new offensive coordinator Pep Hamilton, the arrow should continue pointing upward and Hamilton will be a mutual benefactor.

The last component is a tricky one because it's largely out of the Texans' hands but ensuring Hamilton is 100% healthy from his ACL tear is pivotal. While not the immobilizing injury it used to be, torn ACLs are still a major knee injury and can zap the athleticism so sorely needed at the receiver position.

This is the wild card in terms of predicting Hamilton's success going forward but it's also the main reason a player as talented as he, is coming so cheap. Fingers crossed.

This is the type of low-risk, solid upside signing that Caserio should be swinging on all day long. I am a fan of Hamilton's game and if things go right, can see him being a good third option to compliment Brandin Cooks and Nico Collins.

Hamilton is 27 years old so he's in the heart of his prime, he'll theoretically put in whatever work is necessary to prove that he belongs and secure a longer-term contract. Hopefully, the Texans can create a better scenario for Hamilton to thrive than the Broncos could.