According to the National Media, the 2020 Draft Class is a continuation of an apocalyptic offseason by Bill O'Brien. The consensus draft grades have the Texans ranked 31 out of 32 teams, with only the Packers having a "worse" draft class. Several very prominent Draft Analysts shredded the Texans and their haul. The top criticism is that the Texans did not draft the "Best Player Available" and repeatedly left "talent" on the board. 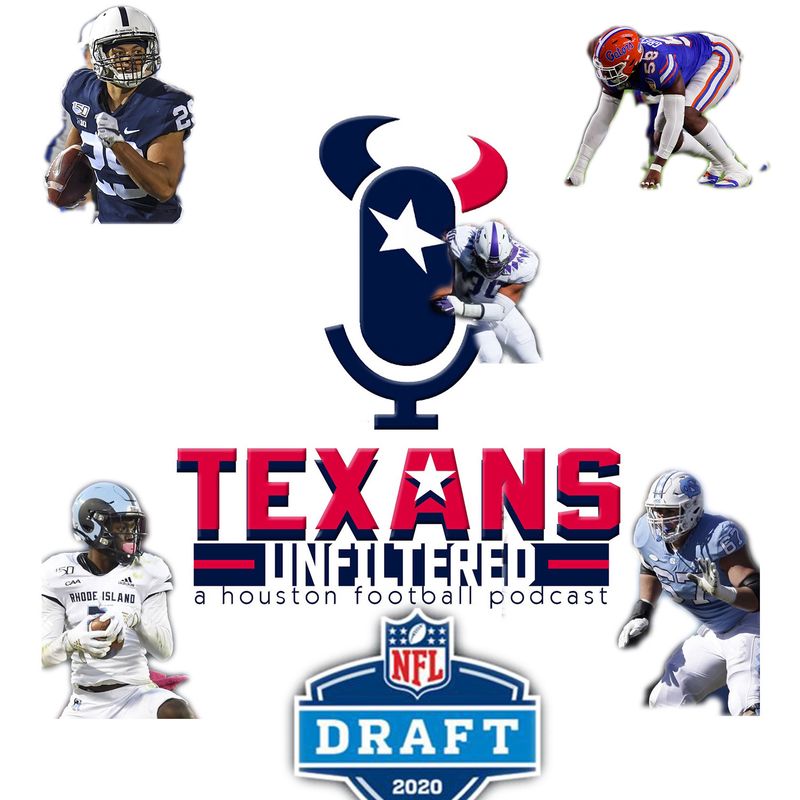 First and foremost. We will ignore the whole debate on who gets to determine the "Best Player Available".

If we look back at pre-draft articles from 2014, many analysts believed that Khalil Mack would have been a better scheme fit, but focused on not being able to pass up Clowney's potential. Mack could have slid into Mercilus's position, and do not forget at that time, Mercilus was considered a disappointment. The Texans could move on from Mercilus and sign a relatively inexpensive "off the ball" or SAM backer.

Mack lacked the athleticism of Clowney, but not by much, was a little bit older, was not the same caliber of rushing defender, and did not have the hype or highlight reel. He did however have more polish as a pass rusher, and he was an obvious upgrade over Mercilus.

The other option was to trade back and take a lesser known Aaron Donald. Donald had played DT in college, but he was considered undersized for that position in the NFL. However, he would be a natural 3-4 DE. Donald's size would prevent him from being the number one overall pick, but his production would keep him in the top ten. Drafting Donald would also allow the Texans to keep Mercilius.

Clowney's position in the NFL was much less clear. While he was a physical freak, he lacked the "bend" to be a true edge player, and at the same time, he was too fast and too athletic to play DE in a 3-4.

Clowney was viewed as an athlete with insane potential, that you build a defense around. If he was not a scheme "fit," then you remake the scheme around him.

There is just one problem. The Texans already had JJ Watt. JJ Watt re-invented the 3-4 DE. He would routinely rush from the wide-9 alignment in almost all of Houston's sub formations, only moving inside when they were in base. What this means is JJ would rush outside the OLB. If JJ is outside the OLB, then that OLB needs to clean up blocks and running backs and not focusing on rushing the passer.

In 2014 the Texans took the BPA. He was not a scheme fit, and the Texans were not able to gameplan to the strengths of Clowney, Mercilus, and Watt. Instead of developing Clowney into a generational pass rusher, they molded him into an elite run defender (that was asked to play pass coverage entirely too much. Imagine if they had taken a scheme fit instead? Or if the Texans took a "true OLB" and moved on from Mercilus?

I purposely chose Aaron Donald and Khalil Mack to highlight the Clowney pick because they are constantly compared to him in regards to his production. "Clowney did not produce like Mack or Donald." "He's a bust." If there was a redo on the 2014 Draft, Clowney would be selected behind both Mack and Donald. This is to highlight that no-one knows who the BPA really is. Sometimes selecting by need and scheme fit creates the BPA, while selecting by BPA prevents that player from becoming the BPA. Both Mack and Donald are on "Hall of Fame" level projections. If they had been drafted to the Texans and fitted to a "scheme" and asked to support JJ would that still be the case? Would we be speaking of Clowney in the same manner that we currently speak of Mack and Donald? Would either Mack or Donald be the "elite" role player without the big numbers?

Now on to my takes on the 2020 draft. For those of you not familiar with my underlying philosophy, it's merely asking is the prospect young? Athletic? And did they produce?

Production: Co-Big 10 freshman at 18! Who would have been a first-round pick if it wasn't for his injury history? He played 4-2-5 DT in college at TCU and his senior year, he produced 40 tackles, nine tackles for loss, 30 pressures, and 3.5 sacks.

Analysis: Confused about where we will play him. Is this a signal that we are officially done with the 3-4? On Base, he would most likely play DE/3-Tech and will not be asked to two-gap a center. Blacklock is not a replacement for DJ Reader.

Before his Senior Year, Blacklock only had two sacks. His Junior Season, he tore his Achilles and slimmed down by 25lbs. This slimmer version of Blacklock appears to be a more slippery pass rusher, which would allow him to flourish as a 3-4 end if he can maintain his high ability to stop the run.

However, he is young, and maybe they are hoping he will grow back into a nose?

A severe wrist injury in 2018 is the most likely cause of him falling into the third. In 2019 he did not use his hands as aggressively as he did before the injury.

Honestly, Greenard was my least favorite pick. I was less than enamored with Greenard after watching him play South Carolina. I believed he was old(I was wrong he's only 22), I worried about a defensive grad transfer(very unusual for a day two pick), and I was worried about his less than elite athleticism. However, individuals much smarter than me love this pick due to his polish.

Bill O'Brien on Jonathan Greenard and where he'll line up initially: "Talking base defense, outside linebacker, I think he would be at the Sam. He could also play as a 5-technique. He's got size and strength. At his core, he's an OLB. I think he can do a lot of different things". He is going to be asked to cover, blitz, and play the run.

When you imagine Greenard as a SAM linebacker, the pick makes more sense. Greenard is not here to compete with Mercilius, Edgifor, or Martin, but with Brennen Scarlett. This position requires polish and a willingness to do the dirty work, which I believe Greenard has.

Production: 3-year starter at UNC 2 years as an RT and one year as an LT.

Analysis: Developed from TE to RT to LT at UNC. Father was a former 15th overall pick and is now the O-line coach with the Chiefs. Much better in run blocking than pass blocking. Has demonstrated the ability to play both Tackles. Looked better as a RT than a LT. But the ideal size to play either. Meh? A necessity in today's NFL. The swing tackle will get reps, but it is not very exciting.

Analysis: Before his knee injury, he was considered one of the top 5 man coverage corners in college football. A former 4-star recruit and top 20 CB prep prospect. He reminds me of Brent Grimes - capable of playing outside, but due to his lack of length, he will be "classified" as a slot corner - insanely athletic, but undersized. If the only thing you added was length, he would be a top 5 CB in this draft. Unfortunately, you can not coach size. Reid is still my favorite pick of the draft. Plays with both athleticism and intelligence. I believe he has a chance to overcome his size limitation. I would not be surprised if he surpassed Vernon Hargreaves for the slot role this season.

Production: Coulter's 72/1,039/8 receiving as a true junior still takes precedence among small school wideouts. As The Athletic's Dane Brugler notes, Coulter also stepped up to the plate with 9/152/0 against Virginia Tech, 2/53/1 against Ohio, and 10/156/1 versus UConn in his three career games in FBS play.