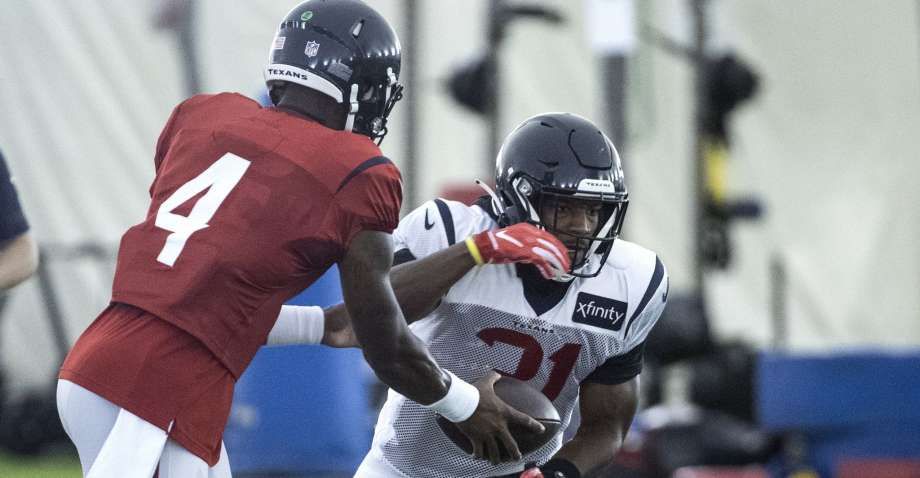 What about the Houston Texans Offensive Line and Run Game?

The optimism surrounding the Houston Texans is most definitely on offense, particularly the passing offense. Most of the attention heads towards Deshaun Watson and the great veteran receivers around him. But if we know BOB, he'll still be leaning heavily on the run game. Every offense needs balance, and it's important not to forget about David, Duke Johnson, and the offensive line, when projecting our offense for 2020. So, let's analyze the starters, depth and the symbiotic relationship between these two aspects. 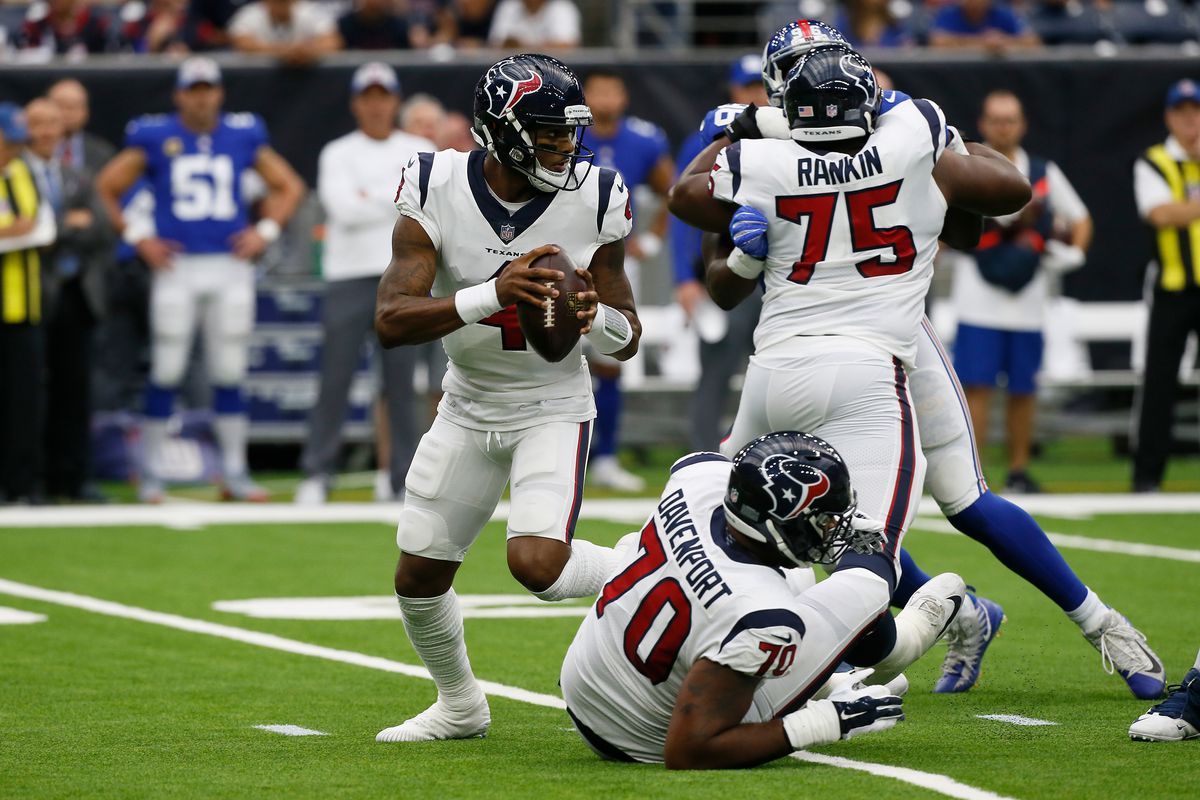 Quick thank you to Joshua Stalling for the idea of this article! He prompted this article by asking whether the offensive line has enough depth to withstand the eventual injury or two that will happen, and the same thing with our RBs.

First, let's talk OL. The Texans OL has come A LONG way in just this past year. Seemingly forever an issue, we couldn't let Deshaun Watson suffer behind a clusterf*ck of an OL for any longer. Seeing the Colts destroy Andrew Luck's career, was definitely a wake up call, and a path we couldn't go down. So in just one offseason, we invested 3 first round picks (Laremy Tunsil and Tytus Howard) and 2 second round picks (Laremy Tunsil and Max Scharping). That's an absurd amount of capital to pour into three players, but it was MUCH NEEDED. The OT position has been a complete liability, ever since we parted ways with Duane Brown. No longer will we deal with Chris Clark, Breno Giacommini, Julien Davenport and co getting our QB absolutely killed on every play. Tunsil and Tytus have the potential to lockdown the OT position for years to come, and protecting your franchise QB is a move very few can criticize.

Max Scharping was the biggest surprise however, as he was the second best player on the OL, in just his rookie season. He, an improved Nick Martin, and Zach Fulton make up the strongest interior OL we've had in recent memory. I wrote about the starting 5 OL and the importance of chemistry and continuity they're building here:

So I wont harp on them for too much.

When the starting 5 was healthy, we looked very formidable, but if there was one thing to complain about, it would be their execution on stunts and/or blitzes. Dealing with those actions from the defense takes communication and trust, between the guys next to you, fighting in the trenches. So we should see natural progression in that sense, but also progression from the young guys. Tytus and Scharping were heralded as raw and developmental prospects, and Tytus in particular was said to have one of the highest ceilings in the draft. Going from your rookie to sophomore year will certainly entail natural progression, so we should be confident that Tytus and Scharping should take a solid jump. Nick Martin is also someone who's still trending upward. He did a complete 180 this past year, having a breakout campaign. I still wouldn't say he's worth top 5 center money that he's being paid, but he looks like a completely different guy, and in a couple years, no one will care.

How can we contextualize their improvements though? I'm not a big believer in offensive line stats/metrics, there's just too much needed context that only the film can provide on a play by play basis. But that being said, the Texans finished 8th in pass block win rate, and it should be expected that we could jump up a couple spots, maybe as high as 5th? Where the real improvement could hopefully come, is in the run blocking. We were ranked 21st by Football outsiders in adjusted line yards, but were promising in some key areas. For example, we ranked 1st in power success - which in simple terms is basically short yardage situations. We also ranked 12th in 2nd level success - something that should get even better with more continuity (see article!). The adjusted line yards needs to improve, as it is essentially the amount of yards the OL blocks for the RB, before they get contacted. This is an area where the youngsters growing into their "NFL" bodies will help to create lanes. Before we get into how the RBs can impact this stat, let's quickly go over the offensive line depth (since that was the original idea behind this article).

Everyone needs some depth

Behind Laremy Tunsil and Tytus Howard are Brett Qvale (ew), Roderick Johnson(I like, but the coaches don’t), Charlie Heck (let's just say im not too fond of him) and newly signed Jerrald Hawkins. Not really a group you would be too confident in. We saw last year that there was a huge talent drop off from Tytus to Chris Clark/Rod Johnson, and a similar drop off could be experienced this year. I have zero faith in Qvale, and I don't see any reason why someone should. I like Rod Johnson's run blocking, but his pass sets need big time work. He's still relatively young, and would be my favorite option for our swing tackle, but he's not some stud. I absolutely hate Charlie Heck's college film with a passion, and think he will take some serious time to develop into a swing tackle. Lastly, I have zero knowledge on Hawkins, he could be a gem, or just another journeyman. I won't give you a BS evaluation of him, because I hate when people make stuff up like that.

So while I'm not very confident in our backup tackles, I kind of sort of like our interior depth a little more. Greg Mancz has proven that he's not exactly starter material, but he can fill in on any three of the interior positions, and not be a complete liability…most of the time. Senio Kelemete is sort of the same, he can play either guard role, and be just slightly below average (which is all you can really ask for out of your depth). It's the versatility that those two bring, that's quite important. Overall though, if we were to lose say, Laremy Tunsil for an extended period of time, we would see a big drop off. But if we lost say Zach Fulton or Nick Martin, I would feel better about our chances to keep the offense afloat. 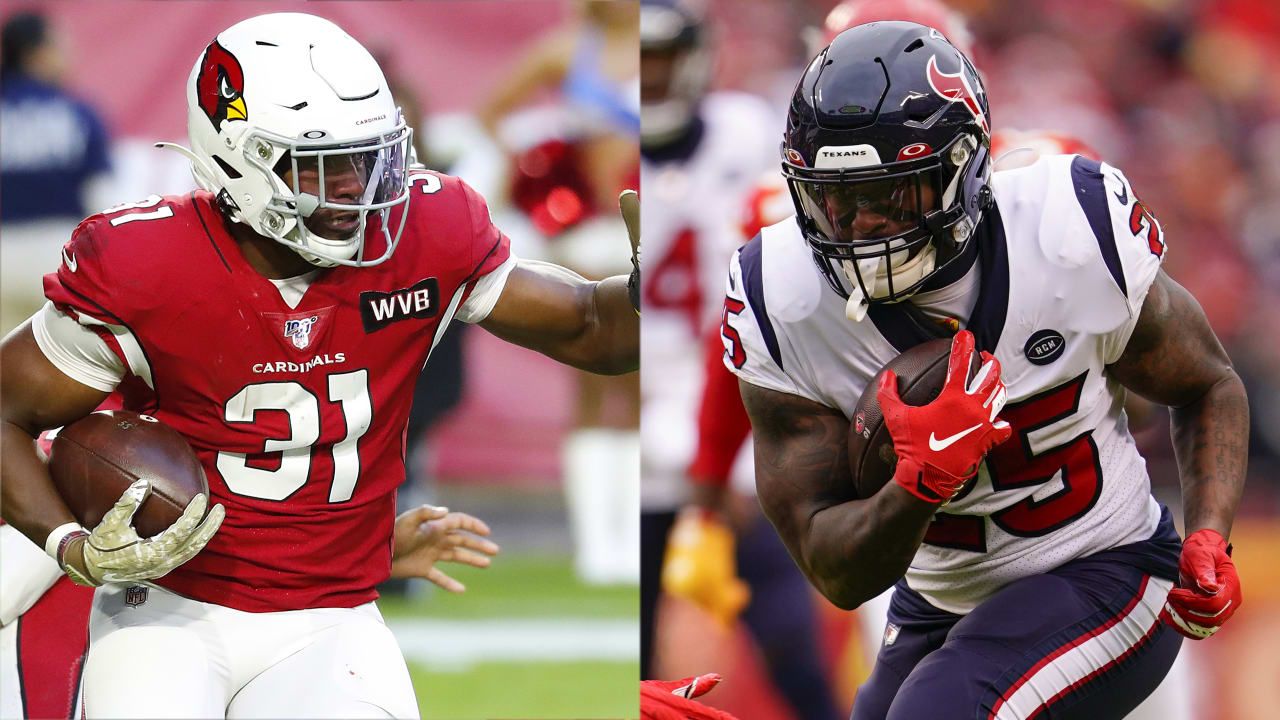 Ooof, if you've gotten this far, you must really love the OL, or just skipped ahead to the RBs (I don’t blame you). With the arrival of David Johnson, I feel like he's got an unfair amount of negativity and pressure on his shoulders, because of the Nuk trade. He's more motivated than ever, in the best shape of his life, and is clearly using the haters as fuel for this season. He's been a standout in camp so far, but RBs are hard to judge, until we see it in game. So, let's talk about the idea of David Johnson. A true dual threat RB, that is what really enticed BOB to trade for David. No longer will teams know that the Texans are running the ball when Carlos Hyde was in the game. That ambiguity certainly helps the play calling aspect of the offense. What's also important to note, is how David is best used, scheme wise. He has excelled in zone blocking schemes, where we can stretch the defense horizontally, then he can find a cutback lane (a la Arian Foster). His vision running this scheme is far better than during gap runs, and the Texans love to run inside and some outside zone. I would love to see more outside zone, as that's where David is at his best, and I think the offensive line having more continuity together, will help to improve their adjusted line yards, and make David's job easier.

To be realistic though, I don’t expect the run game to just take off right away. BOB's offense is known for being difficult to pick up, and David Johnson has even admitted to it taking some time, because things were online instead of in person, at first. The run game reads and blocking can be more complex than the naked eye can see, and the running back needs to have good chemistry with the OL. That type of chemistry is best built within games, so don't hate on David early in the season, if he's not balling out yet.

David has gotten a reputation to be injury prone, but that's another false narrative. He's played in all 16 games in 3 of his 5 seasons. A broken wrist was the main culprit for him missing games, but that's a fluke injury, nothing like a reoccurring soft tissue injury that makes someone actually injury prone. Going on 29, RBs tend to break down, and IF, yes IF, he does get injured, can we trust in the other RBs on the roster, to make up for his loss. My short answer, yes.

My long answer goes into my undivided praise of Duke Johnson. I honestly believe he's the best RB on the team, and the best RB we've had since Arian Foster. He's had the reputation as an elite receiving RB (I think he's better than David in that sense) and while he's most definitely elite there, he's also a better runner than most give him credit for. His vision and ability to manipulate blocks was very refreshing to watch. He's got all the juice to make cuts and hit holes, that most RBs cant. He's also elite at making the first defender miss, leading to extra yardage. He's consistently praised as one of the most efficient backs in the league, and if he became the starter, you would have to expect he would become a bit less efficient, with the added volume. But overall, if given the snaps to be a RB1, he would have a great impact, and I don't think we would see much of a drop off at all, from David to him.

The question then becomes, who becomes the 3rd down back? As it stands, Buddy Howell, Karan Higdon or Scottie Phillips are next in line. All three have had very little chance to prove themselves. Howell is mainly a special teamer, and has flashed occasionally in preseason. He seems to be the favorite of the three, but in my opinion, Scottie Phillips is the most talented of the three. He's a tough physical runner, despite his size. With great vision and patience when hitting the hole. As an undrafted RB, it was hard not to think of Arian Foster, but his game also represents the legend. I liked his ability to block, and catch the ball out of the backfield as well, and think he deserves the RB3 role.

Overall, the depth on this team has improved drastically over the years. Mainly the offensive weapons and skill positions, which have hurt us in the past. The OL depth isn't perfect, but if we lose another starter, Deshaun will have to do better about setting protection, and getting the ball out quicker, to game plan around that incumbent backup. The cohesiveness between the OL and the RB will be interesting to watch, and this is definitely a topic that needs to be revisited throughout the season.