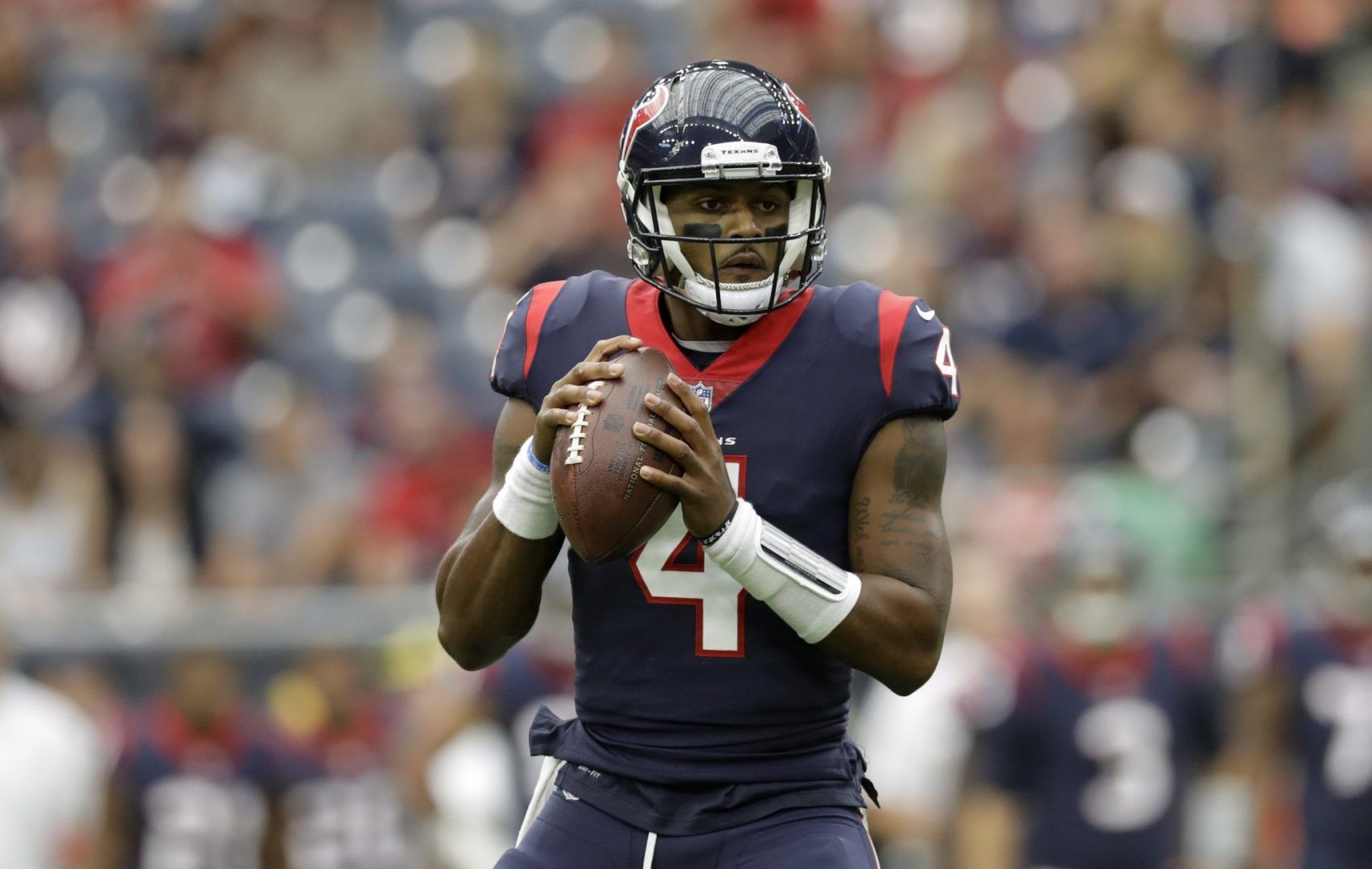 The Houston Texans (0-2) are facing the undefeated Pittsburgh Steelers (2-0) with the hopes of ending their drought and getting back on track.

Preparing for the Steel Curtain

The Houston Texans have faced two of the tougher opponents in the AFC, and the Pittsburgh Steelers present a tall task with their stout defense. Their defense ranks second in the league with 10 sacks and second overall with only allowing an average of 305 yards per game.

It's fair to point out that those numbers look inflated with them facing second-year New York Giants quarterback Daniel Jones in Week 1 and Denver Broncos backup signal-caller, Jeff Driskell in Week 2. Deshaun Watson is the toughest quarterback that Pittsburgh will have to face, but the Steelers' defense can pose a problem for Houston as the Texans look to get on the same page with DeAndre Hopkins no longer in the picture.

The Texans offense has looked out sorts at times, and this will be a challenge for Houston as they look to get their first win on the road against a defense that has eight players with a sack registered on their stat line for the season.

T.J. Watt needs no introduction as the youngest Watt brother, but he is starting right where he picked off last season with 5 tackles, 2.5 sacks, 3.5 TFL, 2 pass deflections, and an interception.

Texans will have their hands full, but they need to turn things around after two tough losses to start the season. Talent isn't the issue for the offense, but there are obvious signs of miscommunication that will need to be addressed for Houston to fire on all cylinders.

The Houston Texans have had their growing pains without DeAndre Hopkins, and that was to be expected in the short term, but Houston needs to start showing signs of life post-Hopkins in order to succeed down the road.

How bad is Deshaun Watson's chemistry with the wide receivers? He has yet to throw a touchdown to any receiver besides the tight end duo in Jordan Akins (Week 1) and Darren Fells (Week 2). Watson had connected with a wide receiver for at least one touchdown at the start of each season since he became the full-time starter in 2018.

Playcalling and personnel have to be on the same page for there to be success on the field and that has yet to occur on a consistent basis in 2019. Watson shoulders some of the blame, but the offensive line has shown to be a bit shaky outside of Laremy Tunsil.

The offensive line has the potential at least be an above-average unit, but there needs to be a lot more cohesiveness to make the leaps to meet the expectations ahead of them.

Watson has been the most sacked quarterback in the league with 8 sacks, but he also shares some of the responsibility as he holds onto the football to try to make some his patented deep throws to put the offense in scoring position.

We all know Watson won't change that part of his game as it has paid off more than it has come back to bite him, but he will need to checkdown to his running backs more often now that he has two talented receivers out of the backfield in David and Duke Johnson.

Duke remains a coin toss after he suffered an ankle injury in Week 1 that forced him to miss the following game, but Houston will have to get David more involved in the passing game to be a mismatch against linebackers

If you want to talk about explosiveness, David has 50 yards after the catch which ranks only second to Akins on the team, who has 51. The Steelers defense shut down Saquon Barkley in the run game for Week 1, so it'll be important they use David in the passing game in case that the run game struggles similar to how it did against the Baltimore Ravens.

The Texans offense is a wildcard given that they have all the pieces to the puzzle to make it work, but it'll be a question when it all clicks into place. The offense has averaged 18 points in the first two games, and have fallen flat at the start of each second half with scoreless third quarters.

This offense has a lot that needs to improve if they hope to turn it around in Week 3.

Defense needs to come up big against Big Ben

The Houston Texans managed to keep the Baltimore Ravens to only two touchdowns in Week 2 and looked to hold their own until the fourth quarter when the game was already out of reach.

P.J. Hall and Jacob Martin have been two players that have impressed early on and it will be intriguing to see whether Anthony Weaver gives them more snaps after their solid performances early on.

However, the defensive unit will have to harness that energy once more against the Steelers if they hope to come up with a win in Week 3. Houston faced one of the best rushing attacks in Baltimore (3rd), so they should be better equipped to face the Steelers' rushing game (14th).

Another underrated storyline to follow is whether Texans' defense can force any turnovers after laying a couple of goose eggs in the first two games. Funny enough, the Steelers currently lead the league with four fumbles on offense but only lost one.

The Texans need to force turnovers in the worst way possible if they hope to win games. Houston has lost the turnover battle in their first two games and it has correlated with losses against both opponents.

The Steelers' passing attack will likely be the biggest concern as they have the 10th best passing attack with an average of 254.5 yards per game and rank 9th with 5 touchdowns. These numbers should be held with a grain of salt due to such a small sample size, but the passing game remains Pittsburgh's bread and butter.

Steelers have averaged 26 points per game, and Houston's defense has allowed an average of 33.5 points in the last two games against two of the better offenses in the league.

It'll be interesting to see whether the defense clamps down against the Steelers after limiting Baltimore to only two touchdowns or if they will also be overpowered by Pittsburgh. Texans certainly have the talent to win their first game of the regular season, but the Steelers won't be a team to take lightly.