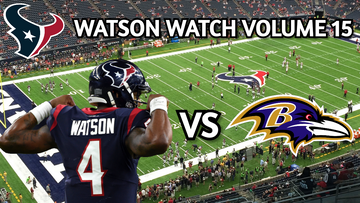 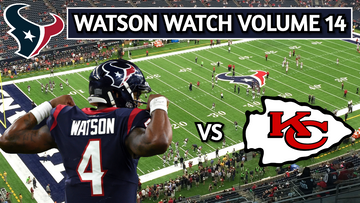 WE ARE BACK EVERYBODY! After taking some much needed weeks off, this series is back in action for the 2020 season. If you haven't checked it out, here at Texans Unfiltered, I have rewatched and broken down every single Deshaun Watson game in a Houston Texans uniform.

You can find it all, ever since his first game vs. the Jacksonville Jaguars, up until the most recent Kansas City Chiefs playoff game. All his greatness is documented for you to enjoy! But now, let's get into the breakdown of our Week 1 matchup with the Chiefs. Watson finished 20/32 for 253 yards, with 1 TD and 1 INT. That's what the stats say about his performance; let's see what the film says. 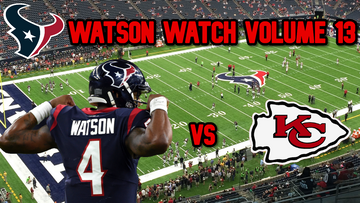 After a thrilling comeback win against the Buffalo Bills, the Houston Texans marched to Arrowhead Stadium to take on the explosive Kansas City Chiefs. I understand your concern and worry about reliving this game, but you can learn more from your losses than your wins. Reviewing the Bills game last week, it was clear that Deshaun Watson learned a lot from his first playoffs loss against the Indianapolis Colts in 2018. As much as we all want to wipe this game from our memory, I'm sure he will follow the same suit with this Chiefs loss and not make the same mistakes. The defense gets a lot of blame for this game, but after the first quarter, the offense only put up 7 points throughout the rest of the game, let's see what went right, and what went wrong. 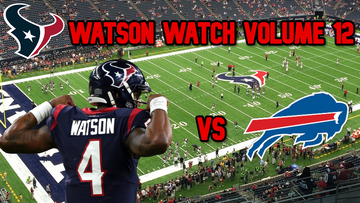 Winning the division is great and all, but the Houston Texans have their eyes set on more. We hadn't got past the 1st round since 2016, where we beat the Connor Cook led Oakland Raiders. This Bills team was no juggernaut, but certainly a better test than those Raiders. Every media "expert" predicted the Bills to win this matchup. They built a young, tough defense, and were led by the erratic but promising Josh Allen. Could Deshaun Watson pickup his first playoff win? He finished with 20/25 for for 247 yards and 1 passing TD. Adding 55 rushing yards and a rushing TD too. Let's see what the film has to say about his performance. 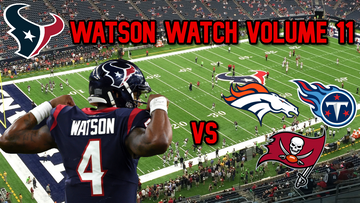 After one of the most monumental wins in Houston Texans history against the New England Patriots, everything in Texans land seemed joyous. We had beaten the elite, slain the giants, Bellichick who? The entire team seemed to click, and at a perfect time too, with the season nearing its end. Next up would be the Denver Broncos, Tennessee Titans, Tampa Bay Buccaneers, and the Titans again, to end it. Let's dive into the film and see how Quarterback Deshaun Watson played. 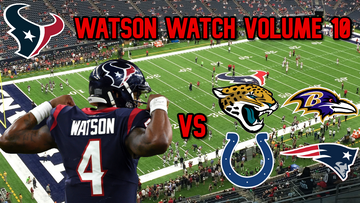 Houston Texans Quarterback Deshaun Watson is obviously the most important player on the team. So I have been rewatching every single game of his career to see his development, enjoy the highlights, and learn from the mistakes along the way. In this week's volume of Watson Watch, we break down the film of the next four games in the 2019 season, against the Jacksonville Jaguars, Baltimore Ravens (ugh), Indianapolis Colts and New England Patriots. Enjoy! 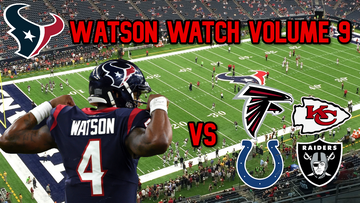 The Houston Texans would take on the Atlanta Falcons, Kansas City Chiefs, Indianapolis Colts and Oakland Raiders in their next four games. Quarterback Deshaun Watson would make some ridiculous highlight plays during this stretch and put up serious NUMBERS. He was on fire and the offense clicked like a well oiled machine. 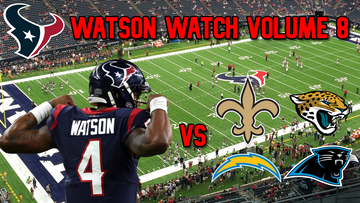 This week I break down the first four games of the Houston Texans 2019 season, through the lens of Quarterback Deshaun Watson. Games against the Saints, Jaguars, Chargers and Panthers seemed like a tough task at the time. After being bounced in the first round of the playoffs last year, Watson and the Texans were on a mission to prove themselves this year. Let's see how they started off the year and if they set a winning tone. 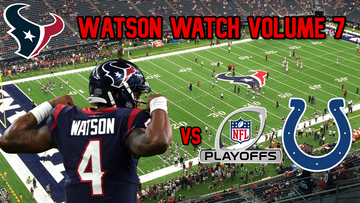 The Houston Texans went on a legendary 9 game winning streak in 2018 and had made the playoffs, but none of that mattered if we couldn't defeat the Indianapolis Colts. I hate the Colts, I'm sure you hate the Colts, so let's see what went right and what went wrong for us in this AFC Wildcard game through the eyes of Quarterback Deshaun Watson. 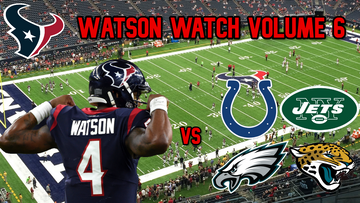 In this weeks volume of Watson Watch I break down the film of the Colts, Jets, Eagles and Jaguars games. On a ridiculous 9 game winning streak the Houston Texans looked to keep it going and push the bounds of the impossible. The first test? The rival Indianapolis Colts come to Houston. 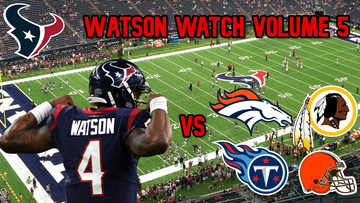 The Texans are in the middle of their best winning streak in franchise history. Last volume of Watson Watch looked at the start of the streak, and in this volume we continue it with wins against the Broncos, Redskins, Titans and Browns. Let's dive into the film through the lens of Deshaun Watson to see how he helped orchestrate this ridiculous winning streak. 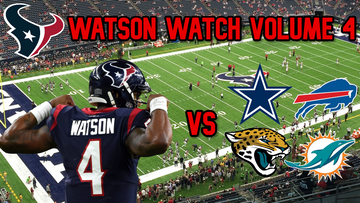 Looking to completely turn their season around after starting 0-3, the Texans got their first W of the season against the Giants. You can see the breakdown of that game in the Volume 3, but today we are looking at the next 4 W's on this legendary winning streak. We beat the Cowboys, Bills, Jaguars and Dolphins. Three tough, close wins, then finally a dam burst and we exploded against the Dolphins. Let's dive into the film and see what happened from Watson's POV. 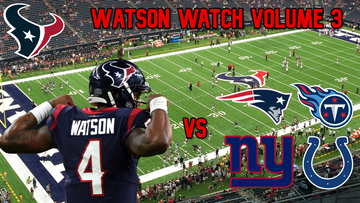 Watson Watch returns with volume three kicking off the 2018 season. Volumes one and two looked at Deshaun Watson's 7 game rookie season. We saw how he started off shaky (as expected), but started to put on a show, and was on pace to break numerous records. Unfortunately the injury slowed that parade, and Watson was forced to miss the rest of the season. Sitting out games allowed him to watch more film, get more comfortable with the offense, and have a better understanding of NFL defenses. His sophomore campaign would be filled with highlights, and the growth he made from his rookie season cannot be understated. Let's dive into the season! 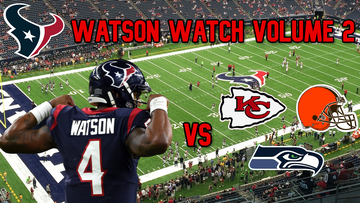 In the second volume of Watson Watch, I take a look at Watson's next and final three games in 2017 against the Chiefs, Browns and Seahawks. Watson showed tons of promise in these games, throwing a ridiculous 12 TDs in total. He was on pace to break numerous rookie records but it all unfortunately had to come to a pause. It was a crazy fun rookie season though, and will be interesting to look at how much he improves from it. 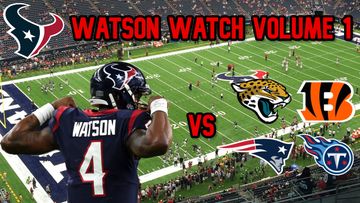 In this article I relive and break down Deshaun Watson's first four games as a Houston Texan. We get to see the highlights and lowlights of a rookie Quarterback in the NFL. Deshaun has come a long way from when he first entered the league. You should notice as a rookie, his fundamentals, mechanics, and decision making are not as elite as they are now, in 2020. This series will look to analyze and document the immense growth Deshaun has made, and how we should expect him to continue to improve. Enjoy. 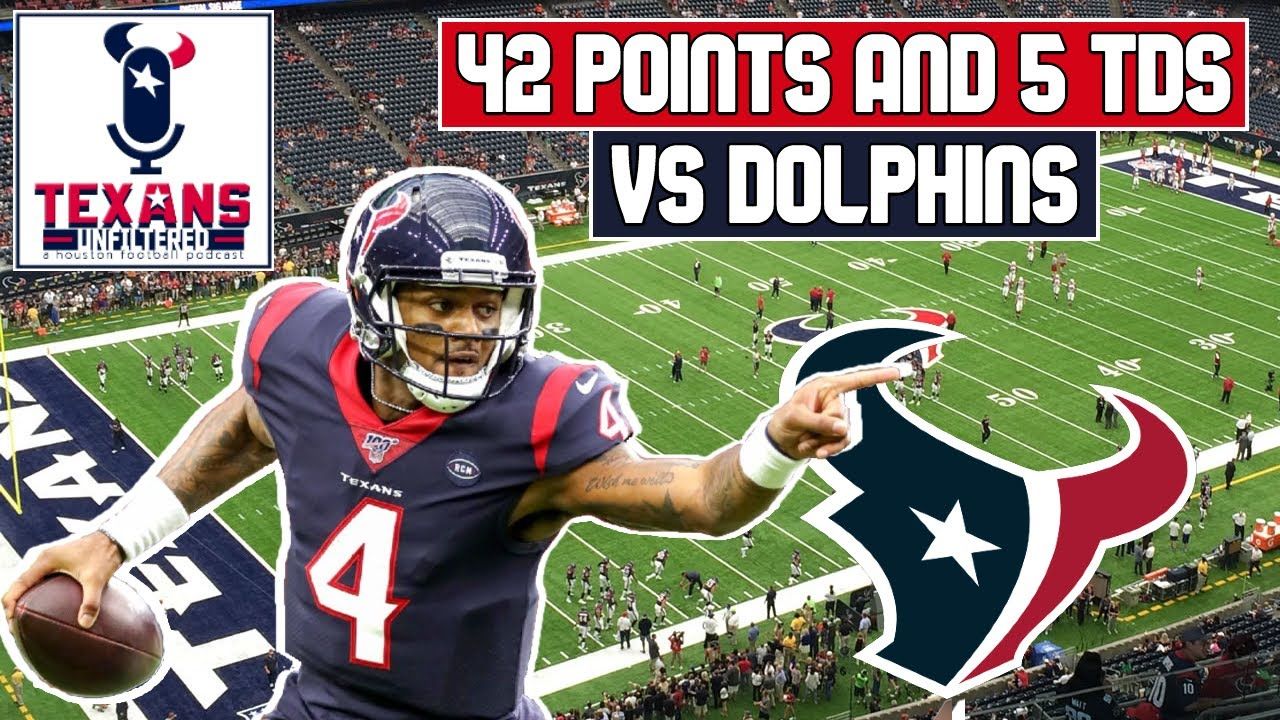 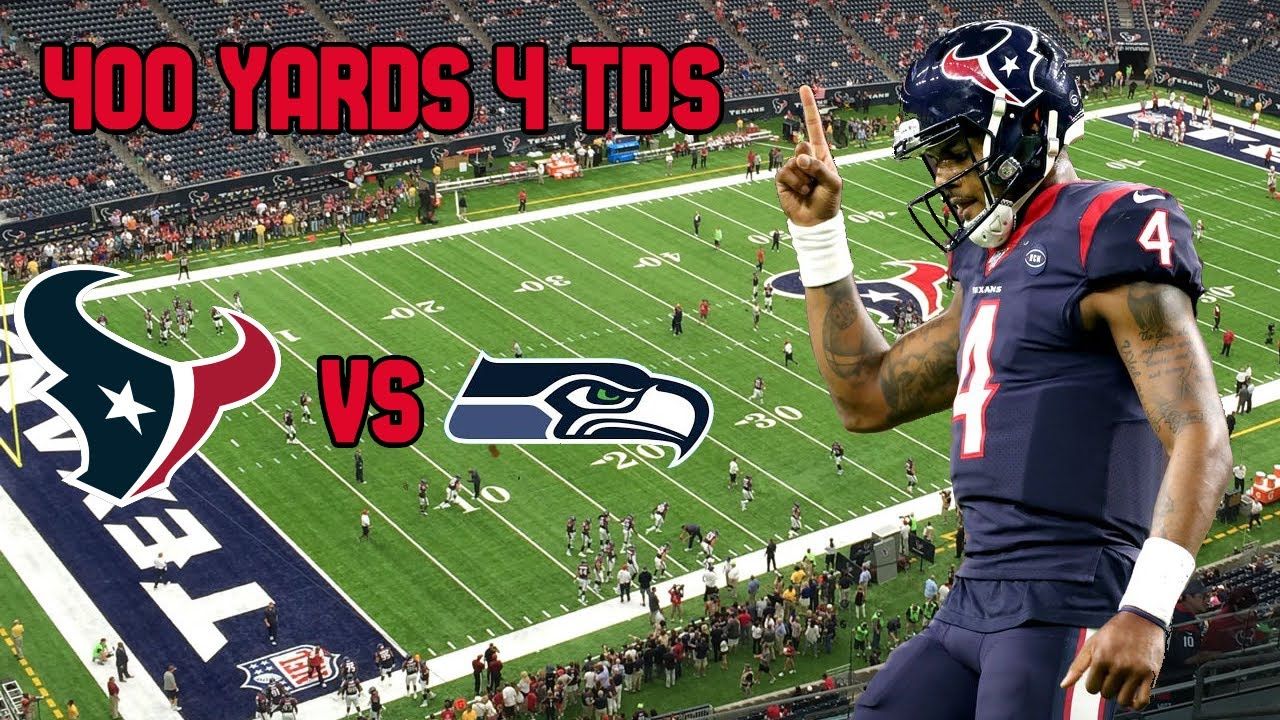 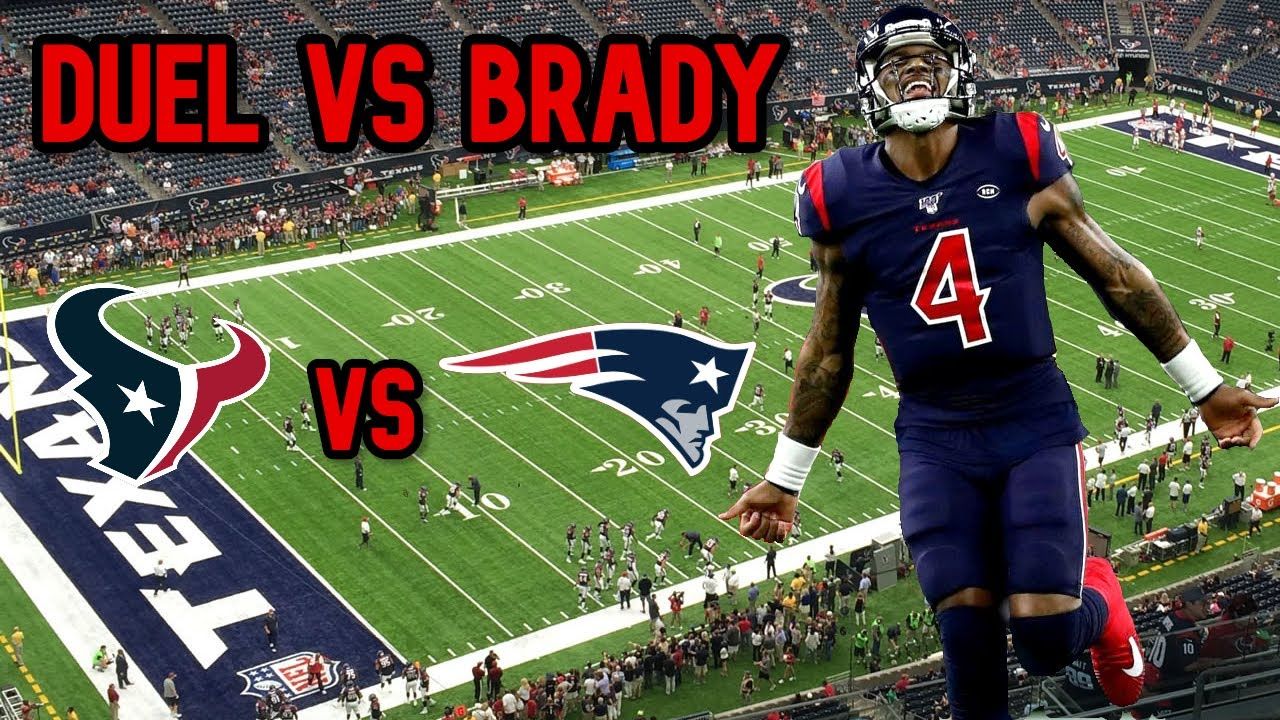 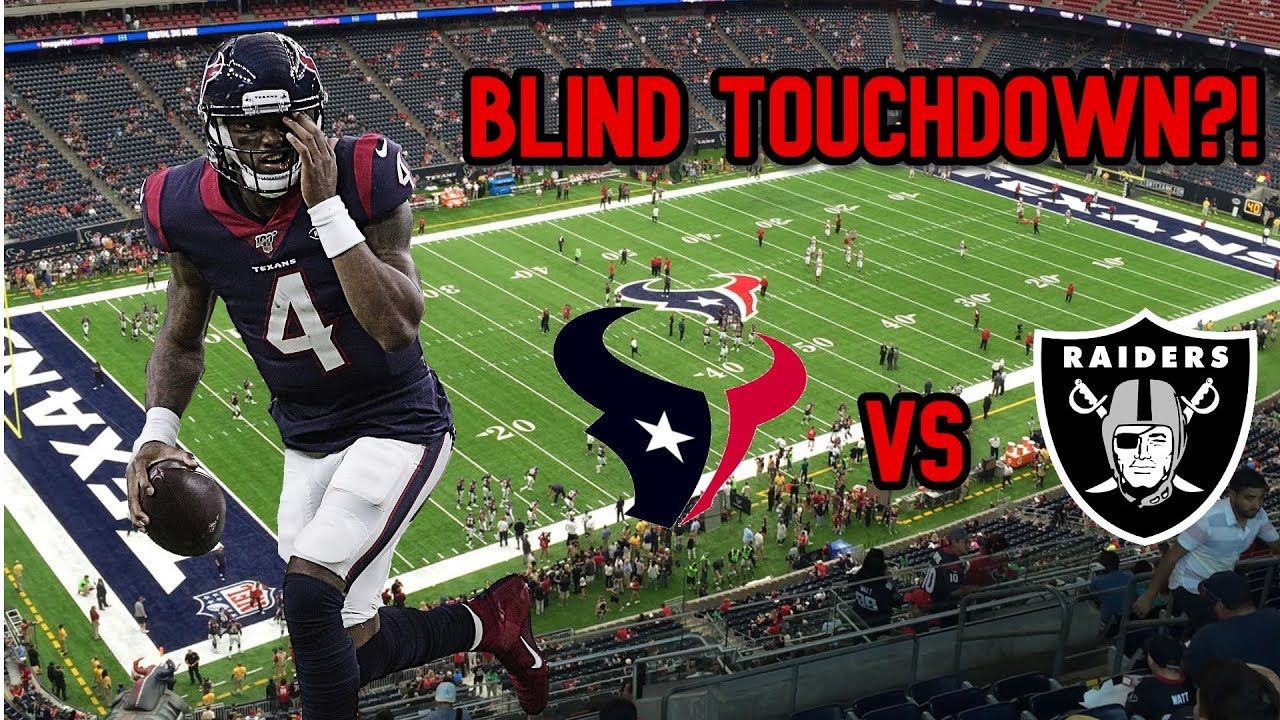