Texans' Kenny Stills is the Most Underrated WR in the NFL

Houston Texans Wide Receiver Kenny Stills seems to be the forgotten man in our deep WR room. Him playing second, third or even fourth fiddle seems to be a theme throughout his career. But let me tell you that it has nothing to do with his talents on the field. After watching his 2019 film with the Houston Texans, I was shocked with just how good he is at literally everything. He's the most well-rounded WR on the team, and honestly since Andre Johnson. No, I'm not saying he's Dre, but whatever you ask Stills to do, he'll succeed. 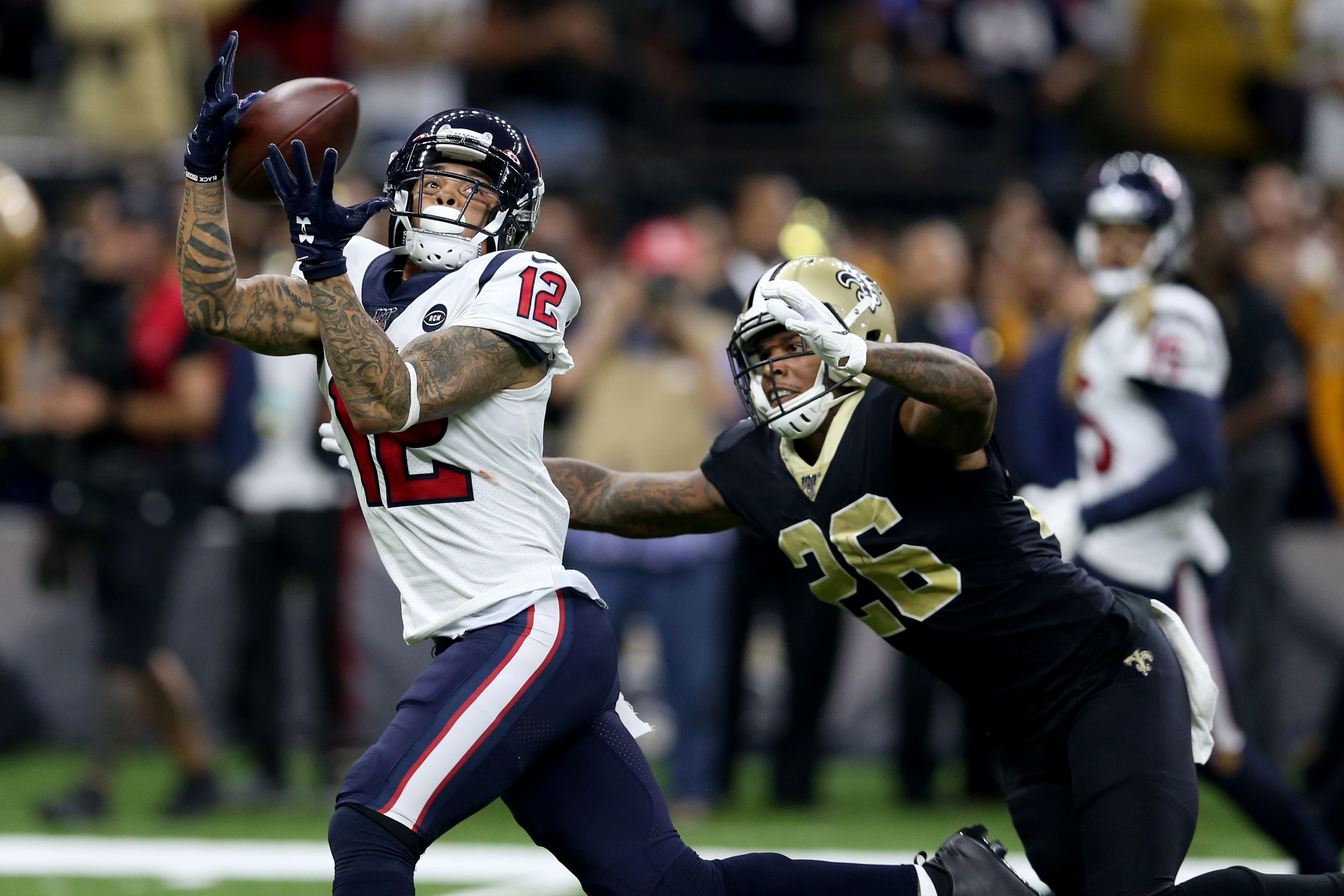 I just uploaded a YouTube video, breaking down Kenny Stills' game, so if you like that type of content, make sure to check out Texans Thoughts and Texans Unfiltered on YouTube. Here's the link!

So if Kenny Stills is so good, why has he never produced like it? Stills highest total yards in a season is just 931 and his season average over his 7 year career is just 671. Well this is where you have to think about their situation. In his first year with the Saints in 2013, he was WR2, behind Marques Colston, and really option #3 because of Jimmy Graham. Yet he still produced 641 yards, 5 TDs and a whopping 20 yards per reception.

The following year was the best of his career, this time with Colston, Graham, and Brandin Cooks, Stills was WR3 and option #4, yet somehow put up 931 yards, 3 TDs and 14.8 yards per reception. That career year would never be matched though, as he spent his next four years in purgatory with the Miami Dolphins. Having to deal with Ryan Tannehill, Ryan Fitsmagic, Jay Cutler and dare I say, Brock Osweiler. He went on to put up receiving totals of 440, 726, 847 and 553. While his TDs remained impressive at 3, 9, 6 and 6. It seemed like his talents were just wasting away with the Dolphins, and that he would never really get the chance to shine again like with the Saints.

We've seen what he can do with an elite QB, and the terrors he can rain on defenses even as the 4th option. Enter the Houston Texans. Traded for just before the season started, he and Deshaun Watson didn't have the most time to get acquainted and build chemistry. He would play 13 games and finish with 561 yards and 4 TDs. Not bad for just being thrown into the fire and having little time to get comfortable. He brought his catch% way up to 72.7% but his yards per reception went down to 14. I wouldn't worry about this too much, as he was still getting open, Watson just missed him on a couple deep balls, that would've brought his numbers up. The two have been seen practicing together nearly every day on Instagram, so I would expect that to be a lethal connection this season. Speaking of the two, let's check out the film from last year, and see what Kenny brings to the table, to make Watson's job easier.

Let's start with his ability to win downfield. Kenny Stills is fast, he may not be Will Fuller or Brandin Cooks fast, but he's still 4.38 fast. While he can just run by CBs at times, it's how he pairs that speed with his deceptive downfield route running, that really helps him get open. I'm sure you'll remember his Touchdown vs the Patriots, that really helped the Texans offense explode. Well the route is a thing of beauty.

He runs a post at first, and he runs it a bit rounded, to try and get the CB to undercut it. He even looks back at Quarterback Deshaun Watson, really selling like the post his is route. But Stills is a master of disguise, and he's really running a post corner. Most post corner routes only sell the post for a step or two, not the five that Stills does here. He's already beaten the CB on the post with his pure speed, but then the deceptiveness to turn it into a corner and really leave him in the dust is absurd.

He's really a big play waiting to happen, and it's his ability to step up in clutch moments that really makes him a QB's best friend. I'm sure you'll remember this Touchdown against the Saints as well. With seconds remaining on the clock, and the chance to play the hero, Stills steps up to the plate and delivers.

The route is yet another sign of expert illusion. Watch how Stills releases to the outside. Because of the situation and the Saints CBs knowing that the Texans need to get out of bounds to stop the clock, this outside release indicates an out breaking route to the sideline. So the Saints CB is already making his way in that direction. But Kenny doesn't care about stopping the clock when he can just score right now. So that outside release is only deception, for the inside post that he is actually running. Kenny gets the CB's hips flipped outside, and while he tries to speed turn inside, it's just not fast enough. You've got to play perfect to keep up with Stills' 4.38 speed, and this coverage was far from perfect. TOUCHDOWN!

Now like I mentioned earlier, there were times where Deshaun just barely missed Kenny Stills on a deep ball. By my tracking, there were at least 6 plays (definitely more) that he overthrew Kenny. The deep ball is the hardest part of the offense to get down, if you don't have time to practice and get that chemistry down. Throwing a deep ball to Will Fuller is different from DeAndre Hopkins and different from Kenny Stills. So there were definitely plays like this one that we should see be connected next year.

The next thing I want to talk about quickly is route running. We already saw it earlier with how he runs deep routes, but Stills can run a full route tree and embarrass CBs. Route running is everything to me, separation is key in the NFL and Stills is very detailed in his routes. This is my favorite route of his, a nasty post curl. He sells the post really well by looking back to Deshaun for the pass. Then he quickly sits down, getting low, flipping his hips and cutting outside on a dime. The CB is lost and has no way of recovering.

Those deceptive double moves really make the offense more complex and less predictable. Another example of less predictability is on this great flea flicker. Stills motions across the formation and out to the sideline, he stops running once the ball is handed off, really selling that run fake. Then he bursts downfield and right past the CB. As Deshaun gets the ball back, Stills is wide open. He leads him downfield and man, this should've been six! Just such a great acting job by Stills. GIVE THIS MAN AN OSCAR!

The Texans line up Stills in the slot, out wide and even ask him to take jet sweeps. There just isn't anything he can't do. He can play the "deep threat" role and make big plays, taking the top off the defense. He can play the "move the chains" role, running crisp routes and always being open. He can play the "gadget" role by handing him the ball and letting him go to work.