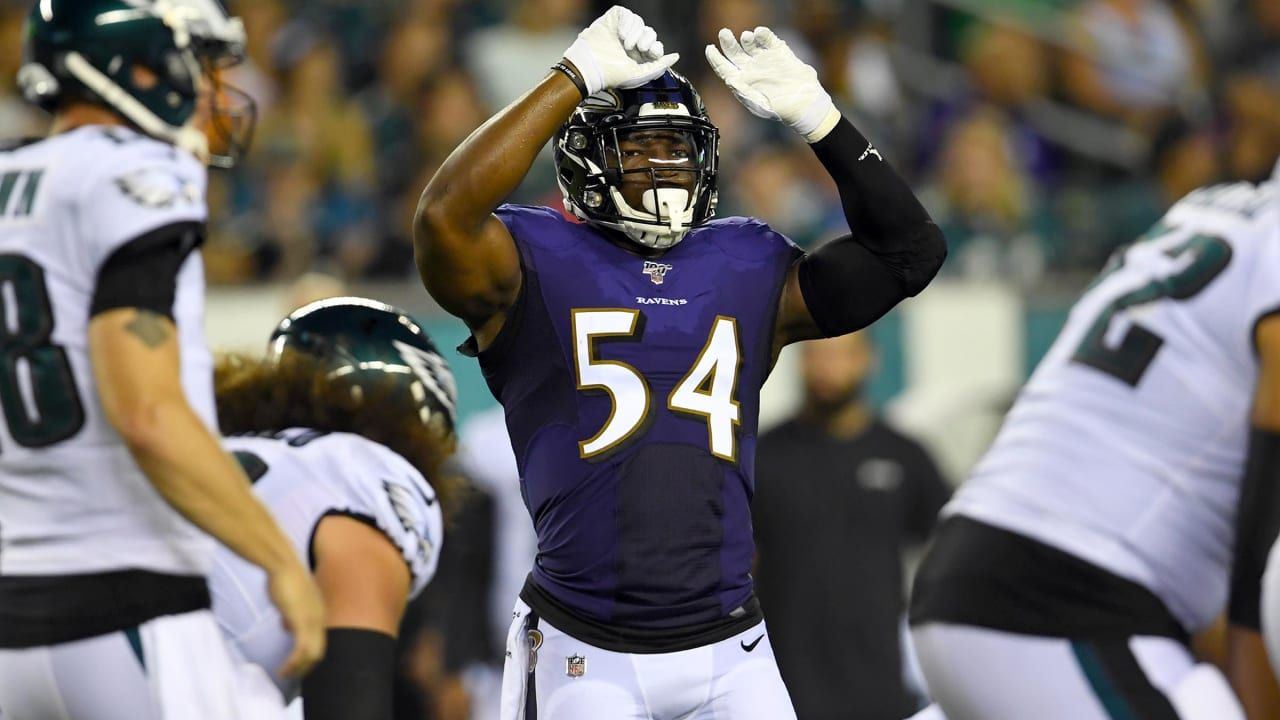 In this series, I’ll be reviewing some of my favorite NFL free agent options and seeing how they fit with the Houston Texans from scheme, financial and timeline standpoints. First up, Baltimore Ravens OLB/DE Tyus Bowser.

Bowser is entering his fifth year in the NFL and has only missed one game out of a possible 64 (no injury concerns!). Coming out of college at Houston, he was known as a pure athlete who had the versatility to play OLB/DE. That has translated to his time with the Ravens as he’s had plenty of success in a 3-4 OLB role, rushing the QB but also dropping in coverage. In addition, the Ravens deploy him as a standup LB on clear passing downs, mugging the B Gaps, where he is great at running stunts to confuse the OL.

Until we get any confirmation that Lovie is orchestrating any other defense, let’s assume he brings his patented 4-3 Tampa 2. Bowser’s versatility works perfect for this scheme, and he slots into the SAM LB position with ease. The SAM is expected to line up on the strong side of the formation, where the offense’s TE is. Bowser can take on the TE in run defense, setting a strong edge, as seen below.

Bowser is a 3-4 OLB here, but attacks the TE 1-on-1. If Lovie brings a 4-3 Under formation, Bowser will be deployed on the LOS like here. He punches the TE in the chest, extending his arms and locking out. He moves his feet laterally to contain the EDGE, then sheds the block and helps on the tackle, as the RB comes his way.

From this SAM position, Bowser will also be asked to rush the QB. While he’s not super consistent with the success of his pass rush moves, you can always count on his freaky athleticism and high level motor. In a four man front, Bowser attacks LT Laremy Tunsil and has to deal with a chip block from the RB David Johnson. He doesn’t win his rush initially, but as his teammate Matt Judon comes barreling forward, Tunsil and Tytus stop blocking, while Tyus’ motor keeps revving, earning him the half sack.

Bowser has a variety of pass rush moves, in the mix of clips below you’ll see a ghost-dip, chop-spin, chop-rip and nice inside move.

However, with 10.5 career sacks in 4 years, I don’t think Tyus is on the brink of breaking out, UNLESS he makes some changes. While he tries a variety of moves, he hasn’t mastered one, yet. Majority of his sack production comes from his high motor and athleticism, not a perfectly executed pass rush move. For him to reach his very high potential, I would recommend Tyus narrows down his repertoire and masters 1-2 moves first.

The major reason as to why Bowser hasn’t been a more productive pass rusher is because he struggles to defeat the outside hand of the tackle he’s facing. Versus RT Tytus Howard, Bowser tries to get Tytus’ right hand off of him by using a chop move, but has no success and ends up in the dirt.

I think Tyus can have a good impact rushing the QB from the interior. Quite often Ravens DC Wink Martindale lined him up in the B Gaps and asked him to run stunts with the other DL. Bowser starts his rush towards RG Zach Fulton, but then loops around his DTs, who occupy Fulton instead. Then he crashes through C Nick Martin’s attempt at a block and sacks QB AJ McCarron.

The final and most important area Tyus can help the Texans is in coverage. His athleticism helps him big time here but he also has great feel and understanding of routes. While I wouldn’t want him in man coverage vs RBs all the time, he locks down Browns’ Kareem Hunt here. As Hunt gives a slight head fake inside, Bowser aint buying it at all. He feels Hunt breaking outside and uses his elite acceleration to break on the ball and get a hand on it. BEAUTIFUL.

He’s very aware and smart in zone coverage as well. Lined up over the LG, Bowser initially fakes a rush to the QB. Then he drops back into a hook zone. I love how he turns his head and finds Travis Kelce, knowing he needs the utmost attention. He gains good depth and then flips his hips and runs inside, following Kelce on his break, and not even allowing a target.

Bowser had 3 INTs this year and this one is a BEAUTY. Lined up on the LOS as a 3-4 OLB (he can still play this role in a 4-3 Under) Bowser drops back in coverage and reads Baker Mayfield's eyes like a book. He senses the out route is coming and gains depth very quickly. Slick one handed catch and a near pick 6! Texans need this level of athleticism and IQ from their LBs

I’ve talked up Bowser a lot, so what’s a player of his talents going to get on the open market? Overthecap predicts his market value to be 4 million per year. I think this is a little low but a good baseline. Teams that value his versatility and youth should be willing to pay a bit more.

An article from Raven Country (Sports Illustrated) states Bowser could sign a contract over 10 million per year. At that point, I think I would pass if I’m the Texans, but I think somewhere around 7 million per year would be fair. He’s not going to fill up the stat sheets with sacks or TFLs, but he’ll play his role to perfection, and has a jack of all trades, master of none mantra.

The Texans should ideally go after young players who fit their rebuilding timeline, or older vets who are looking to get paid one last time, and are willing to take a 1-2 year deal. Bowser falls in the first category, being 25, his best years are ahead of him. Bowser still has room for development and hopefully he envisions a hometown reunion. 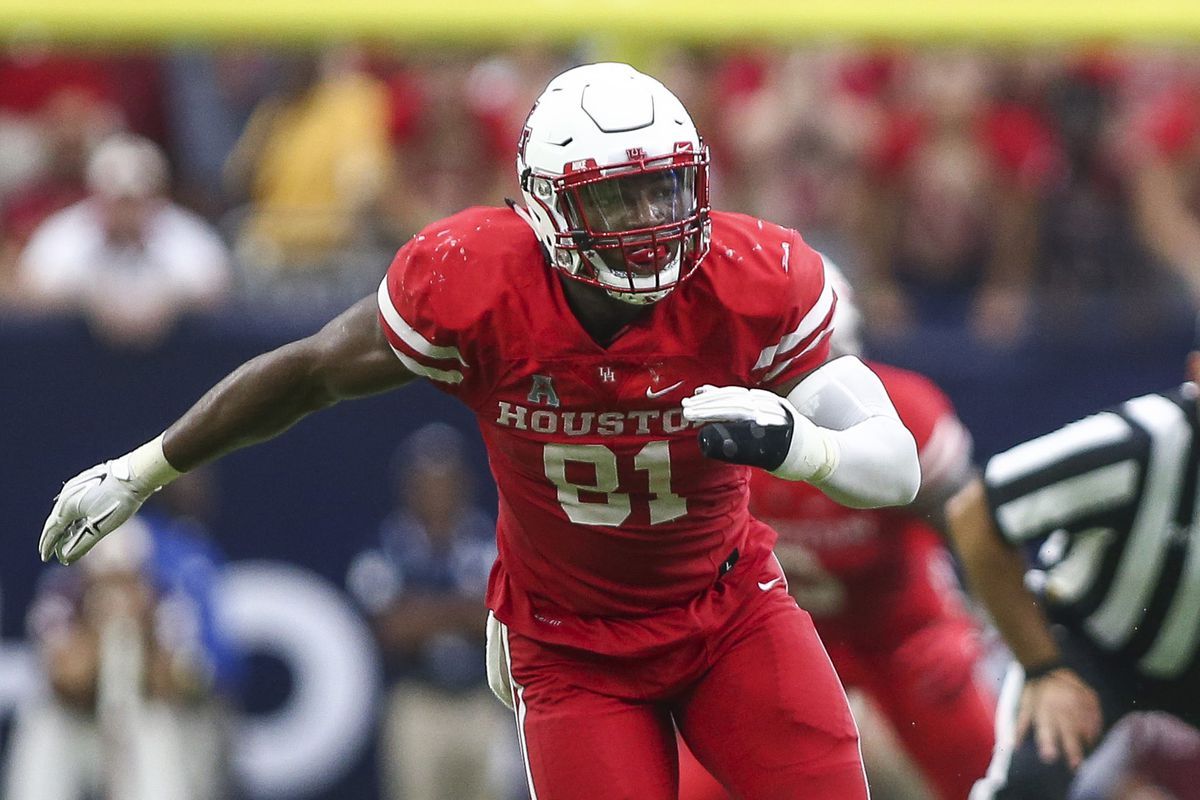 I would absolutely love Tyus Bowser on the Texans but wherever he plays, I hope his DC knows how to use him correctly. His role is one that Anthony Weaver envisioned for Jacob Martin. Rushing the QB off the EDGE, using his athleticism and motor. While also lining up on the interior, running stunts and being able to drop in coverage. Maybe he’ll stay in Baltimore after all and Weaver can have the player he wanted the GOAT to be.