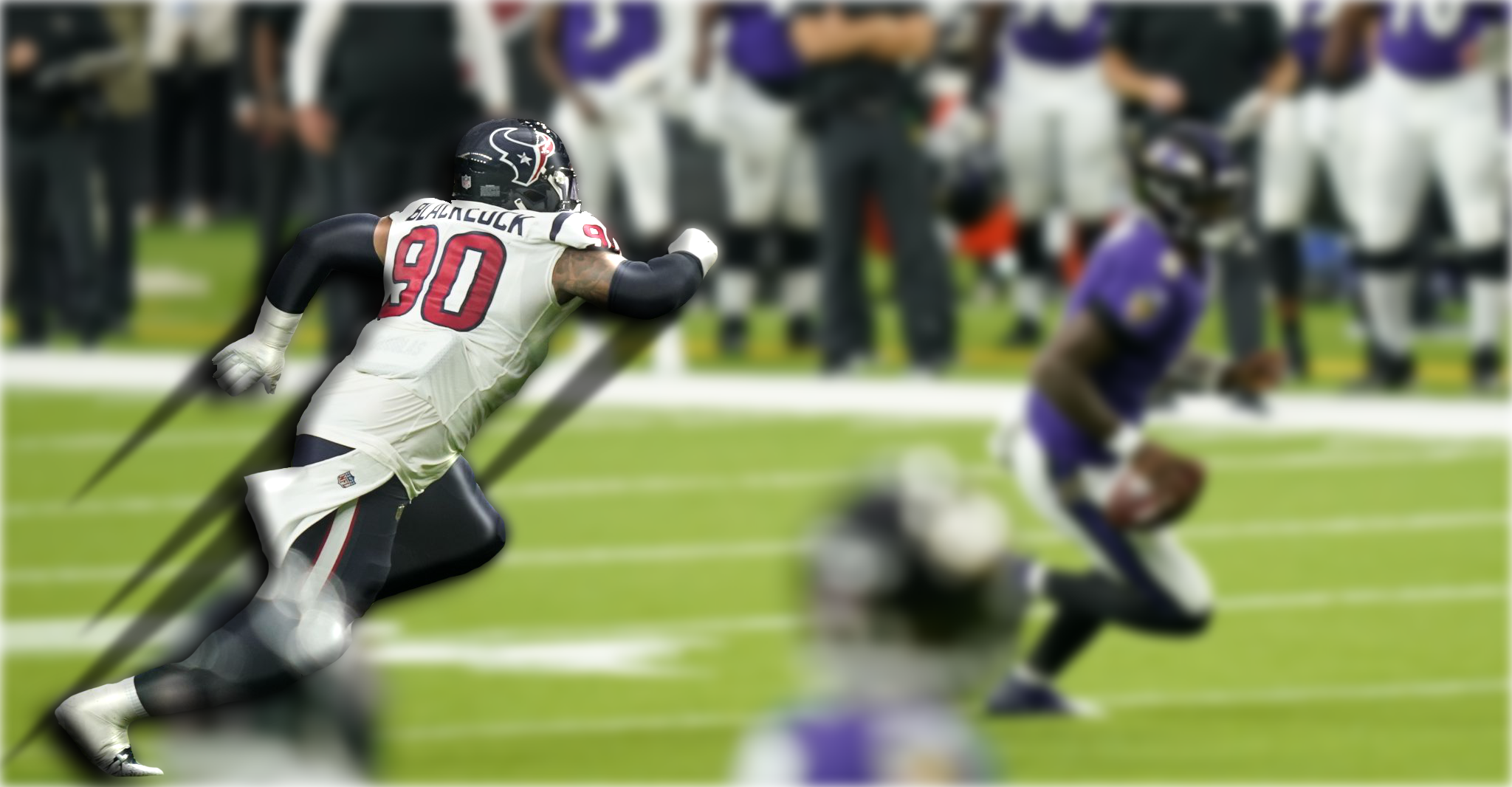 Rookie seasons in the NFL are incredibly tough. In a 2020 year that many will want to forget, Houston Texans rookie DT Ross Blacklock, had just about every obstacle imaginable in his path to success. Virtual rookie minicamp, a defensive system that didn't fit his skillset and multiple injuries to teammates that forced him into uncomfortable positions.

Despite the challenges that led many to question the impact of the Texans 40th overall pick, Ross' keen self-awareness and understanding that "it's a marathon not a sprint" will prove valuable for the 2021 season.

It would've been very easy for Blacklock to buy into the negativity surrounding him and the Texans as a whole. Instead, he's blocked out the noise, put his head down and worked incredibly hard to prove his doubters wrong.

Ross has been one of the shining stars in the first week of the 2021 Texans Training Camp as a result. Those in attendance observe a faster Ross, a lighter Ross, an emerging Ross.

Ross Blacklock is roughly 10 pounds lighter than rookie season, and appears quicker and leaner. Had some effective moments in one-on-one pass rush drill, including using a rip move to penetrate backfield. https://t.co/4ytj96x6js

Saw some good things out of the defensive line today. Take it with a grain of salt because it’s still no-pads, but Blacklock looks much more at home in this scheme. His athleticism really shines without having to play last year’s more disciplined style of gap-control.

Hearing that Ross has cut down 10 pounds - from 300 to 290 - seems like a cyclical quote that we get out of most players from camp every year.

"Player X is in the best shape of their life, down Y pounds and is looking great!" So I understand the skepticism behind that minor change in numerical value, however, more importantly it's about the mental aspect behind Ross' approach to improve that impresses me so much.

One of the most difficult aspects of life to deal with can be when you don't live up to your own expectations. For Ross, starting just 1 game as a rookie, playing 23% of the total snaps and tallying 14 tackles, 1 TFL and 0 sacks might not have been the coming out party he was hoping for.

He could've very easily blamed the challenges hurled in his direction all throughout the season and had a lazy offseason, hoping that things would just naturally correct themselves and get better. But that's not how the greats operate, and as he succinctly puts it, "I'm just chasing greatness." 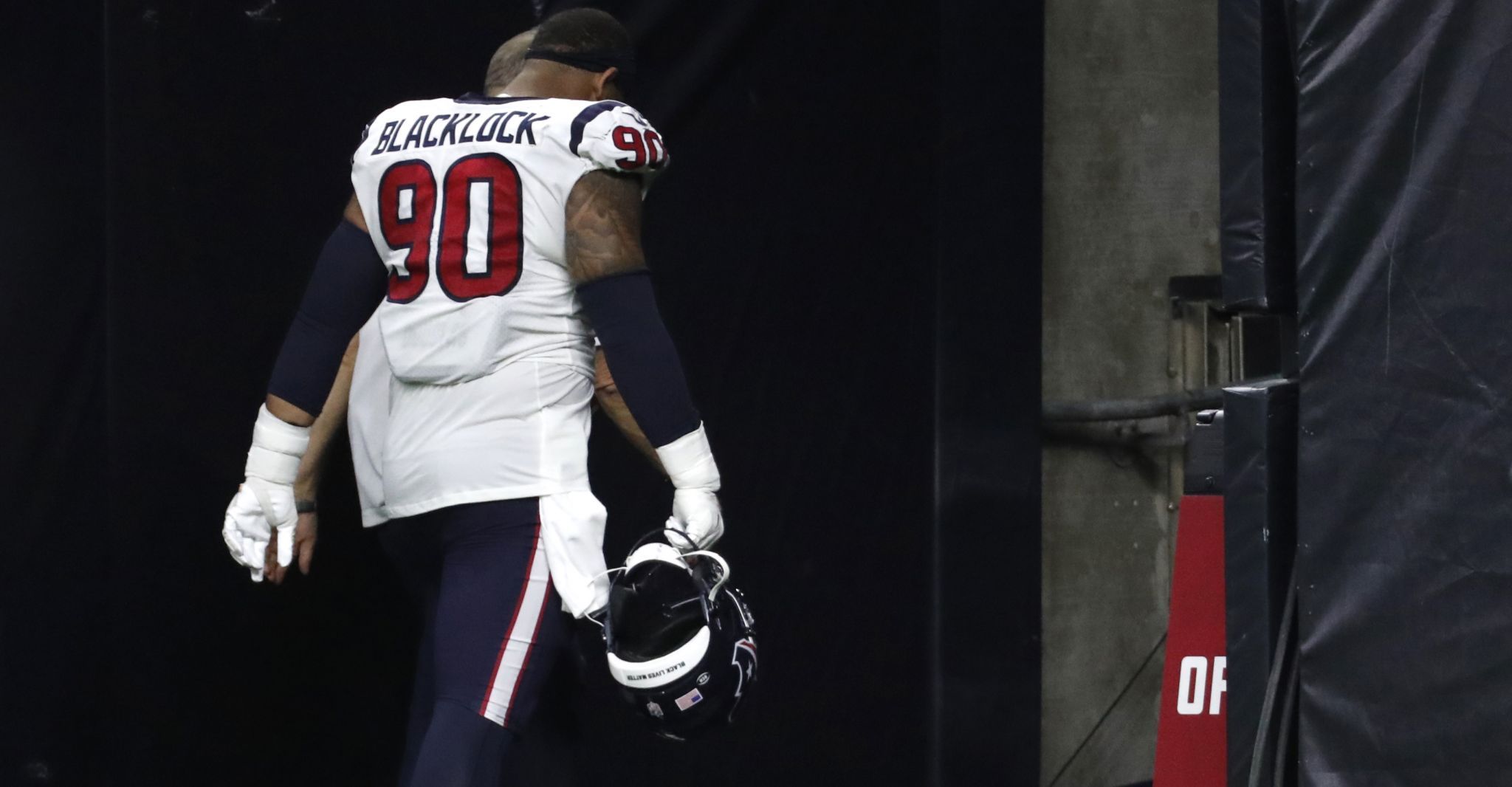 So what did Ross' first actual offseason in the NFL look like? It started with getting his body and training regimen on the strictest direction of his life.

"I went from two-a-days, training in California, getting a new scenery. Just trying to get more cut upper body wise. I cut a lot of stuff out my diet. I used to be a real big candy guy but I haven't eaten candy in months. I got a chef this year so that's the first time I've ever got a chef, and he's been real strict on my diet and cooked some really good food. So I've restricted myself like that but it's paid off really well."

That type of self-discipline isn't the norm for every 23 year old who enters the league, but the commitment to sculpt a better body should provide fruitful long term gains.

When we think about Defensive Tackles we often think about the biggest guys on the field. Look at former Texans such as Vince Wilfork and DJ Reader, some massive human beings weighing in well above 320lbs.

That role was the vision for Ross last season under Defensive Coordinator Anthony Weaver, despite not possessing the same size measurements as Wilfork (6'2, 325) and Reader (6'3, 347).

While Weaver was mentored by Rex Ryan - known for a fast, aggressive, exotic defense - he prioritized a gap-control system much like what Assistant Head Coach (at the time) Romeo Crennel liked to run during his DC years.

This requires DTs much bigger than Ross, who make up for lack of athleticism with pure roadblock-like power and devastatingly long arms.

Conversely, evaluating Ross' college tape at TCU showed an athletic freak who was best when he could rush upfield in a hurry, utilizing his elite get-off to catch offensive linemen off guard.

#Texans Ross Blacklock had his best game I've ever seen against SMU. He did his usual great work attacking and occupying double teams. But he also showed a better and more consistent ability to get off blocks and collapse the pocket. Great game from him.

Asking him to two-gap and hold the point of attack in a gap-control defense was quite literally the opposite of what he did well in college. Thus Weaver's scheme minimized Ross' strengths and maximized his weaknesses.

Thus, it's easy to understand the pure joy that shines through Ross' expressions when talking about the new system that current DC Lovie Smith has installed.

"I believe this system is a lot better, it's way more easier and it's way more fun to be in. I'm very excited for this upcoming season."

You're often told to find what you love to do in life and make a career out of it, because then you'll put maximum effort into your job and will enjoy it at the same time. Now, under Lovie's scheme, Ross can get back to being himself, doing what he loves and playing ball the way he knows best.

"It's more of a reactive system, [I'll] more be able to use my instincts. Im loving it man, everyone flying around and making plays. I'm just more comfortable in this system man, I feel like it will be good for me, and not only me but the team as well. Just to unleash those types of instincts we have and create havoc."

There has been a welcoming emphasis on playing fast and attacking upfield to put stress on opposing offenses and force mistakes, rather than sitting back and playing conservative in the uber-important trenches.

"Guys can just go, rush upfield and use a move. It's not really a one-method system. Guys can get out of their comfort zone and try new things."

There also seems to be a level of calculated freedom within the scheme, one that doesn't pigeon hole players and force them to play into a philosophy that doesn't fit their skillset.

The instantaneous speed of the NFL game is an aspect that is rarely brought up when discussing the transition from college to the next level. Particularly for DTs, it's no wonder their prime years - around 28-31 - start later than most positions.

There are so many schematics on their plate that they must think about within the split seconds after the ball is snapped and not all guys can learn to process the actions in front of them until multiple years in the league. Defensive linemen are the closest ones to the action, and thus have the smallest margin for error.

Cornerbacks can afford to lose a step off the line and have entire seconds to recover back into the catch point. Linebackers can take a false step towards a run fake, but haul ass backwards to cover the short-middle of the field. Whereas defensive tackles have to get out of their stance and engage with offensive linemen after just their first step. Thus, the battle in the trenches is often won or loss within the first second after the ball is snapped. 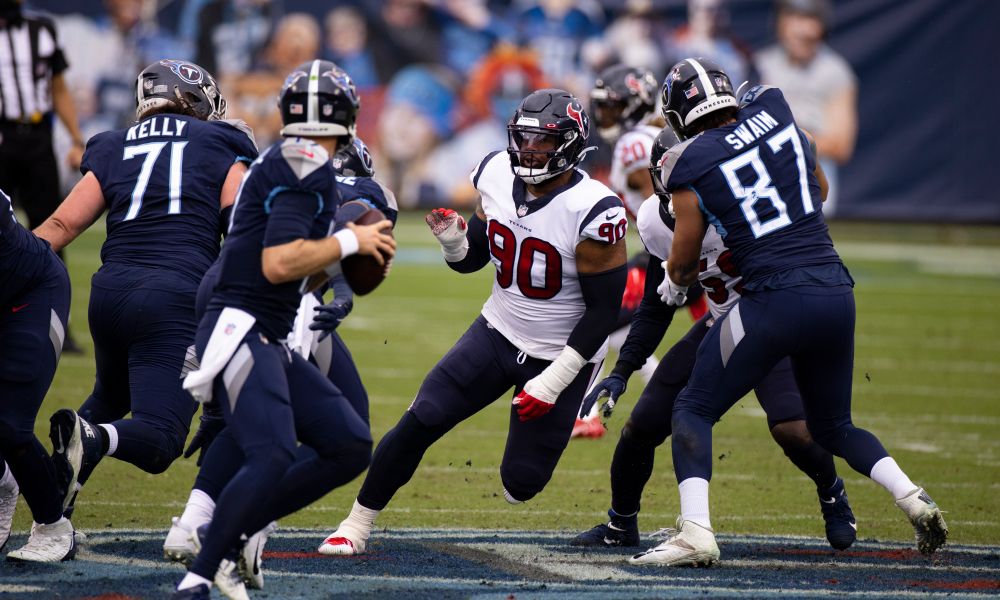 DTs must process all the different formations, alignments, stances and audibles that are inches away from their helmets within split seconds. That is incredibly difficult for a rookie, especially one who was already in a system that didn't maximize his strengths and a situation where he was forced to learn multiple different roles.

"It was a lot of positions, some guys got hurt, I had to step in and play. But it was a lot of thinking that I had to do, sometimes I would overthink. I would be in one position and think about another, and I would just overthink my thought process as I'm in my stance."

Ross is not trying to understate the importance of thinking, but rather pinpoint the necessary balance between thinking and reacting. All it takes is getting caught overthinking for one split second, putting yourself out of position by half a step and boom, you're getting pancaked by a 330 pound offensive lineman.

However, when the game slows down and you get enough reps at one position to become comfortable, reacting to the opposition becomes muscle memory and your body moves accordingly and efficiently. That gear seems to have clicked for Ross.

"Now it's just go out and play, get off the ball. I probably have one of the best get-offs on the d-line and I know a lot of guys trust my get off and we can make a lot of plays together and I gotta trust my instincts and go out and have fun and play."

Ross' self awareness for a 23-year-old is refreshing to see. Not only about playing faster in the heat of the moment, but also about altering his own self-improvement philosophy. One year can make all the difference on perspective.

"I think I put too much thinking into it last year. I was trying to perfect everything at one time, and knowing that I can't really do that, it just made it harder for myself. I don't know all the answers and I'm still trying to learn them, it's getting there."

You can tell the desire to be great is there, however, for many young players who may struggle with the transition to the NFL, that yearning desire for success can come with many frustrating question marks. There were a mountain of issues that led to a less impactful rookie season than Ross had hoped.

Understanding that you can't climb the entire mountain in one breath is pivotal. Instead of trying to perfect every aspect of his game all in one week, Ross has learned that improvement is gradual.

More noticeable results arise when you allocate 100% of your improvement efforts into one specific area (refining your body to play faster) than to equally split up your total effort into 10 different directions with only 10% effort being distributed into each avenue.

"I learned I just got to trust the process, it's a marathon not a sprint. I'm very hard on myself as a player, just like everybody should be, but I'm just chasing greatness like everybody else. I just know I got to take baby steps every day and just know I'll get better as time goes."

Ross has a slimmed down body to maximize performance, he's now in a scheme that prioritizes his athletic gifts, and the game is slowing down where he can think less and instinctually react more accordingly.

For these reasons, I strongly believe Ross is in for a much more productive Sophomore season. I'm cautiously optimistic until pads come on during camp, however, combining Ross' astute process towards self improvement and his surroundings being night and day from last year, makes me confident in greener pastures ahead.