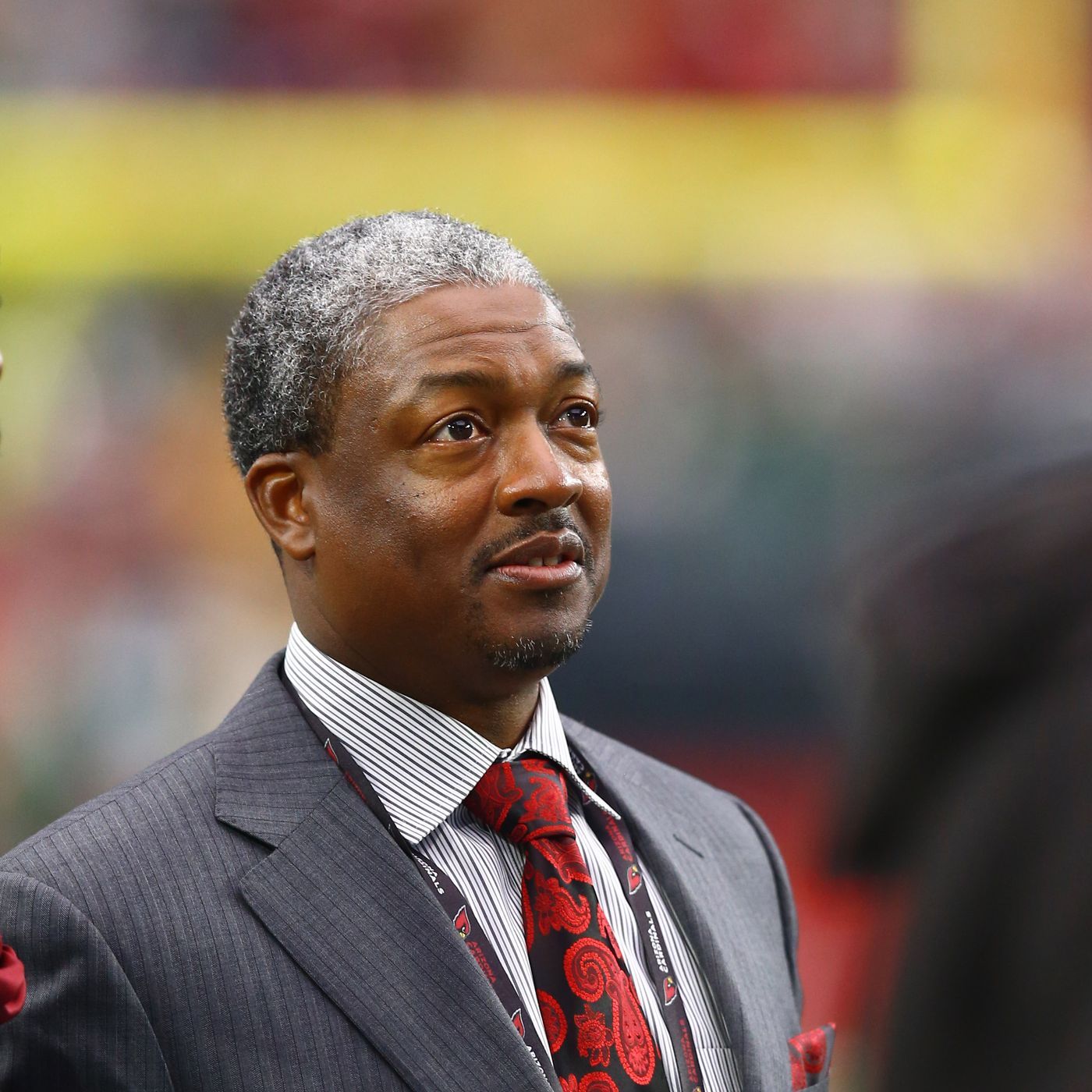 It's been reported that the Houston Texans are set to interview Bills Director of Pro Personnel, Malik Boyd. So, what does he bring to the table as a potential GM candidate?

Malik Boyd is a highly respected member of a well-run Buffalo Bills front office that has been a model of success for years. While the Houston Texans have made many mistakes, the Bills show intelligence and competence. Hiring Boyd, would be a good start to an improved decision-making process, for the Texans.

Arguably the biggest decision for the GM would be their Head Coach. Luckily, Boyd has an insiders knowledge on one of the top candidates this year, in Brian Daboll. I think the two would form a great GM/HC duo and Boyd should be the Bills executive we target.

We’ve heard that Joke Easterby is angling for Daboll and Joe Schoen (Bills Assistant GM), as the three share an agent and would likely keep Joke in power. There is no such connection between Boyd, Daboll and Joke, however. And if you’d like to know why I’m so high on Brian Daboll, check out a breakdown here. 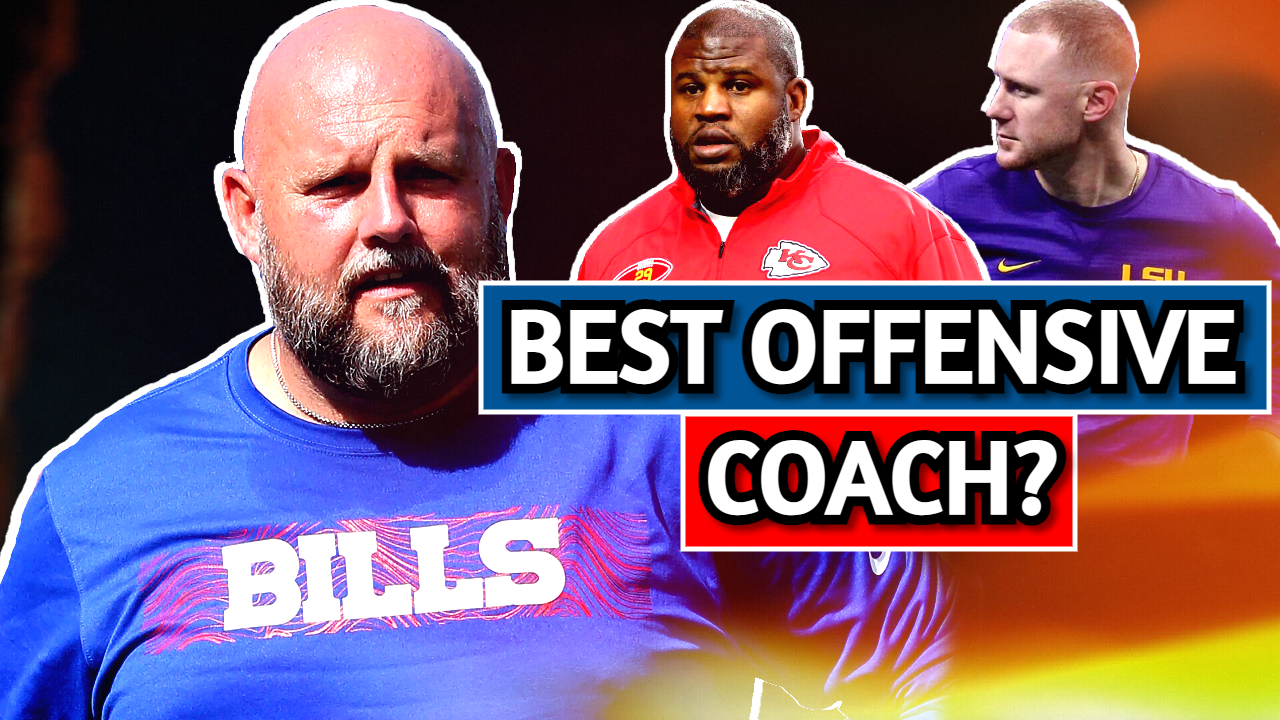 First, let’s start with Boyd’s experience around the NFL. He played DB for the Vikings in 1994, but for only one season. It’s clear his talents were best used in the front office, instead. A Scout for the Colts in 2004, Boyd paid his dues and found a home with Arizona from 2005-2014.

He displayed his eye for talent and even won NFC Scout of the Year, in 2014. Cardinals GM at the time, Steve Keim, had this to say about Boyd winning the award:

“The honor is well deserved. He’s very organized, he’s passionate about what he does. Couldn’t be more fitting for a better person."

The Texans could certainly find value in executives who have an eye for talent, and improve our drafting success. Keim, also saw the future with Malik was bright, and knew he wouldn’t stop at just scout:

“Malik’s the kind of guy that’s going to get a bigger role. He’s the type of guy that in my opinion, will ascend in this business.” 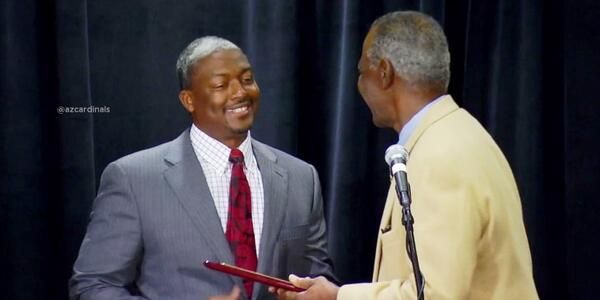 Following winning the award, Malik was promoted to Assistant Director of Pro Scouting for the Cardinals. He held the position from 2014-2017, where the Cardinals had some up and down drafts in my opinion.

Not exactly a flawless draft record, and those first-round picks do worry me. However, we don’t know how responsible Malik was for any of these picks, as he was only the Assistant Director. In addition, I think Malik’s transition to the Bills, put him in a better position to succeed. 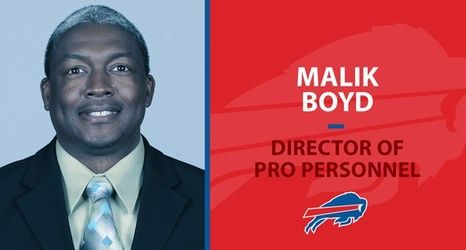 In 2017 he was hired as the Bills Director of Pro Personnel. To be completely honest, I didn’t know the exact details of what that position entails, before I researched it. If you’re like me, here’s a short explanation of what Malik was thrust into:

Each team divides the workload a bit differently, but the typical roles of the director of pro personnel include overseeing several departments involving players already in the league. That includes scouting potential free agents, working out potential signings, recruiting free agents, supporting players on the team, and negotiating contracts with free agents and current players.

Essentially, Malik went from primarily scouting college players, to all sorts of responsibilities that involve NFL players only. This requires a different context to evaluate players, and looking at the Bills track record, Malik seems to excel here.

The Bills have made very good free agent signings, since Malik joined the franchise. Some that are painful to analyze, when you think about how BOB attacked similar positions of need… 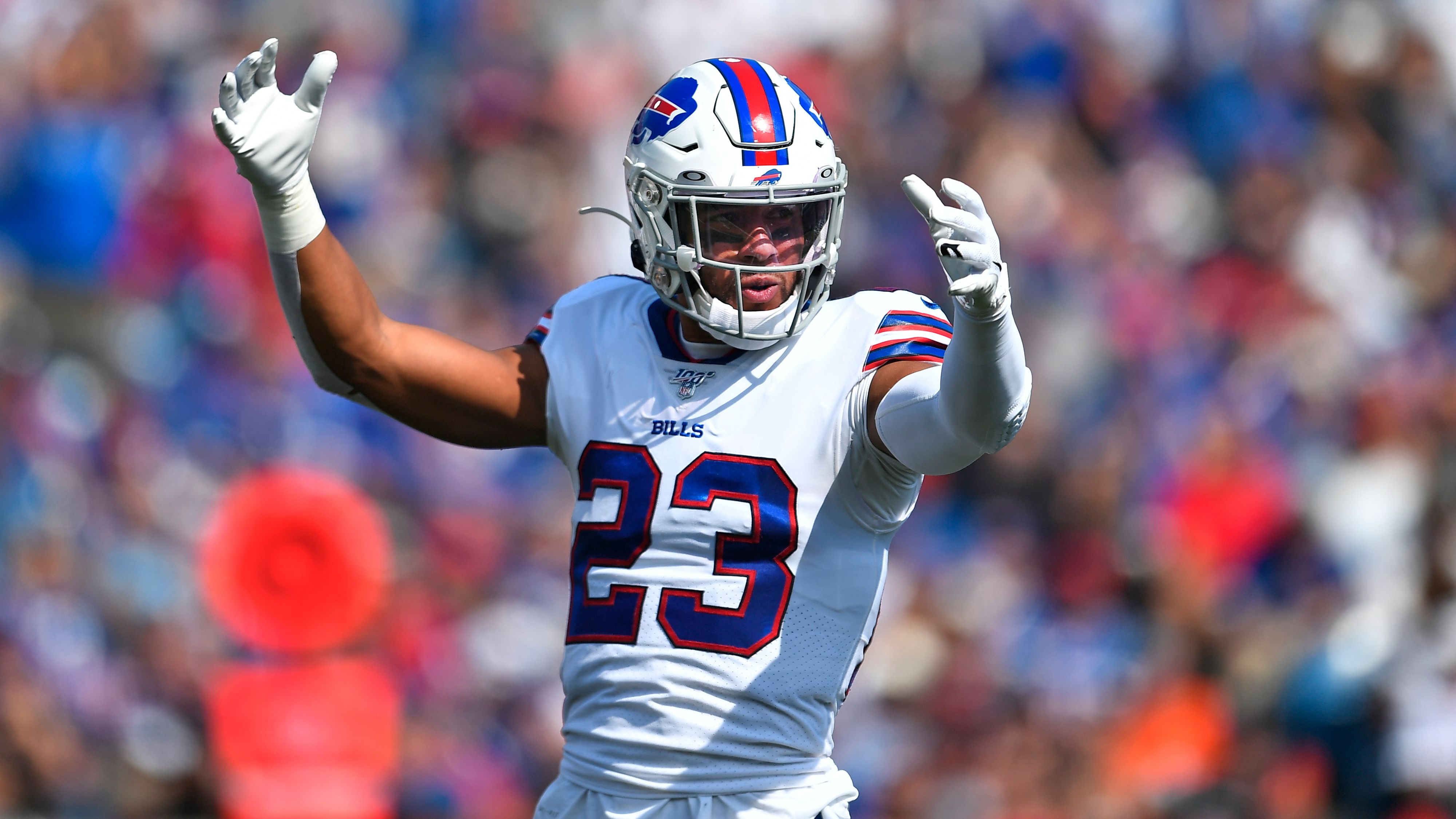 The Bills defense would be nothing without Hyde and Poyer manning the starting safety positions. Hyde was a great steal from Green Bay, and a “versatile” swiss army knife, capable of playing nickel and safety. The same sort of label was given to Texans safety Eric Murray, and a huge reason why BOB signed him. Murray by the way, got paid 6m APY, just like Hyde did. Fun.

Poyer was truly a great find, that no other team seemed interested in, like the Bills. That contract is ridiculous value and goes to show that safety is a position you don’t need to spend big money on, to find valuable players.

Murphy was a solid depth piece for the Bills. In his first two years after the contract, he provided 9 sacks and 14 TFLs, while playing around 50% of the snaps. In comparison to the Texans, where BOB knew there was a need at EDGE, he extended Whitney Mercilus (4 years 54m). What has Whitney done in the past two years? 11.5 sacks and 14 TFLs. While playing 74% of the snaps and making 30m+ MORE MONEY. Also, fun.

Robert Foster seemed like a complete steal. He finished with 27 catches for 541 yards and 6 TDs as a rookie. Foster was the Bills’ second-leading receiver that season. In addition, he was the only NFL rookie with three 100-yard receiving games in 2018. Finding himself in great company with JuJu Smith-Schuster (2017), Michael Thomas (2016) and Amari Cooper (2015) as the only NFL players since 2015 to record three 100-yard games in their rookie season.

There are talented rookie WRs to be found every year. The Bills took a chance on Foster, because of his connection to Brian Daboll, with Alabama. They found a player who they already knew how to use, and put him in a position to succeed.

This past offseason, instead of drafting a rookie WR with the 57th overall pick, BOB traded it for Brandon Cooks. In addition, he paid Randall Cobb for 3 years and 27m. Cobb by the way, finished the season with 38 catches for 441 yards and 3 TDs. Don’t scroll back up and look at what Foster, a UDFA, provided for the Bills. So much fun.

Levi Wallace was a personal draft crush of mine, and I was mad that the Bills stole him. He played extremely well as a rookie and was the highest graded rookie CB, by Pro Football Focus

He’s been the starter ever since and would undoubtedly be the 2nd best CB on this roster, behind Bradley Roby. But BOB thought it was wise to resign Vernon Hargreaves and Phillip Gaines. Those two… fun. 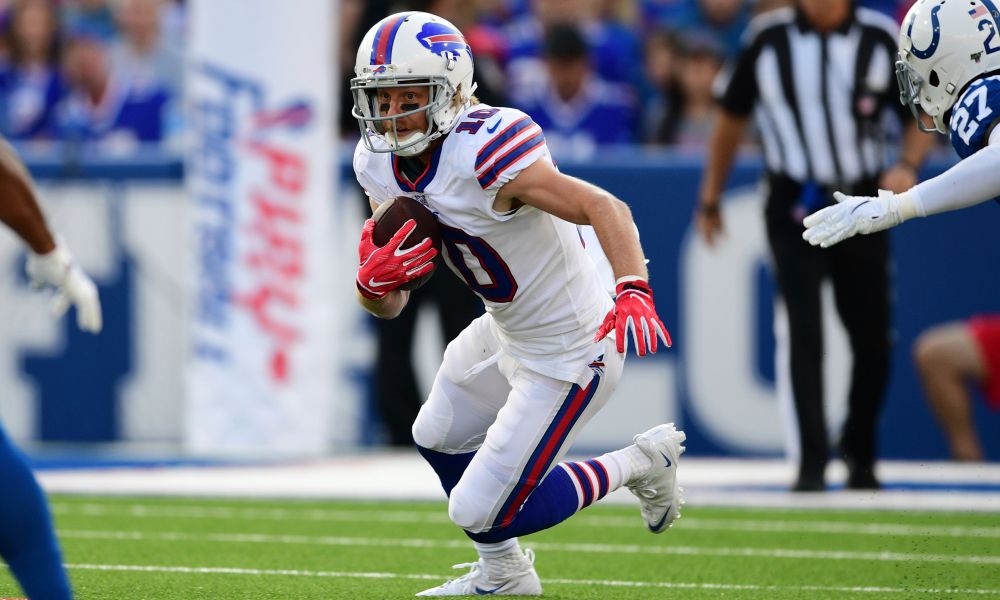 Beasley has been arguably the best slot-WR in the game and absolutely changed their offense. It’s wild that he’s making less money than Randall Cobb, the guy the Cowboys originally signed to replace Beasley.

Brown, when healthy, was also a pivotal piece to that offense. He had a 1,000 yard season in 2019, with stats very comparable to Brandin Cooks, this year. Morse has been one of the better center’s in the NFL and is making the same amount of money per year (11m) as Texans starter, Nick Martin.

Feliciano starts at Guard for the Bills and has been solid for them, most definitely an upgrade over who BOB chose not to cut, Zach Fulton. SO FUN.

Andre Roberts has been a Pro Bowl return man for the past three seasons. The Bills paid him per year, barely more than we paid DeAndre Carter, who… well… yeah. Malik and the Bills understand how to fundamentally improve a team, and particularly how to extract the most value. GM Brandon Beane was asked about the draft vs free agency, and his thoughts definitely seem to oppose BOB.

"Unlike the draft where you're looking to take the best player available all the time, in free agency you're not," said Beane. "We focus on what are our areas of greatest need. What do we want to come out of free agency with at the very minimum?"

You can see the Bills’ words match their actions. They understand free agency is where you plug holes, not the draft. BOB seemed to lack this basic understanding, when they reached on their highest draft pick last year (Ross Blacklock, DT) because it was a position of need. Desperation ensued because they allowed their stud defensive tackle, DJ Reader, to walk in free agency.

In addition to Malik’s duties in helping sign free agents, he also plays a role in extending current Bills players. They did a phenomenal job with Tre’Davious White (4 year, 70m). Making him the 3rd highest paid CB in the NFL, but with much lower guaranteed money than others.

Extending is great, but sometimes having the patience to NOT extend someone, can prove to be wise a well. LB Matt Milano is a stud LB, coming off a career year in 2019 where he totaled 101 tackles, 7 TFLs and 7 QB hits. Instead of quickly rushing to extend him, the Bills waited it out, giving him one more year to prove himself.

Milano’s had a down year in 2020, due to injury. Only playing 9 games and not looking himself all the time. Now, the Bills have more leverage on Milano, to not break the bank and to not have him reset the LB market.

Of course, hindsight is 20-20 here and I love Zach Cunningham the player and person, but you have to wonder what price we could’ve gotten, after his “down” year in 2020.

Yes, many of these free agent signings and extensions come with a multitude of differing pieces of context that need to be considered. No situation or decision that the Texans had to make, completely mirrors the Bills 100%. I get that, however, it speaks to the overall level of competence and intelligence that the Bills front office prides themselves in. They rarely make poor decisions, and often make financially sound ones, that translate to a positive product on the field.

Malik plays a major role in that decision making process. It’s clear why he, Joe Schoen and Dan Morgan are all potential GM candidates. They’ve learned from a great GM himself, in Brandon Beane. He knows how to align his values with the head coach, and build a cohesive franchise.

Malik Boyd and Brian Daboll would be a hell of a GM/HC duo for the Houston Texans. If it also results in them forcing Joke to hit the road, that’s a WIN WIN WIN.