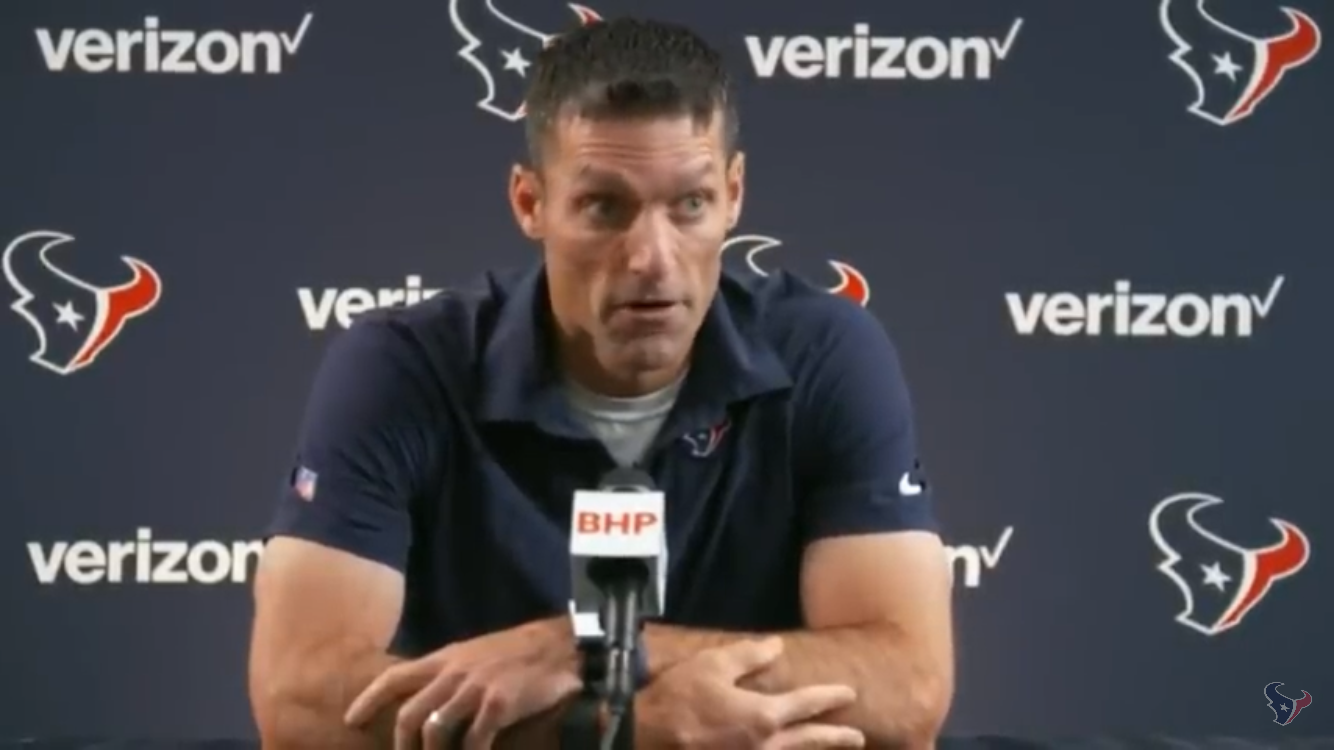 Hate to burst everyone’s bubble, but I have more questions than answers at this time regarding the Houston Texans and Deshaun Watson’s trade saga.

Where is all this sudden interest coming from?

“It’s the trade deadline you dummy!“

I can already imagine our readers saying as the main reason why the interest has ramped up, but I’m not buying it.

Why trade for a player that has been available all this time?

Frankly, it doesn’t make sense. Caserio and the Texans aren’t suddenly going to take pennies on a dollar for arguably their best player asset. So what has changed? Not much.

The Dolphins are 1-5 and have no control of their 2022 1st round pick since they traded it to Philadelphia in a 2021 draft trade to move up for Jaylen Waddle.

What side broke the news and why were they given the information?

Fellow Houston reporters Mark Berman and John McClain broke the news that the Houston Texans and the Miami Dolphins were reportedly working towards a deal.

What I find interesting about all this is that Nick Caserio runs a very tight ship. Not a lot is disclosed without there being a plan set in place. And I’m ruling out that Deshaun’s camp were the ones to leak this.

Deshaun and his camp should know better than potentially hurt their chances of getting out of Houston. Staying relatively quiet is their best bet.

It’s also interesting that Adam Schefter and Ian Rapoport have said very little on that front.

We haven’t seen any significant leak from the Miami’s beat reporters. Why is that?

Miami doesn’t benefit from all this leaking out. If Miami and Deshaun’s camp aren’t leaking out information, you do the math.

Who immediately gains the most from this trade?

As of right now, the trade is yet to go down. And they are already facing A LOT of Tua questions. They certainly didn’t ask for all this attention at the QB position. Especially after Miami decided to draft Tua over Justin Herbert.

So not only will Dolphins have to bite the bullet when it comes to the Tua experiment, but they will have to take on Deshaun and his off the field legal issues.

Which isn’t a big deal if he is considered innocent or settles out of court. But Miami doesn’t even have control of their own 2022 pick (owed to Philly) and they would have less control of their future draft picks if they meet Texans demands.

All sides are between a rock and a hard place. Deshaun wants out, one team who is on Deshaun’s trade list wants him, but the Texans want the draft picks that warrants trading a franchise QB.

If he is traded before the deadline, there will need to be a huge compromise to make it happen. It’s unlikely the Texans or the Dolphins get their way.

If Houston wants Deshaun gone, they will need to concede to some of Miami’s pick protections or hope Miami implode and give in completely (which is unlikely and playing with fire from Miami’s perspective).

I don’t need to be a psychic to know tensions are high in Miami. In a matter of a few season, they traded Ryan Tannehill, Laremy Tunsil and Minkah Fitzpatrick away and have little to show for it.

Tom Brady is no longer in the division and they still can’t find a way to win games. The Buffalo Bills seem to be the crown of their division with Josh Allen.

The Dolphins front office and coaching staff need results and they need them now. Getting Deshaun helps their case in the long term, but I’m skeptical the NFL lets him suit up for the Dolphins with everything that has transpired in the offseason.

So Miami’s brass get their QB but they might not be there long enough to actually see him play. Miami’s owner could decide to fire everyone and start off brand new.

I’m not ruling out a trade happening before the November 2 deadline. But Dolphins and Texans will really have to make a deal happen. And I can’t stress that enough.

The Texans could decide to wait until the offseason when there is more clarity regarding Deshaun’s legal situations, but there is also the risk that it gets worse.

Right now, the Texans are somewhat giving Deshaun the benefit of the doubt that everything will turn out alright, but that’s a risk in itself. The possibility exists that Houston has to cut ties if he’s found guilty and Caserio has to be aware of that possibility.

Which is the main reason why he could sell a little lower than the average market price for a young franchise QB (take the conditional picks that are being offered).

Caserio must be aware enough for these reports to come out a little bit more than 10 days before the trade deadline.

It seems he’s doing his due diligence. It doesn’t hurt to try to put a little bit of pressure on the Dolphins to see if they cave in. Dolphins also have to realize the price on Deshaun could go up if he is cleared.

Other teams could also be willing to enter the bidding war, and things could get tricky.

I don’t see a trade materializing If both sides remain persistent with their respective demands. But crazier things have happened, Houston needs to make sure they get a fair offer. They can’t risk walking away from this ordeal with a pawn shop offer.