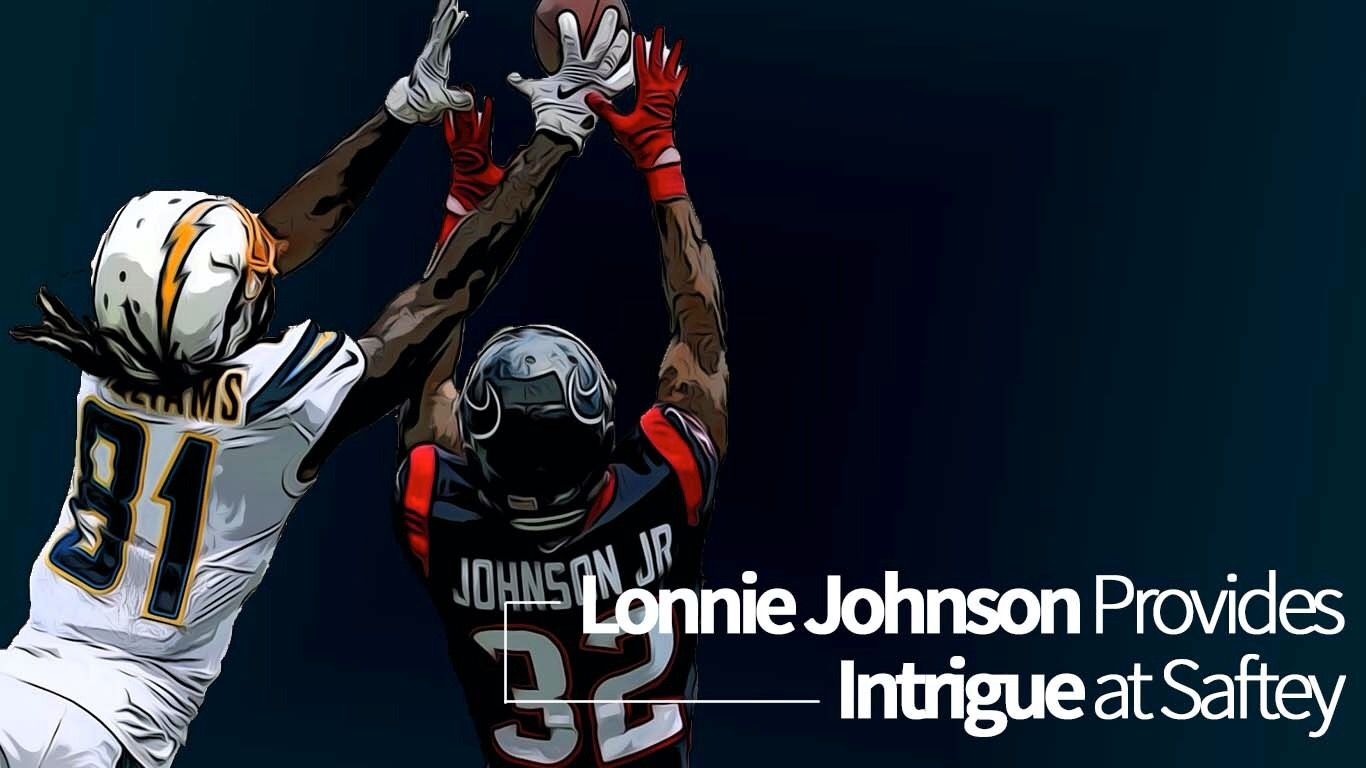 Cornerback or Safety? Maybe both? That is the Question

Houston Texans head coach and general manager Bill O’Brien revealed after their second consecutive defeat of the season that Lonnie Johnson could see a lot more time at safety for the foreseeable future. This is nothing new for a player like Johnson who views himself more as a defensive back rather than just a cornerback or safety, but it stands to reason why the Texans took this stance after adamantly admitting he was a cornerback in the offseason.

Defensive Coordinator Anthony Weaver stated in his of his first meetings with the local media that Johnson was a cornerback in his defense and it seemed they would be patient in their approach of developing him.

It seemed ever likelier that Johnson would see time at cornerback with Gareon Conley being placed on the IR after undergoing an ankle procedure in the offseason. But that plan seems to have been crumpled up and thrown into the trash can of wishful thinking. Texans didn’t use a second-rounder to draft a safety. Houston used their second that they acquired in the Seattle Seahawks trade for Duane Brown to select a cornerback that could help rejuvenate their positional group moving forward.

Now it is of slight concern from the outside looking in that he may not be a cornerback at the NFL level. It is important to point out that Lonnie wasn’t a cornerback from the start, he transitioned to the defense in Kentucky after playing wide receiver in San Bernardino Valley College. However, he showed enough promise in Kentucky to warrant being drafted in the second round. Despite having the physical tools that made talent evaluators drool at his upside, teams have to consider what his floor might be.

A cornerback is much more valuable than a safety in modern-day football. That isn’t to throw any salt at what a safety does. There is slowly becoming blurred lines at what safeties are asked to do now at the NFL level. Justin Reid is a perfect example of that. In my conversation with him in the offseason, he mentioned how safeties are asked to do a lot more than ever before, and not many safeties are capable of doing everything asked of them at a high level. So those that can do it, can be rewarded handsomely.

Although Reid is one of those defensive backs in the NFL that have the athleticism to do fill multiple roles on the defense. Johnson could potentially become that also, but it is imperative that Texans tread carefully with his development.

Having a player that can play multiple positions sounds great on paper, but it’s important that they’re capable of playing one position at a high level than playing multiple positions at a subpar level. That’s the challenge the Houston Texans face as they bring Johnson to play the safety position.

He’s shown the ability to guard players safeties are tasked with in the past by covering tight ends, so it isn’t completely foreign to him. However, he’ll need to learn to one position and stick to it to master it. Lonnie has the talent and athleticism, but it’ll take more than that to make a career in the NFL.

The good thing about him is that he has a good head above his shoulders. He showed the awareness in the offseason to work on his craft, and although he’ll still be relied upon at cornerback if needed, his future could very well be at safety.

History tends to repeat itself

One of the better defensive backs that turned from cornerback to safety was Andre Hal. The former seventh rounder from Vanderbilt retired fourth in the franchise with 12 interceptions. Johnson possesses that talent in him to make a similar transition, but there's also the possible downside that has happened in the past with a similar former cornerback with his build.

Treston Decoud was a defensive back the Texans drafted to play cornerback, but later moved him to play the safety position. The transition was shortlived as he waived in the same year he made the change. However, the move was made with the intention of having a bigger athlete have more room to roam as a safety rather than a cornerback.

Johnson is a better athlete than Decoud, so he could make it in the league as a cornerback, but its important that they keep him at one spot so he can continue to develop.

That is the risks involved that could happen if Houston isn't patient with Lonnie's development. The Texans have a mixed track record with the drafted players in the secondary since Bill O'Brien was hired as the head coach in 2014.

Houston has been more patient with some players over others, but most have failed to make a lasting impact outside Justin Reid and Andre Hal.

Lonnie has a lot of adversity to overcome if he hopes to stick with Houston for the long term, but he has the tools and athleticism to make his mark on the secondary.

Whether it's at safety or cornerback, Houston needs a player with Johnson's talent to help the defense.