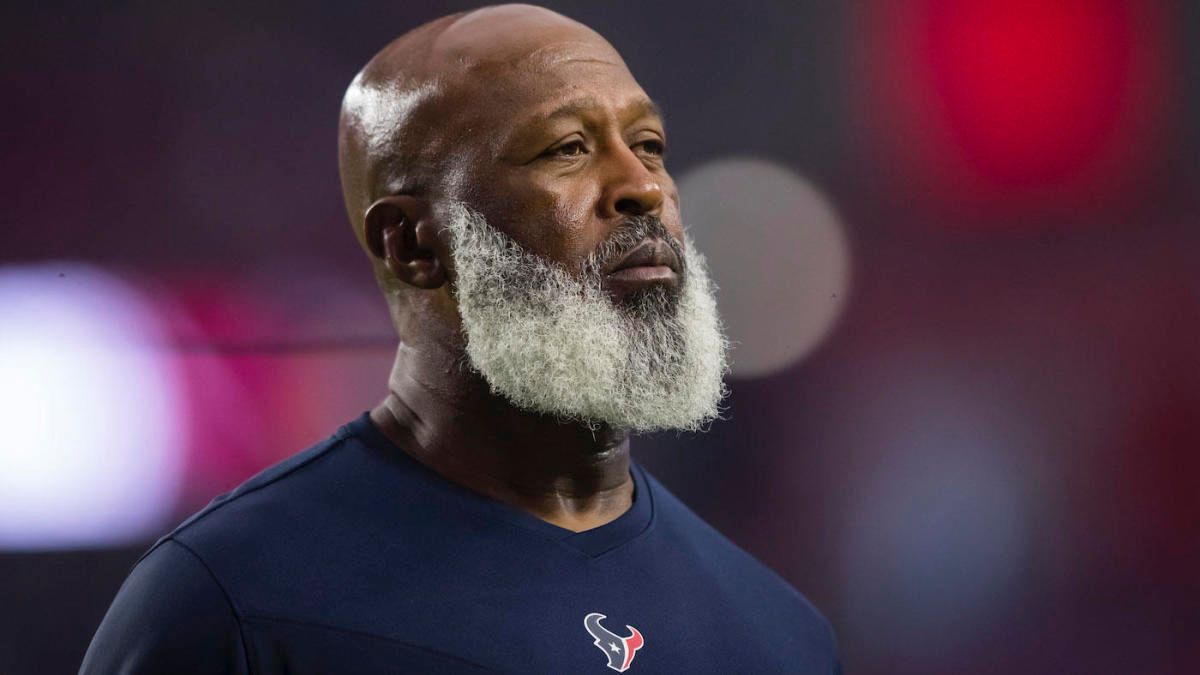 A horrific hiring process results in an experienced candidate but shows Texans front office has not learned from their mistakes.

The Houston Texans embarked on a rocky rollercoaster of a head coach search and after three weeks they hire the in-house candidate, defensive coordinator Lovie Smith.

Beloved by his players, Smith's 21 years of NFL coaching experience - with 11 as a head coach of the Chicago Bears and Tampa Bay Buccaneers - makes him the most battle-tested head coach to be hired this cycle.

Smith has been in this position before and the results have been mixed. He had a winning record in five out of his nine seasons with a talented Bears team and most importantly appeared in the 2006 Super Bowl, where they lost to the Indianapolis Colts.

During his second stint, Lovie led the Bucs to an 8-24 record over two seasons, before enough was enough. A common excuse for his lack of results was that Bucs team lacked talent and while I would generally agree, guess what, so does this Texans team.

The same can be said for Lovie's tenure in the college ranks as the head coach of Illinois. Through five seasons he did not have much talent to work with and put together a combined record of 17-39.

My semi-confident don't hold it against me because I don't want it to be true take is that Lovie can be a good head coach if he has a Super Bowl contending roster but he's going to struggle to turn around a rebuilding team desperate of talent.

My overall thoughts on this hire are like going through a maze, frustrated, drawn out and underwhelmed with the results. The Texans could certainly have done worse but this was a chance to accelerate the rebuild and find the coach of the future, I wish I could say Lovie is that guy. Instead, Cal McNair gets a safe hire who can provide continuity and avoid taking a step back under another rookie head coach.

Starting with some positivity because I know we are all starving for some; hiring Lovie Smith has coincided with Pep Hamilton being named the favorite for the open offensive coordinator hole left by Tim Kelly.

This is the single most beneficial aspect of the Lovie hiring and the Texans cannot let another talented assistant coach move on to a new destination. Hamilton's diverse and experienced resume is more impressive than many of the candidates we interviewed for head coach - maybe "the guy" has been under our nose all along? 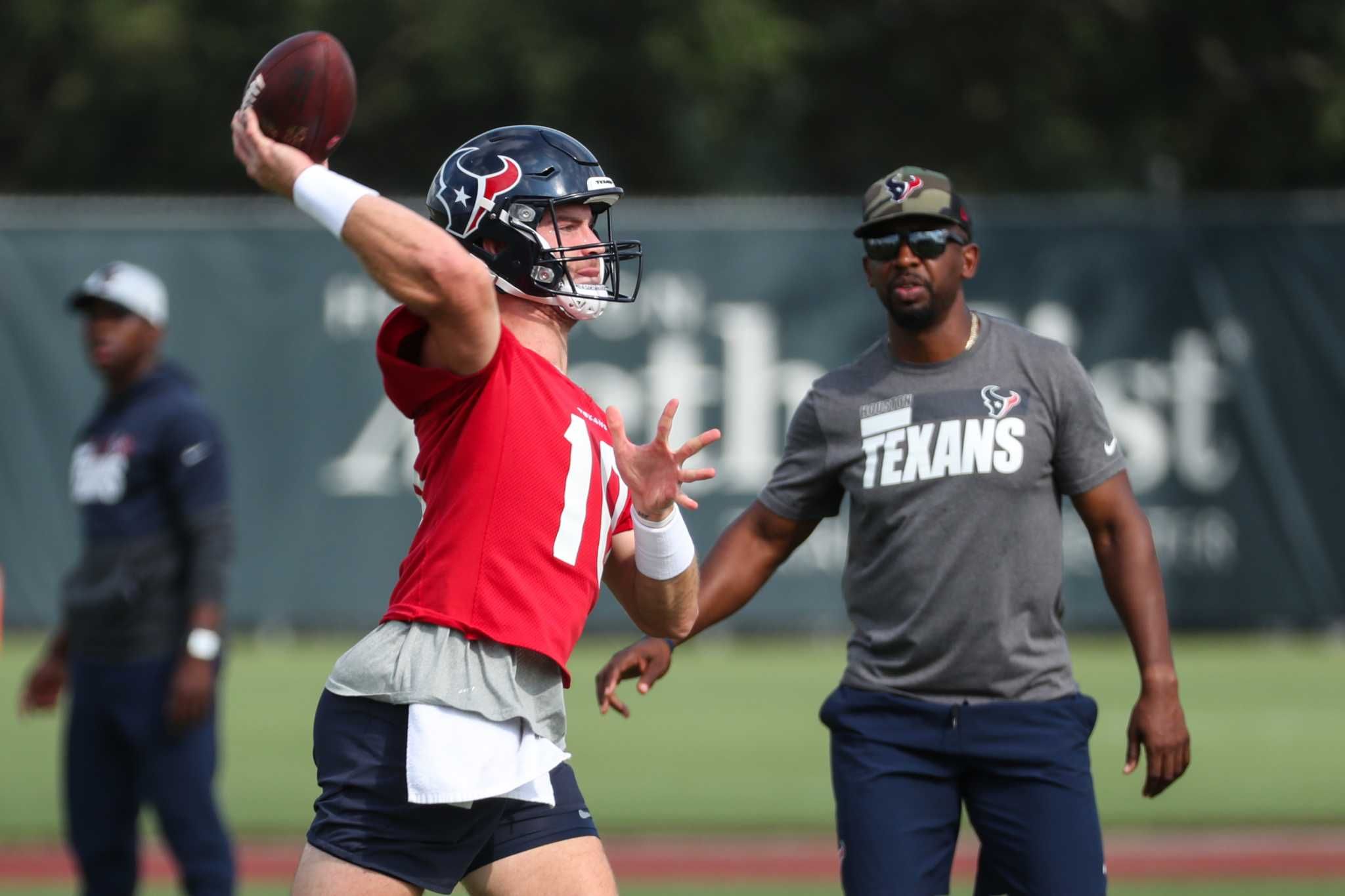 Nonetheless, the job he has done developing Davis Mills is nothing short of a miracle. The in-season growth has been outstanding and I am intrigued to see more refinements after another offseason together.

Filing out the rest of Lovie's staff with experienced and deserving coordinators/position coaches will be massive. There are currently openings for the following position coaches: QB (assuming Pep is promoted), OL, WR, DL and the potential for a new DC-by-label if Lovie chooses to do so.

The other sliver of positivity I can muster up is that we SHOULD see the benefits of hiring a retread rather than a first-time head coach. David Culley frustrated many fans with his porous in-game management and head-scratching press conferences.

Lovie has been in this seat before and SHOULD not make rookie mistakes when managing the clock, timeouts, challenges and fourth down decisions. As with most things Texans related though, what SHOULD happen is rarely what DOES happen - only time will tell.

Texans make their own job unattractive

I began this article-turned rant by saying the Texans botched the hiring process so let's dive down that dark reality now. Let's get it out the way and be honest, Lovie is yet another bridge coach.

He was not their Plan A, B, C or D and while I believe they were communicating with him throughout the process, I think it was regarding which head coach candidates would retain him as DC, rather than discussions about him becoming the head coach himself - up until the past few days.

Texans have included Lovie Smith in their discussions all along, but his candidacy as head coach has gained steam in recent days, per source. https://t.co/fo8Vll4lFl

Remember that the media is a weapon which teams use for their own bidding. Through Adam Schefter, the Texans floated out the idea that they have included Lovie Smith in their discussions all along, to save face and avoid the brutal reality...

They absolutely self-detonated their own hiring search and made the head coach of the Houston Texans an undesirable job. This fate lies on the two men leading the search, Nick Caserio and - chills run down back - Jack Easterby.

Starting with Nick, his determination to be the shadow head coach narrows the viable candidates who would take this job. He is adamant about being on the headset in game, relaying his advice to the head coach like he has in New England. This is not normal and no one likes a back-seat driver.

Additionally, he made David Culley's coordinator hires last year and continued to heavily pressure coordinator hires this year. Not allowing the head coach to hire their own second-hand men with whom they are comfortable with is again not normal.

As for Easterby, his insistence that Josh McCown is a viable head coach candidate is disrespectful to those who have paid their dues and have actual NFL coaching experience.

While the optics were too horrific to actually name McCown the head coach, it is obvious how highly regarded he is among the front office. So much so that he has been pushed on at least one head coach candidate that I know of, as their OC. This resulted in an ultimatum and said coach removing their name from the search.

Why? Well who in their right mind would want to have their competitor for the job as an assistant, constantly needing to watch his back and dreading the day he is back stabbed and replaced. 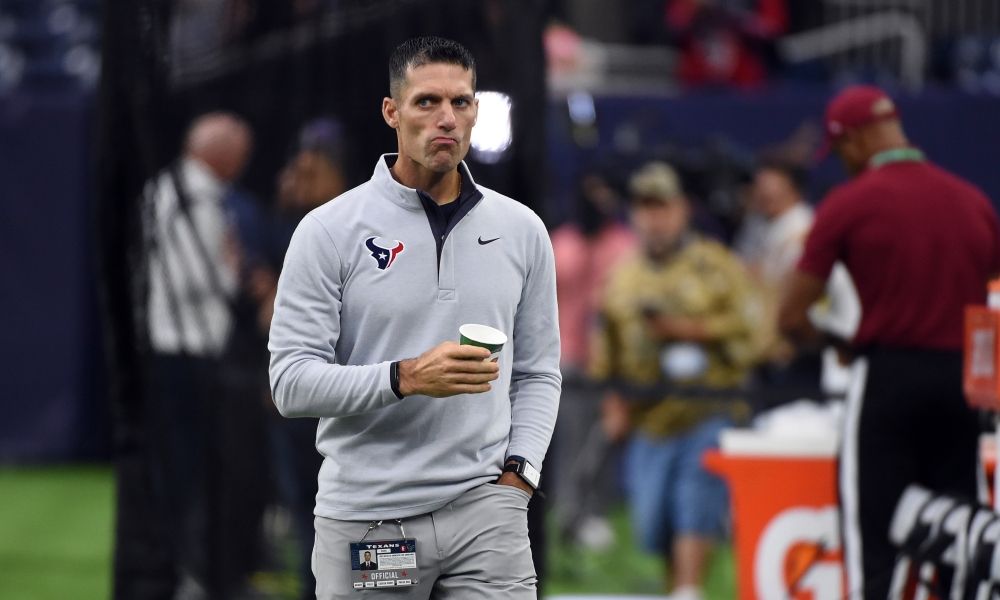 All of this to say, the Texans shot themselves in the foot during this hiring process. The NFL is a results based league but don't let that distract you from Caserio and co. going 2/2 on fumbling head coach hires. They reportedly wouldn't let Eric Bieniemy have say in roster decisions last year and have continued their "my way or the highway" mentality this year.

While every other NFL team showed you can complete a wide-ranging search and interview numerous "top" candidates at the same time, the Texans have been priding themselves on an outside-the-box process. They have strayed too far outside the realm of possibility regarding how little power a head coach will welcome and has resulted in a lack of accepted interviews with top candidates.

As a fan, this had led me to an all-time low level of confidence in Caserio as our GM to rebuild this team. I was not a fan of the hire at the time because his own resume was clouded by the shadow-GM Bill Bellichick. Nonetheless, I have wanted to believe in Caserio because I am an optimistic person at heart and being a happy fan is more enjoyable than being a grumpy fan.

However, Caserio's insistence on controlling certain head coach duties has been detrimental to this team. He wants to control his own destiny, which I understand because of how things went down in New England but the ends haven't justified the means.

The Rest of the Offseason

To make this article into a positivity/negativity/positivity sandwich, I wanted to finish with one final general thought. Caserio still has a path to improving this team - he's made his job tougher but not impossible.

Rebuilding a team takes multiple decisions, the GM and HC decisions are complete - for now - but there are more personnel to be made. Free agency, the draft, potential trades - Caserio has plenty on his plate throughout the rest of the offseason and needs to play nearly perfect the rest of the game.

With Lovie as the head coach, expect personnel decisions to tailor to his beloved Tampa 2 scheme. The Texans finished first in the NFL in the amount of Cover Two they played and I wouldn't expect that to change.

For my fellow team-building lovers, building towards Lovie's philosophy means prioritizing 4-3 players. A strong defensive line is the engine of the scheme so retaining DT Maliek Collins and adding a standout DE opposite Jonathan Greenard should be priority #1 and #2.

Looking ahead to the 2022 NFL Draft, if the Texans remain at pick #3 I would imagine DEs Aidan Hutchinson and Kayvon Thibodeaux take priority over Safety Kyle Hamilton. Both have the potential to be an alpha pass-rusher who garners double-digit sacks and with many projecting the Jacksonville Jaguars to draft a tackle to protect Trevor Lawrence, the Texans could benefit greatly.

Other personnel decisions to focus on will be the linebacker core. A lot of stress is placed on this position group as they must be athletic and aware enough to succeed in zone coverage while also being instinctual and decisive versus the run.

Expect Kamu Grugier-Hill to be retained after his breakout year including 108 tackles, 13 TFLs, 3 sacks, 5 QB hits, 3 PBUs and 2 FFs. Christian Kirksey could also return as he had his highest tackle output (93) since 2017.

I would be less happy with Kirksey's return as tackle numbers are not a great indicator of a successful LB. Tyrell Adams, Benardrick McKinney, Zach Cunningham and now Kirksey have all posted impressive numbers but our run defense has been bottom of the league with them at the helm. Kirksey is too inconsistent for my liking and is more of a clean-up guy rather than a playmaker.

As for offensive personnel, we'll get to that in time. I want to wait for the Hamilton hire to be official but in the mean time I made a video breakdown last year regarding what he could bring to the offense.

Overall, it's hard not to be underwhelmed by the decision to hire Lovie. Caserio set the bar at finding the next Mike Tomlin and hiring the 63-year-old Lovie is a polar opposite direction. To be clear, this was not the Texans intended plan as they did want to hire a young-up-and-comer but they got in their own way.