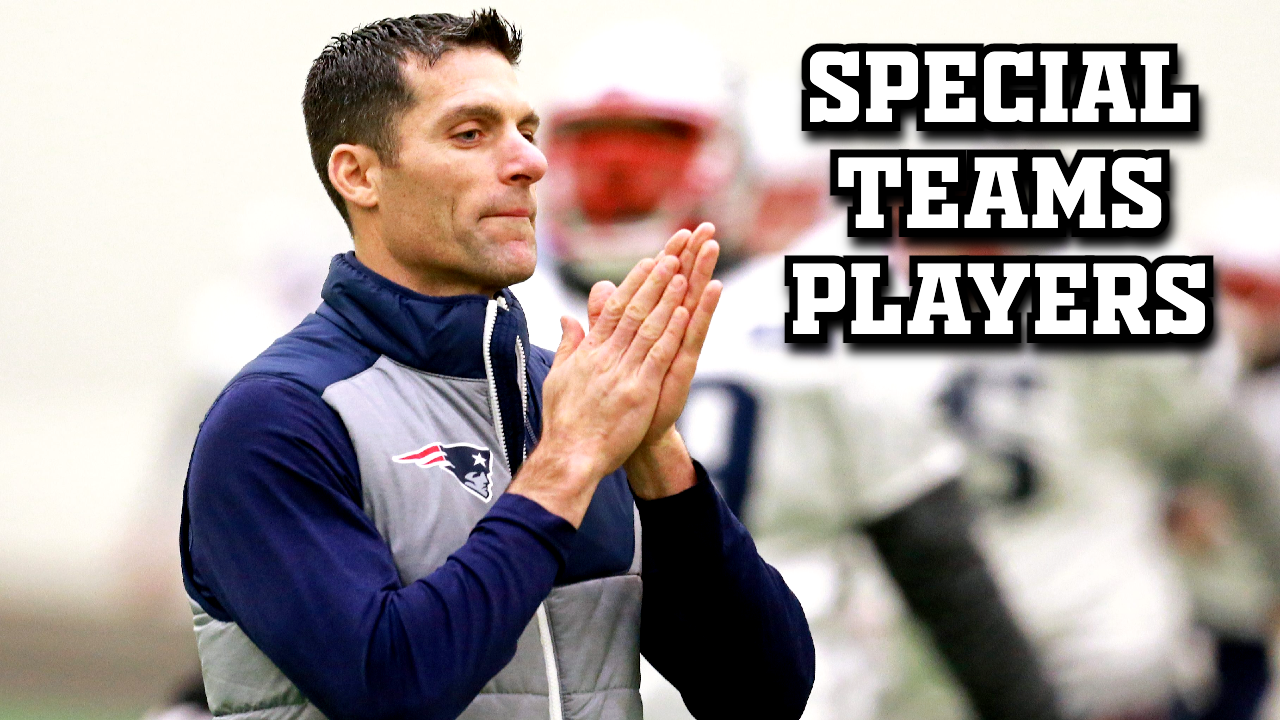 New Texans GM Nick Caserio has hit the ground running, signing EIGHT (as I'm writing this) new free agents to deals this Monday. I'm going to give individual letter grades to each signing, but overall I am a fan of Nick's approach. Giving one year, incentive based prove it deals to veterans. He is clearly trying to preserve future cap space, and is looking to hit singles and doubles, not home runs.

Free agency can create a lot of buyer's remorse, we've felt that pain personally, from some horrific Bill O'Brien signings. This new style of team building is refreshing and exactly what Caserio should be doing. Now, let's grade the deals. 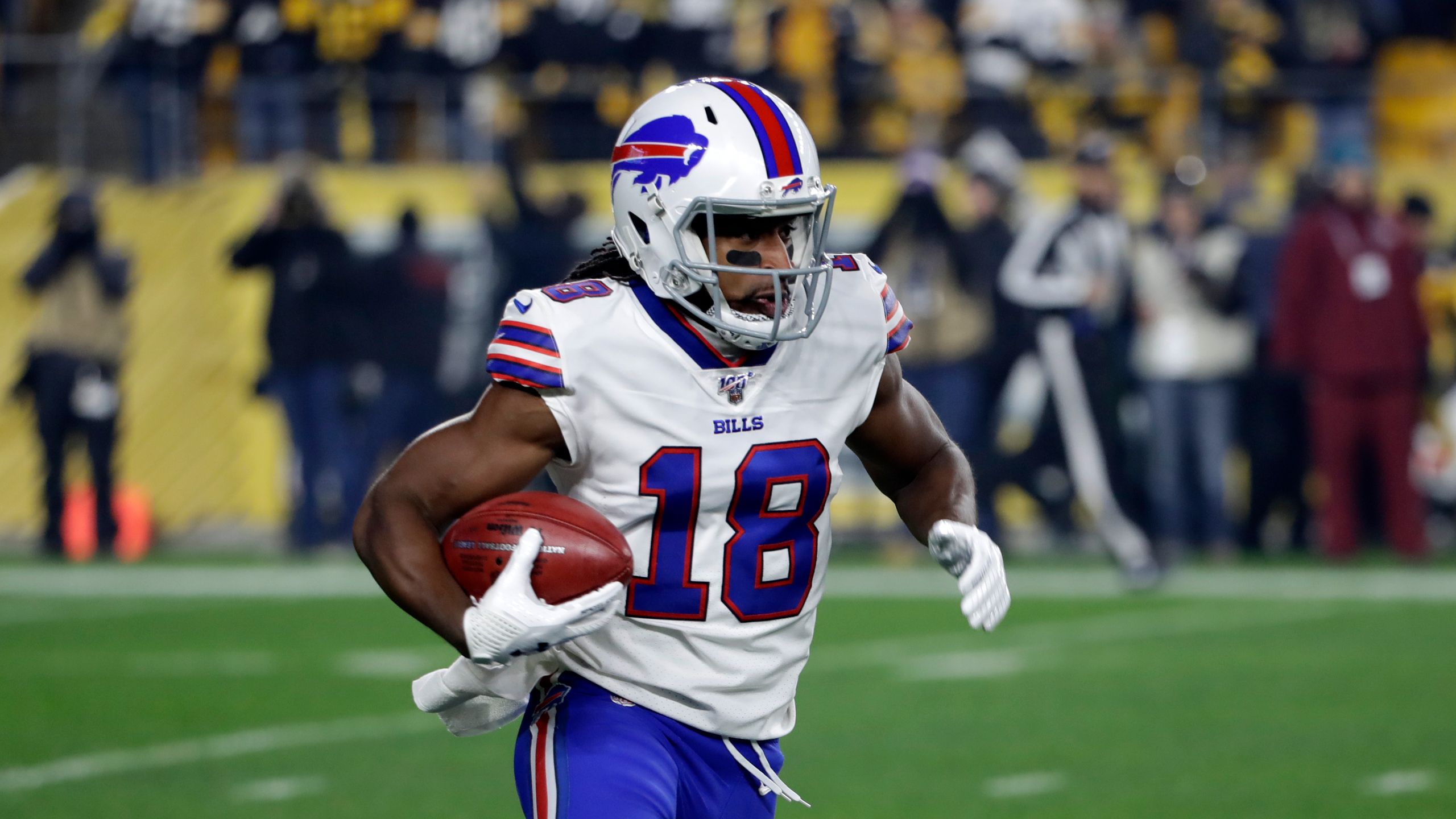 The fit: The Texans have desperately needed an upgrade at KR/PR since the DeAndre Carter era. Expect Roberts to start from day one and bring in some much needed consistency.

The grade: (A) The Texans have made it a priority to improve their special teams unit which took a step back from 5th in DVOA in 2019 to 20th in 2020. While Roberts is a bit older at 32, it doesn't worry me much as he will be a return specialist. The only nitpicking that could be done is did we have to pay nearly 3m APY for a return specialist?

Below are 5 of Roberts' best returns from the 2020 season 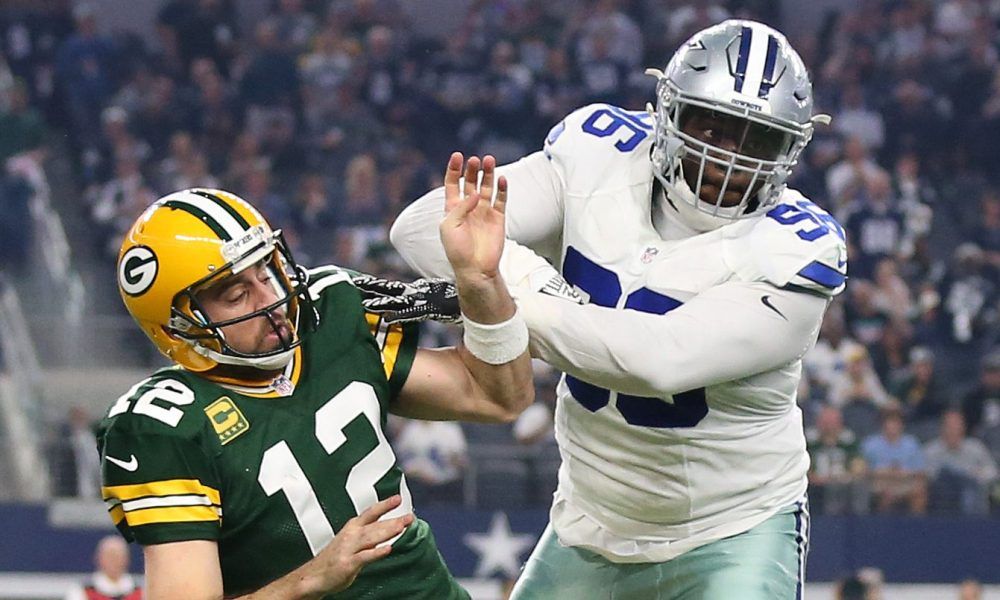 The deal: 1 year, up to 6 million with incentives

He dealt with a shoulder injury that held him back and only played 46% of the snaps under now fired DC Paul Guenther. He is one of the many Raiders defenders who had a poor 2020 season and have now moved on, looking for a better fit.

The fit: Collins is perfect for the Texans new 4-3 defense and his role will ultimately define his success on the team. He needs to be attacking 1-on-1 blocks instead of double teams. His biggest value will come through getting after the QB, something we desperately need. He's not a strong run defender, so I would expect him to rotate snaps with other DTs.

The grade: (B+) Collins is the exact type of high upside-prove it deals that Nick should be giving out. 3-tech DT is arguably the most important position in Lovie Smith's Tampa 2 and it was a dire need. While full contract details have not been made official, it will be a heavily incentivized one, which likely will not cost the full 6 million.

Below are plays that showcase the type of player the Texans are hoping to rediscover with Collins. His explosiveness and quick hands makes him a dangerous pass rusher. 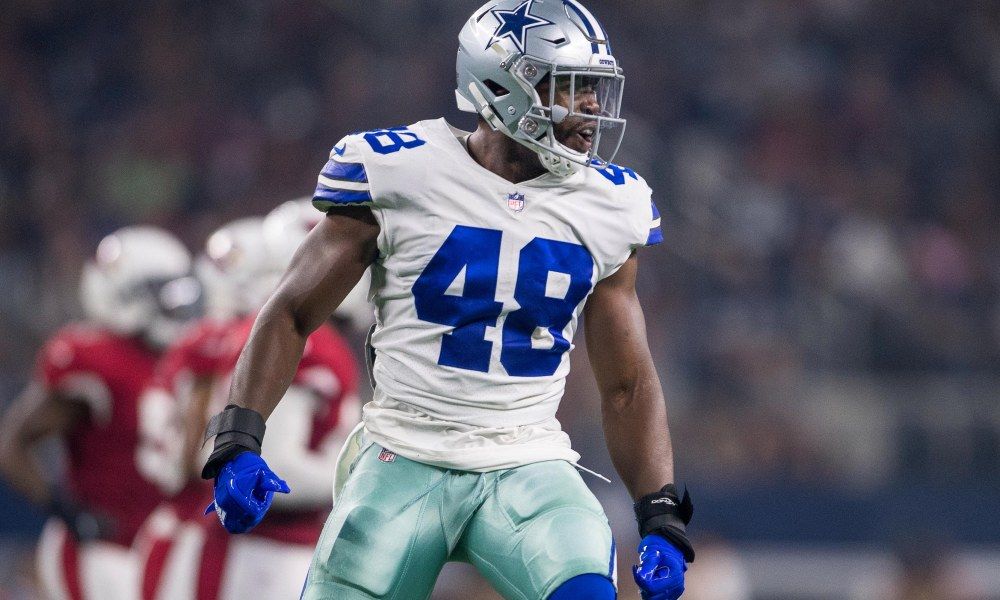 The player: Thomas is an athletic undersized LB at 6'1, 232 who has positional versatility to play MIKE or WILL in a 4-3 defense. He is a quality special teamer and good depth LB.

The fit: Thomas will fight for the LB3 position behind Zach Cunningham and Christian Kirksey. I don't expect him to start at SAM, as he doesn't have the size for it, however he will be good depth in case of injury, and has the athletic ability to cover in space.

The grade: (B+) The few Cowboys writers/media people that I follow (I know, it's painful) have all praised Thomas and mentioned him as the best backup LB in the NFL. Playing behind Jaylon Smith, Leighton Vander-Esch and Sean Lee, Thomas hasn't gotten a chance at consistent snaps. However, he is praised as a very consistent and dependable player. 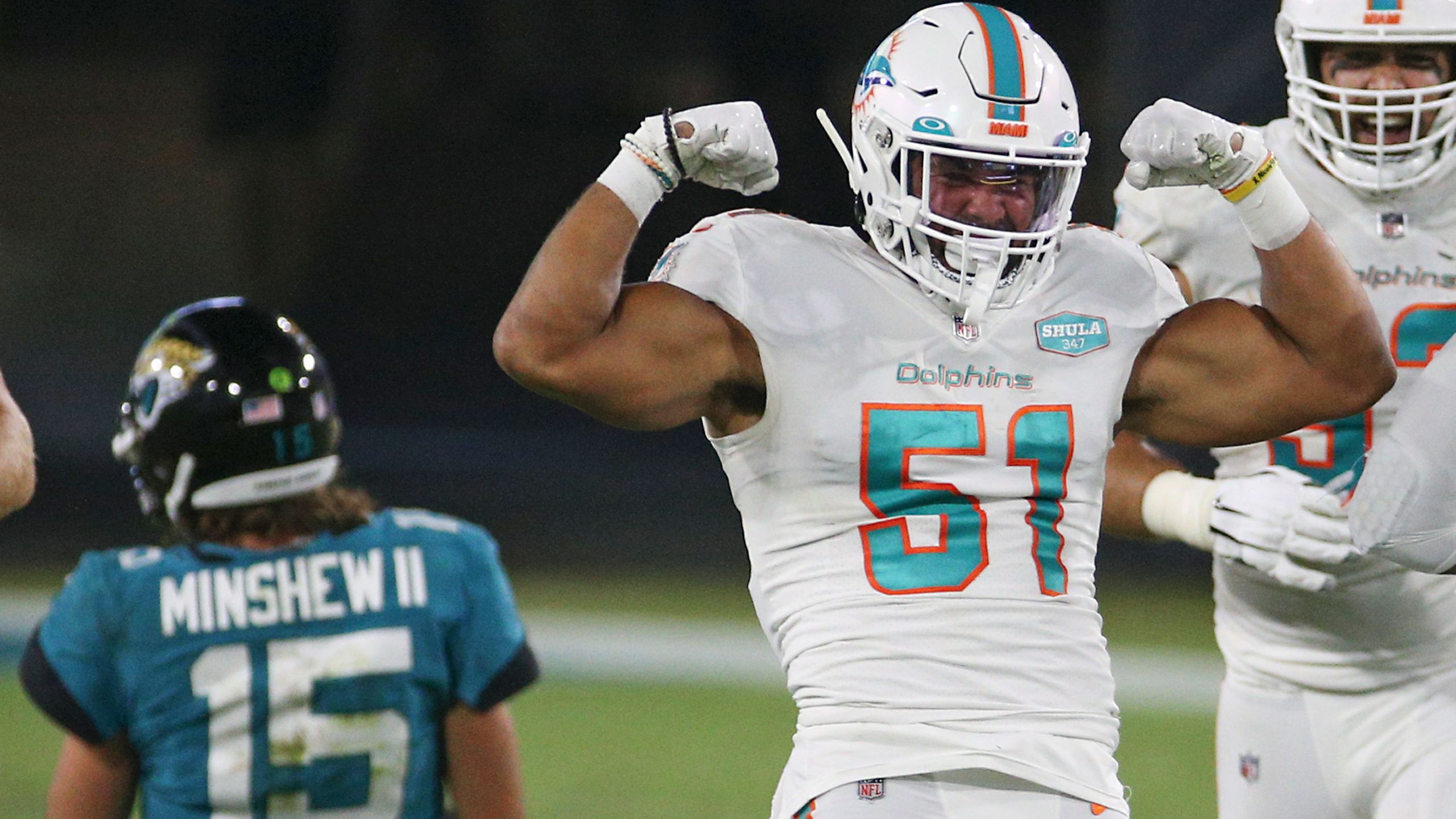 The player: At 6'2, 230lbs, Kamu is a former Dolphin and Eagle special team LB. His connection with new DB coach Dino Vasso (Eagles) and Brian Flores (ex-Patriot coach) is likely a big reason as to why Nick felt he could trust him.

The fit: Grugier-Hill is being announced as one of the better special teams coverage players. This is the constant theme with Nick's signings today and I would expect Kamu to replace LB Brennan Scarlett's role on the team.

The grade: (B) It's hard to be too critical of a special team/depth signing, but did we really have to shell out up to 3.25m for this guy? Hopefully the incentives are hard to reach. This deal is a positive, simply because we likely won't have to hurt our eyes anymore, watching Scarlett. 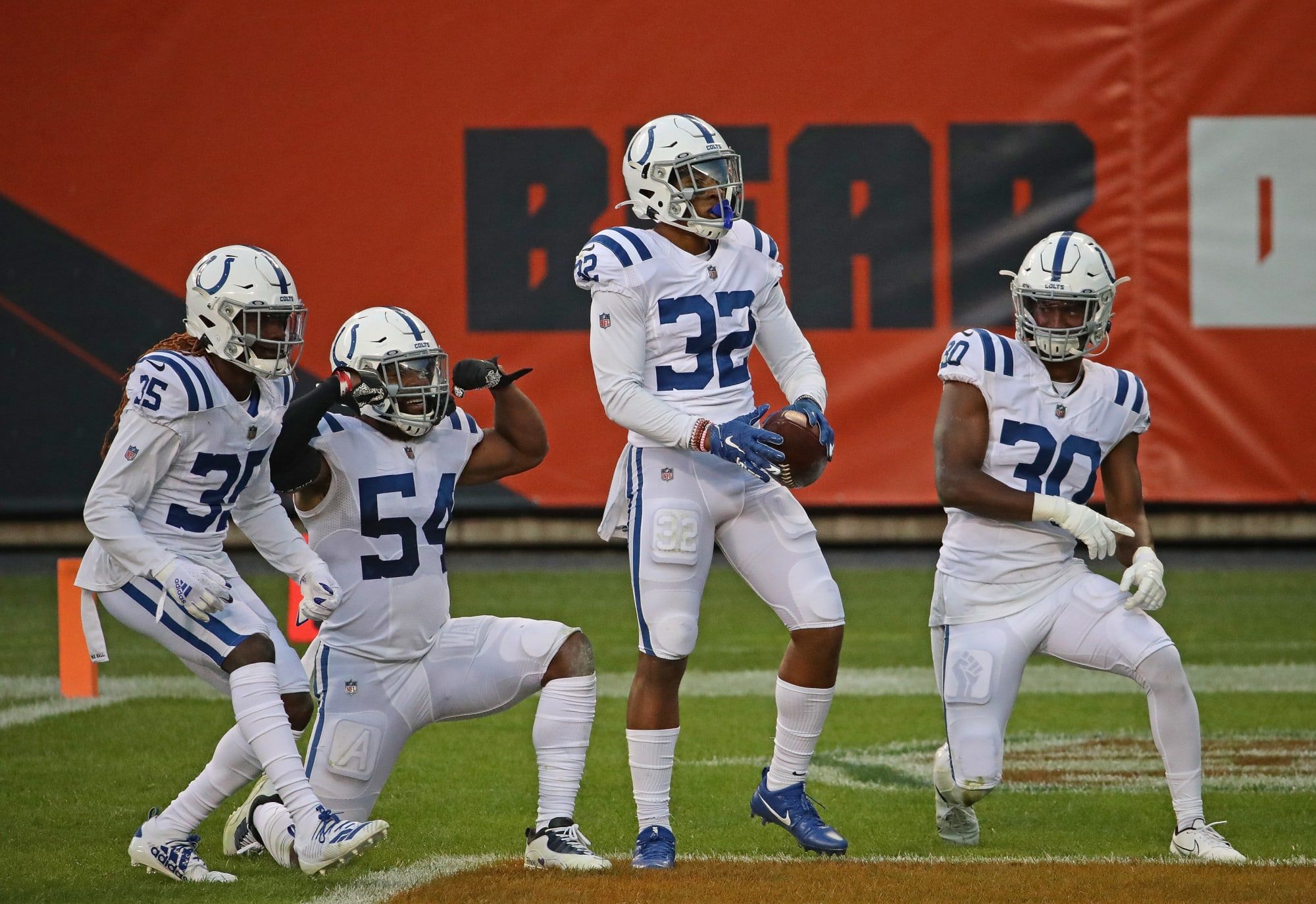 The fit: Smith has a connection to Texans new special teams coach, Frank Ross, from the Colts. His addition could spell the end for other special team CBs like Keion Crossen and Cornell Armstrong.

The grade: (B-) Again, it's hard to get too excited or too down on a special teams signing. I would've liked to see some more production from Smith, but special teams is a hard position to assign stats towards, and truly measure their impact. Special teams coach Ross should know how to use him well. Cheers to no kick/punt returns allowed in 2021! 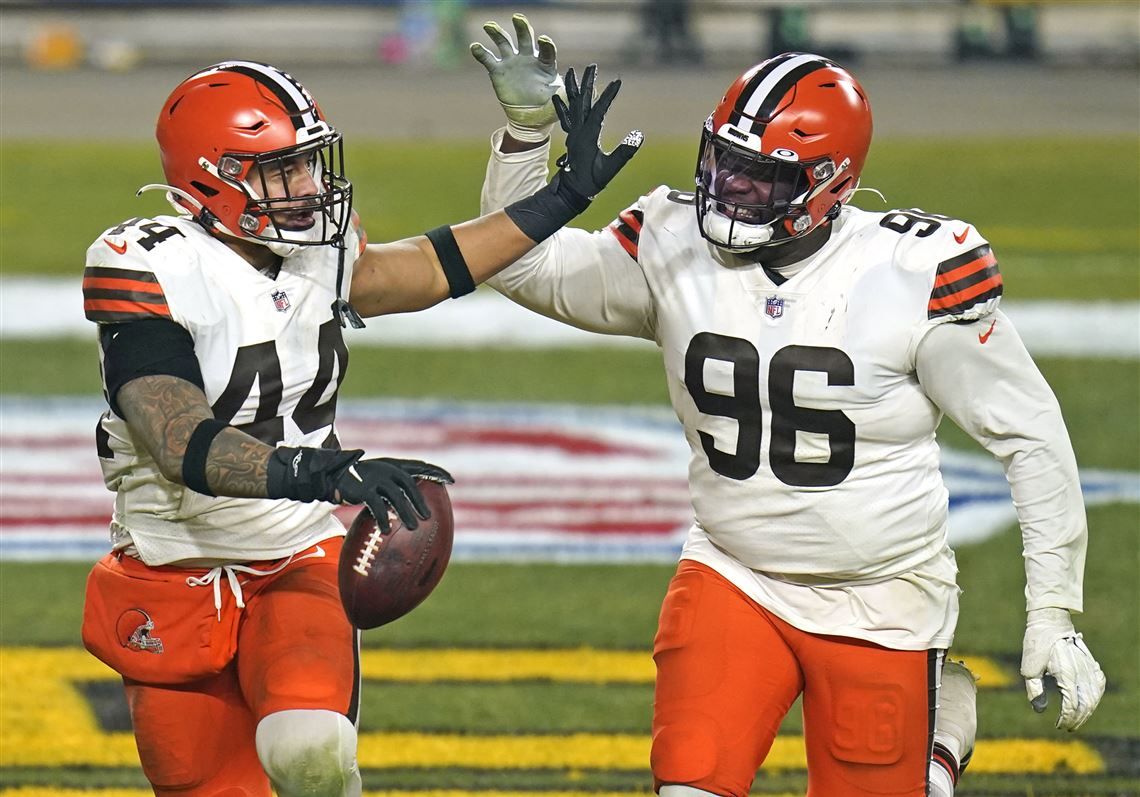 The player: Taylor is a big DT at 6'3, 311lbs. He has limited experience, with only 1 start in the past 4 years. He was decent depth for the Browns, and had some above average seasons for the Dolphins (per PFF).

The fit: The Texans need big time help in the defensive trenches. Taylor is the opposite of Collins, bringing run stuffing ability. He needs to become a more consistent player, to earn consistent reps. However, I like bringing in new bodies to compete, and not just relying on Brandon Dunn and PJ Hall, two players who we've already seen what they can do.

The grade: (B-) Taylor fits a position of need, and is relatively young at 26, so his best football should be ahead of him. A very cheap, one year deal, let's see what he's got! 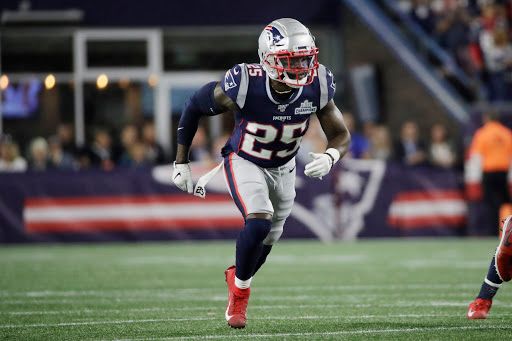 The player: Brooks is a 5'11, 205 lbs safety who prides himself on a physical brand of football. He is yet another special team signing, who registered 23 tackles last season with the Patriots. He served as the Pats 4th safety, not able to gain a starting role despite Duron Harmon (trade) and Patrick Chung (Opt-out) making it easy on him.

The fit: He's only started 3 games in his 7 game career, so I wouldn't expect that to change now. I would imagine Brooks replaces safety Michael Thomas, who we signed on a one year deal last offseason.

The grade: (C) Again, at the end of the day it's a one year deal for a special teamer, so I can't say I hate it. However, this theme of adding former Patriots is definitely something to keep an eye on moving forward. 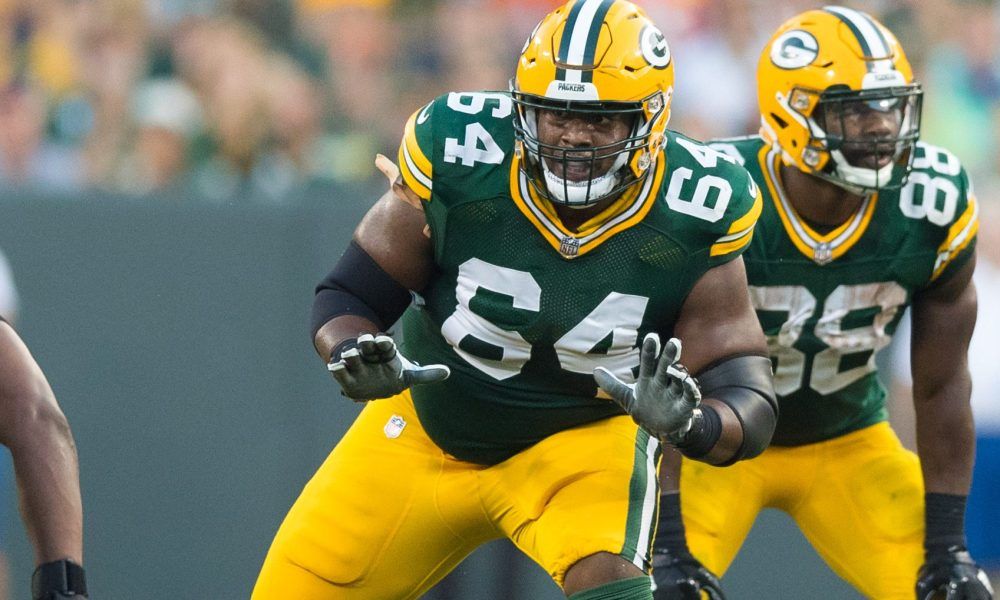 The deal: 2 years, 4 million, with an extra 1.5 million in incentives.

The fit: Going off of stats alone (which I don't like to do, but need some time to watch film on all these players), McCray looks to bring depth, but has a questionable resume. Below are his blocking stats and look at his blown block percentage. For reference, Zach Fulton's block block percentage in 2020 was 2.4% and his worst year in 2019 was 3.1%.

So, purely by the stats, I'm not confident in McCray to takeover the starting RG position from Fulton. He should provide competition between Fulton, Cannon and Scharping, however.

The grade: (C-) Hopefully reuniting with Campen brings the best out of McCray, but I'm not the most optimistic about this signing. I don't love that it's a 2 year deal, not 1 year, and were the incentives (likely for number of games started) necessary to give? Who else was going to sign him? Oh well, hoping for the best.

Boy, that was a lot, shoutout to you if you're still reading and haven't gotten bored. While there may not have been a flash signing, we shouldn't have expected that in the first place. What Nick Casserole has done, is exactly what he was brought here to do. Sign veterans to one year deals, improve the roster around the margins through depth, and keep the 2022 and beyond cap sheets relatively clean.

If I had to give an overall grade to Nick today, I would say a B+. No outright blunders, no big overpays, he attacked positions of need quite well. I am anticipating signing a CB or two, plus maybe another Defensive End, after the trade for Shaq Lawson.

Keep it up Nick Casserole, you're climbing the ever-important and illustrious Casserole scale. 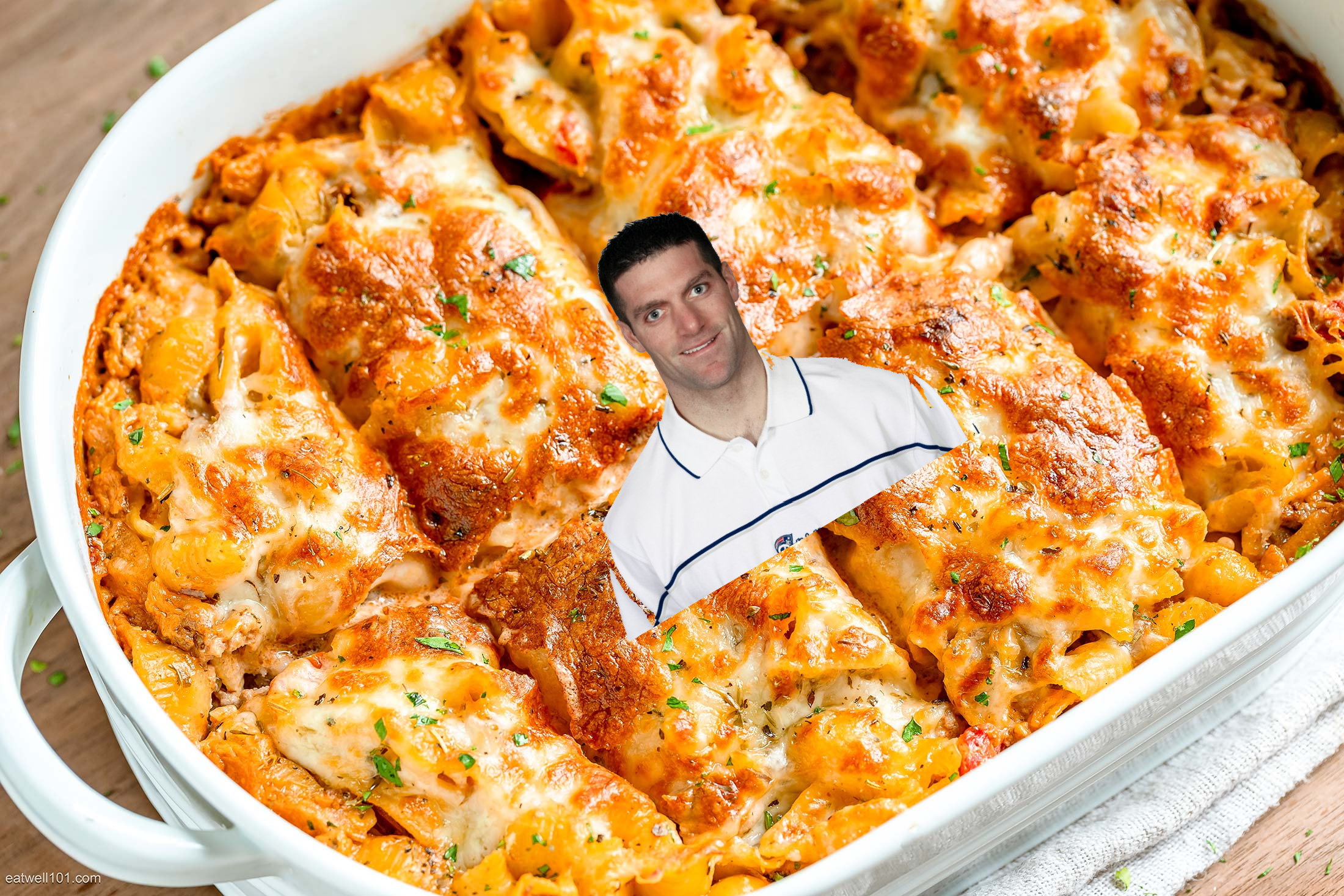