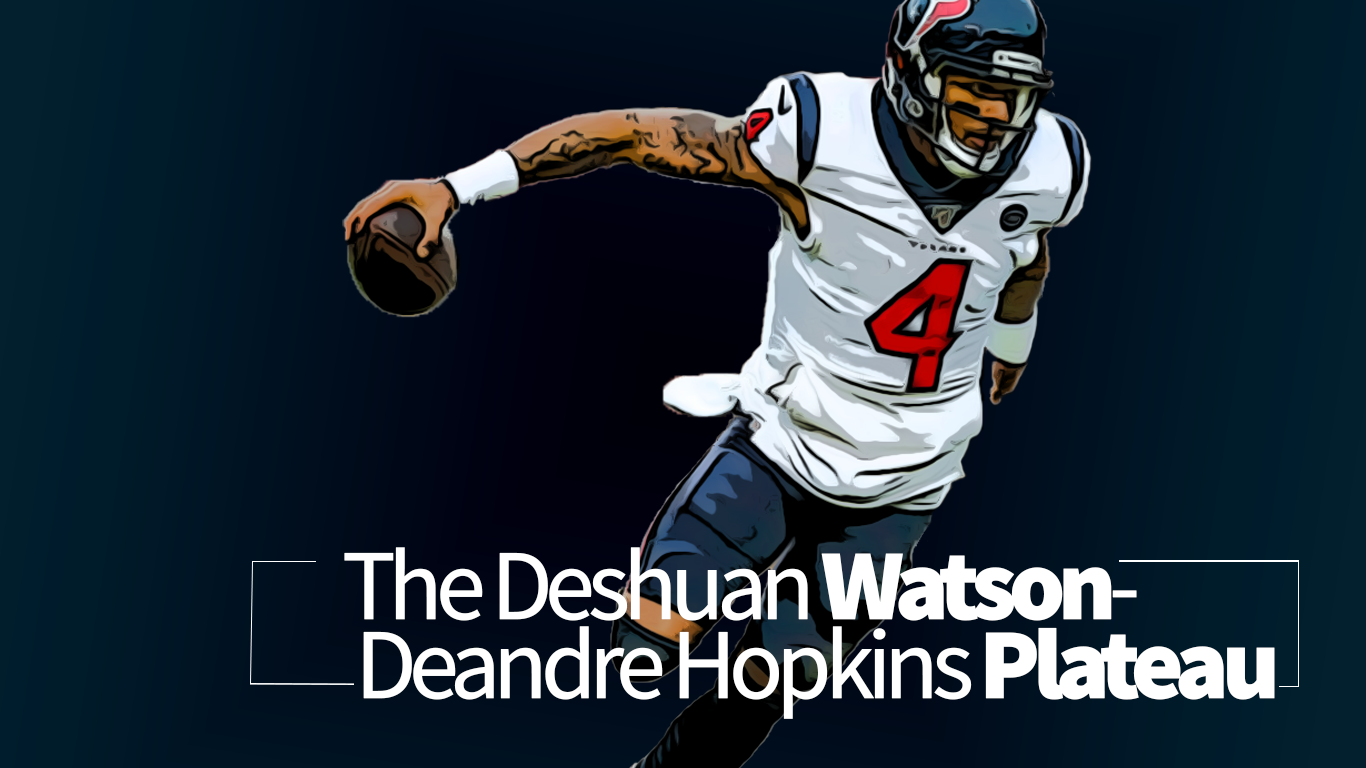 First of all, No DeAndre Hopkins’ Slander Allowed! Let’s crush this narrative that he was on the decline with the Houston Texans. Hopkins has shown no signs of slowing down. There's not a single statistic, advanced or traditional, that indicates any dropoff in play. No Houston Texans coach or NFL coach ever stated that he “lost a step” or “was no longer elite”. Hopkins is a Hall of Fame level talent and he will continue to produce as such.

Why did Bill O’Brien and the Houston Texans trade away DeAndre Hopkins?

Hopkins wasn’t declining. He wasn’t a diva in the locker room. Why then make the trade?

Incredulously to most that cover the team, but according to Bill O’Brien, the trade was simply in the best interest of the T-E-A-M.

As improbable as it sounds, O’Brien might be on to something.

Wide receivers cannot be successful without someone throwing them the ball. No other position in sports is as reliant on someone else than a wide receiver. While it is certainly possible to build an offense around a star receiver, all you have to do is look at the Brian Hoyer and Brock Osweiler offenses, the ceiling is quite limited.

However, quarterbacks can elevate the play of others around them. This is the defining trait of the all-time great quarterbacks and it's possible that Hopkins was holding Deshaun Watson back from elevating his play.

Hopkins may have been the best security blanket that Watson could have ever had, but that security put a cap on Watson’s production.

In 2019 Watson sat the last game of the season; however, the 15 versus 16 games is not a valid argument as Watson played 2018 with broken ribs.

Per NFL Next Gen Stats:

If the Texans’ goal was to simply be a playoff team, then a Hopkins-centric offensive would accomplish that. Focusing the offense through Hopkins had allowed the Texans to reach the playoffs with quarterbacks such as Hoyer and Osweiler. But even these Texans teams were built around their defense. For as good as Hopkins was and is, he could not single-handedly drag the offense into the upper half of the NFL. Finishing 26th in points per game in 2015 and 28th in 2016.

Hopkins stated in SI that “all he had to do was ask for a little raise” and he would get the “result he was looking for”. Bill O’Brien was looking for a reason to move on from Hopkins. For as great as Hopkins and Watson were together, O’Brien believed the pair had plateaued. The 2019 Texans surrounded Deshaun with the best offensive supporting cast of his young career, and Hopkins was still second in the NFL in target share.

O’Brien has stated on many occasions that it all starts with the quarterback. Hopkins called Deshaun his baby brother. How could Deshaun truly lead the Texans with a player that was relying on him calling him his “baby brother”. Subconsciously or not, Deshaun was reliant on Deandre. There has never been a Hall Of Fame QB-WR pairing that won a Super Bowl without the Quarterback being established first. In the past twenty years only three top 5 receivers have won the Super Bowl. Travis Kelce 2019, Victor Cruz 2011, and Marvin Harrison 2006. Something else to ponder; 2 of the 3 teams to make it to the Super Bowl with 2 top 20 receivers the top receiver was a tight end (Rob Gronkowski and Kelce).

If Deshaun and DeAndre’s draft years were reversed, there would be no excuse for trading Hopkins. However; no wide receiver dominant team has ever won the Super Bowl. EVER. The quarterback has to be established first. Otherwise, the quarterback’s development is hampered by having a “ball-hungry wide receiver”.

Super Bowls are not won by elite wideouts, they are won by elite signal-callers capable of spreading the offense out to multiple weapons. Bill O’Brien knows that. With a generational talent like Deshaun Watson, a Super Bowl should be the only goal that matters and this is why he was fine with moving on from a likely Hall of Famer in Hopkins. Plain and simple. The 2020 Texans are Deshaun Watson’s team. The offense will flow through him, and no one else.