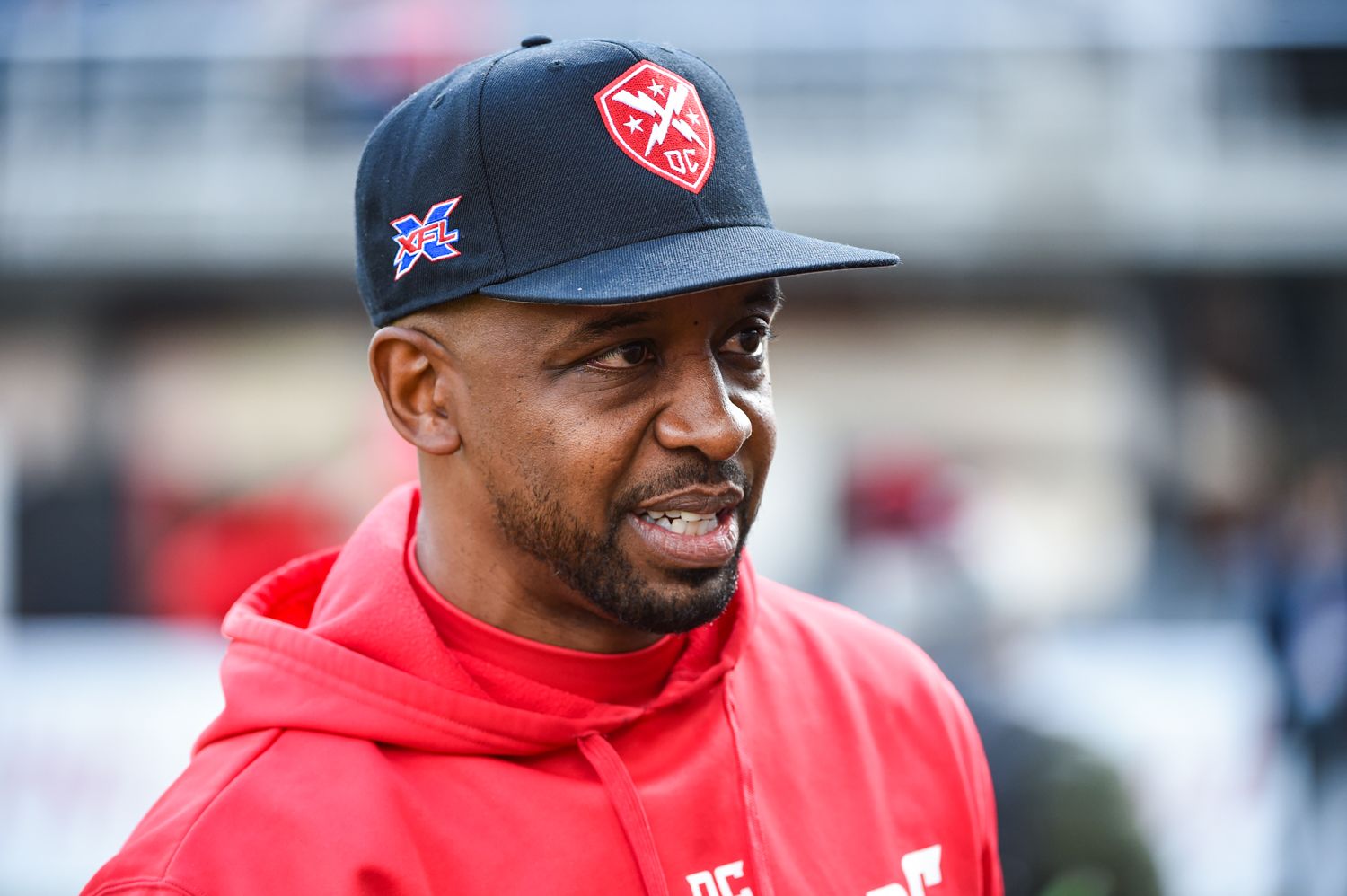 The Houston Texans have assembled their coaching staff under David Culley, and despite the questionable head coaching hire, his coaching connections bring some intrigue heading into the 2021 season.

This hiring isn't without its red flags

Before diving into David Culley's extensive coaching ties in the league, we need to address the elephant in the room. Why has Culley never been seriously considered for an NFL head coaching job? (Houston was the only team that came calling).

There is no easy way to answer that question. However, we need to wonder for how long he will be a head coach at this stage of his career. It is somewhat concerning that Culley will become the oldest first-time head coach at the age of 65. Only Bill Belichick, Bruce Arians, and Pete Carroll (Super Bowl-winning head coaches) will be older than Culley heading into the 2021 season.

If Deshaun has a shocking change of heart and decides to commit to the Texans with Culley as the head coach, what are the odds that Culley, at the age of 70, re-signs as the Texans head coach after his 5-year deal expires?

In the event that Culley is fired or decides to retire before his deal is over, it likely isn't appealing for Watson to play for a third head coach in under a decade for one franchise. Of course, this is under the notion that he stays in Houston. (The lawsuits are certainly something that may alter his plans).

Watson has 5 years remaining in his contract with Houston, which coincides with Culley's deal (Watson will play on the rookie fifth-year option this season before his four-year extension kicks in).

Criticisms aside, Culley has eagerly been on the hunt for a head coaching job, moving from talented coaching staff throughout the years. Culley has worked with prominent head coaches like Bill Cowher, Andy Reid, Sean McDermott, and John Harbaugh.

Culley was the assistant head coach in two of his last three stops under Reid in Kansas City and with Harbaugh in Baltimore. He spent 18 seasons combined with Reid in Philadelphia and Kansas City.

Culley could've probably made a living as an assistant under Reid, but he had the ambition of eventually becoming the head coach of an NFL franchise (which is why he stepped up for this opportunity when other candidates looked the other way).

Coaches Retained from the Previous Regime

Will Lawing (Tight Ends) and Deon Broomfield (Defensive Assistant) were originally expected to be retained before deciding to go back to the college ranks. Lawing will be an offensive analyst for Alabama; meanwhile, Broomfield took the safeties coaching job at Iowa State.

Culley emphasized the Texans wanted some continuity on the offensive side of the football after some of the success they had in the passing game.

Bischoff had helped the Ravens' TE group for the last four seasons and was one of Culley's coaches from Baltimore.

Texans also made a noticeable change in the QB room with the addition of Pep Hamilton. He's recognized with the work he did with the Chargers' Justin Herbert in Los Angeles (2020 NFL Offensive Rookie of the Year), but he has worked with noticeable coaches in Lovie Smith (Bears), Jim Caldwell (Colts), and Jim Harbaugh (Michigan).

Besides his connection with Harbaugh in Michigan, Ben McDaniels is Josh McDaniels younger brother. Nick Caserio and Josh McDaniels were teammates at John-Carroll, and they were part of the Patriots organization for almost two decades.

Moving on to the offensive line, Campen got his first job in the NFL with the Green Bay Packers while Mike Sherman was their head coach. Sherman and Culley share history back in their days as college coaches in Texas A&M. Sherman coached the Aggies OL while Culley coached the WR group.

Campen will be assisted by former Buffalo Bills' center Robert Kugler. Kugler is getting his first NFL coaching job after his short stint as a player with the Bills in 2016. He was a graduate assistant with UTEP (2017), the University of Washington (2018-2020), and was the Appalachian St offensive quality control coach (2020).

Despite having a short career as an NFL player, Kugler has a strong coaching background with his father (Sean Kugler), currently the Arizona Cardinals' Run Game Coordinator/ OL coach.

How does David Culley tie into it? Andy Reid was UTEP's OL coach during Sean's final seasons as a college player (1987-1988), and he credits Reid a lot as a coaching influence for him. Meanwhile, Culley was the Offensive Coordinator, RB coach, and WR coach at UTEP (1989-1990).

Culley may have never crossed paths with Sean Kugler at UTEP or coached Robert Kugler in college or the NFL, but their mutual connections to UTEP and having Andy Reid as a common denominator couldn't have hurt Robert landing his first NFL coaching job as an assistant on the Texans. A lot of times, it isn't who you know but who knows you.

Last but not least, the Texans also brought in longtime Lions' WR coach (2014-2020), Robert Prince. Former Lions head coach Jim Caldwell was responsible for bringing Prince to Detroit, and Prince was the longest-tenured Lions' coach on the 2020 staff.

It's tough for a coach from a previous staff to last so many years after the head coach who brought them in is no longer there, but Prince was well-liked by coaches and players.

Looking at his offensive coaching overall, It's not difficult to see that Culley's hires draw inspiration from coaches he has worked with in the past and coaches he has respected from afar.

To put it frankly, no coach was saved on defense except for Bobby King (Texans ILB coach since 2017). King had also worked as the Texans OLB coach, but he gave that responsibility to John Pagano (2018-2019) and Chris Rumph (2020).

King broke into the NFL with the Dallas Cowboys as a defensive assistant/ assistant LB coach under head coach Bill Parcells and defensive coordinator Wade Phillips. He's been a linebackers coach in his other NFL stops (1st Texans stint and Chargers), but this new role won't be completely foreign to him.

Lovie Smith will assume the defensive coordinator role that Weaver left behind and will be the associate head coach for Culley. Smith never worked with Culley, but he is credited as one of his mentors in the latest press conference that Culley had with the Houston media.

Smith took a brief intermission from the NFL, going the college coaching route to get his next head coaching job with the University of Illinois. His 5 years with the program didn't meet expectations after being fired with a 17-39 record.

However, the relevant part for Texans fans is the staff he brought from his time in Illinois. Texans hired (Lovie's youngest son) Miles Smith to be the new LB coach heading into the 2021 season.

This will be Miles' second job in the NFL since working as a defensive quality control coach with the Buccaneers, while Lovie was the head coach in Tampa Bay (2014-2015). Miles followed his father to Illinois as the secondary coach (2018) before taking over the linebackers (2019-2020).

Lovie also brought Ilir Emini, who was a defensive analyst at Illinois (2019-2020). And it isn't too hard to see why Lovie wanted to bring Emini with him, considering how close they worked together with Illinois' defense.

"I am basically serving as his right-hand man. I’m an analyst for him,” Emini said of Smith, who also serves as the Illini’s defensive coordinator. “He has such a great football mind and the smartest man I’ve ever talked with in regards to defensive football."

Before joining Smith's staff, Emini started as the Quality Control Coach/Video Coordinator for Wofford College (2016). He rose to Assistant Defensive Backs Coach in 2017 and became the Safeties/Nickels Coach in 2018. Coincidence or not, the Texans also hired Allen Smith (defensive assistant/ assistant DL coach) from Wofford College.

Emini and Smith crossed paths at Wofford in 2018, and it wouldn't be surprising if Emini played a part in Smith joining Lovie's defensive staff.

Another surprising addition to the Texans' defensive coaching staff is Greg Jackson's addition as the safety coach. Before the arrival of Culley, Houston has normally had a secondary coach instead of having a cornerback and safety coach.

Jackson was a well-respected coach under Jim Harbaugh as 49ers assistant secondary coach (2011-2014). Jackson followed Harbaugh to Michigan, where he was the safeties coach in the secondary for the 2015 season.

He didn't last long in the college coaching ranks as he was hired by the Dallas Cowboys the following season and remained with Dallas until the 2019 season. Jackson was one of the coaches that departed once the team moved on from Cowboys' long-time head coach, Jason Garrett.

Along with Jackson, Houston hired Dino Vasso to become their cornerbacks' coach under David Culley. Vasso is one of the youngest coaches on the staff at 33 years old, but he's been a football coach for quite a while.

Vasso started with Temple as an intern (2011) before being hired the next season with Missouri as a graduate student. He leaped to the NFL in 2013 with the Kansas City Chiefs as a defensive assistant in the secondary; he coincided with Culley for three seasons before going to the Philadelphia Eagles with Doug Pederson (Chiefs former OC).

Texans let go of (Brad Seely's long-time understudy) Tracy Smith after his lone season as the special teams coordinator as they decided to hire Frank Ross to replace him.

Ross has ties to Caserio from their time together in New England as a scout (2015-2017), and they both are former alumni at John Carroll University.

Ross was a special teams assistant with the Colts for three seasons (2018-2020), and he was one of the names rumored for the job after Culley was hired. Interestingly enough, Ross brought in his former high school teammate in Sean Baker, to be an assistant on special teams.

Baker and Ross got college offers after high school, but Baker was able to pursue an NFL career as a football player (2012-2016). Baker had stints with the Tampa Bay Buccaneers, Atlanta Falcons, Indianapolis Colts, and the Cleveland Browns before becoming an assistant coach at Youngstown in 2017.

Baker was originally hired to be a defensive analyst for Ed Orgeron's LSU staff before joining Ross in Houston.