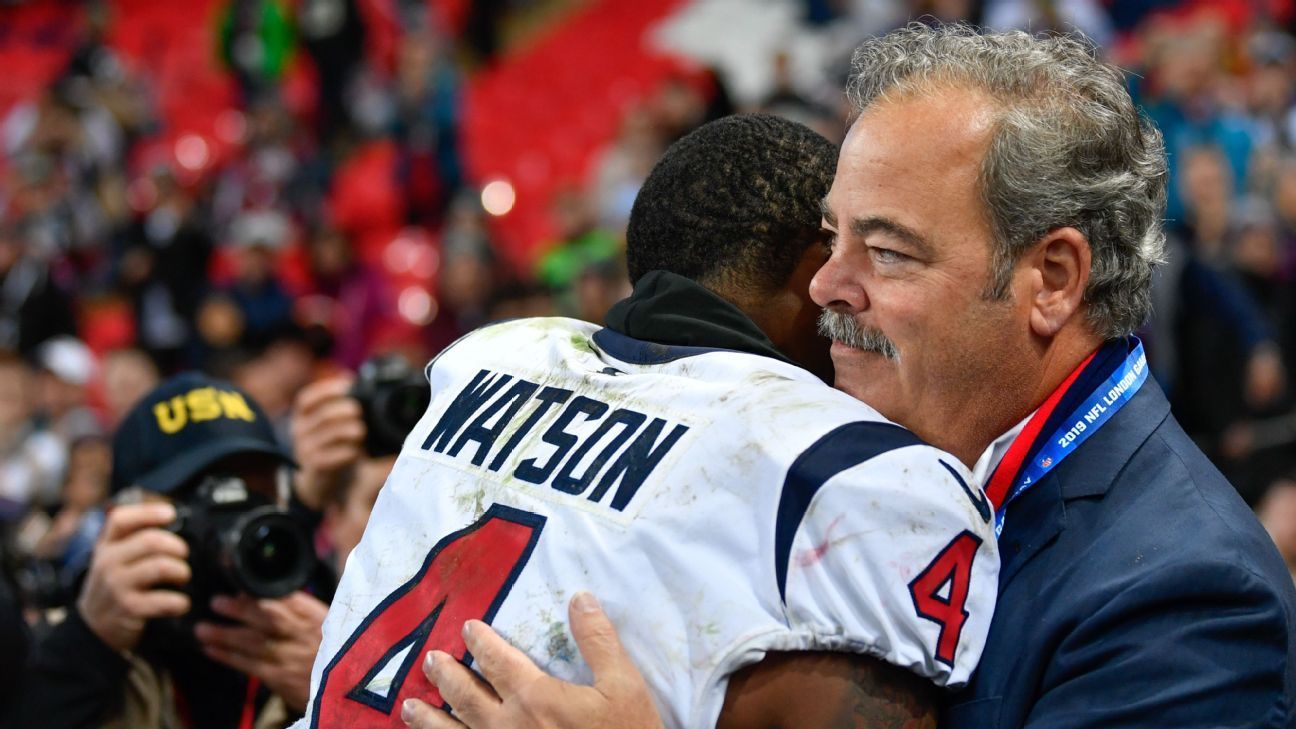 Deshaun Watson Traded: Where Do The Houston Texans Go Next?

The Houston Texans finally found a franchise quarterback. We watched Deshaun Watson grow for four seasons. He was on pace for a historic rookie season in 2017. He made the playoffs in his first healthy season in 2018. He brought us so close to the AFC Championship game in 2019. He even lead the NFL in passing yards in 2020 Then, the nightmare ensued.

From an underwhelming 4-12 season, to the Bill O'Brien firing, to Watson's trade request and sexual assault allegations - the journey to this point has been far from ordinary. Now, after a recruiting process that took the NFL world for a spin, Watson has chosen the team that traded away the draft pick which selected him in 2017 - the Cleveland Browns.

Making Sense of it all

There's a saying that goes, "You learn more about someone at the end of a relationship than at the beginning". Personally, that applies to my view of Watson as he was once a role model. A leader on and off the field, someone who always preached the value of family and completed some wonderful acts of service for the Houston community and Texans employees.

While I'm not here to villainize Watson, I am here to share that my perspective on the man has drastically changed. Watson doesn't owe me anything, I am just a speck of dust to him. Yet, discovering his desire to refuse to play for my favorite sports team hurts me. Unveiling story after story of his 22 sexual assault allegations disgusts me.

The point here is that while I am bummed we lost the chance to watch and root for an MVP caliber QB, the human aspect of football is very real and the passion I felt for Watson's talents is gone. It's been overshadowed by his own doings, no one else's.

In the end, Watson signed a new contract with the Texans, demanded a trade before playing another game and chose the team that was willing to pay him a financially-historic, fully guaranteed contract.

On top of it, the Browns were happy to lower his base salary during the upcoming season, which would mean the money he loses from a suspension would be coming from one million rather than the 45+ million he makes every other season.

Contract negotiations took place to ensure a low base salary in 2022 because there's a near guarantee Deshaun Watson will be suspended as he faces active civil lawsuits for sexual assault and harassment for 22 different women.

Nonetheless, it's over. Destressing Friday night and taking a deep exhale of relief put things into perspective. It's all about the future and what comes next. The Texans have the opportunity to accelerate their rebuild but to do so they must nail their future draft picks and learn from their past mistakes.

In the end, the Texans traded Deshaun Watson and a fifth-round pick, for the following: three first-round picks (2022, 2023, 2024), one third-round pick (2023) and one fourth-round pick (2024). Caserio did receive the picks he desired - three firsts, plus more - but failed to deliver on a known commodity in a young starter.

Instead, five picks over the next three years are what's left to show for Watson. This doesn't mean the Texans can't rebuild, it just makes their job tougher and draft success more desperate.

Starting with the 2022 NFL Draft, the Texans hold two picks in the top half of the first-round (#3 and #13) and five selections (#3, #13, #37, #68 and #80) in the top 100 picks. There is a multitude of ways Caserio could go, especially in the first. With he and head coach Lovie Smith sharing a passion for defense and with this being a defense-heavy draft class at the top, building the foundation for one side of the ball makes theoretical sense.

Not necessarily change but I think Kyle Hamilton at 3 makes even more sense.

Historically, you want an elite pass rusher, so maybe Kayvon at 3.

But, EDGE is deep this year and having 13 gets you in Jermaine Johnson, Travon Walker, George Karlaftis range.

As for the future picks, Texans fans will constantly have a team to root against during the next two seasons. Additionally, the eventual suspension headed Watson's way can play a large role in the Browns' win/loss record in 2023. I could see him missing as few as six games (what Ezekiel Elliot got) and as many as ten (what Greg Hardy got). This makes the Browns' backup QB job an important one to monitor.

Ultimately, the Texans still received the maximum tradeable amount of the most premium draft pick available, with the three first-round picks. Caserio will need to draft great. Not just solid, not just average, but great. It's time to put up or shut up.

the men at the top

The second thought regarding the future involves some self-reflection. To burn the bad vibes from the last few years away, we must enter the belly of the beast and confront a major issue.

The Houston Texans are a bad team in the NFL. This isn't by chance, or dumb luck. It is largely due to self-inflicted wounds and the finger should ultimately be pointed at the top.

The inability to retain talent is a death sentence for NFL teams, especially when said talent is already so hard to come by. Thus, even if the Texans nail all their future picks, keeping them happy in Houston needs to be a priority.

What does that look like? What's been done in the past cannot be repeated. Improving the front-office practices, prioritizing balanced communication with players and constantly improving the roster towards winning football is a start. Removing inept executives is a must.

The Texans have consistently found themselves in disadvantageous positions because of the ineptitude of various decision-makers. While I was initially disappointed in Caserio for not being able to attain the trade capital he desired, I thought about the "why".

In the end, Watson's no-trade-clause clenched significant power as he held final say in his destination. Cleveland didn't need to match Atlanta or Carolina's packages piece for piece because Watson gave them the one-and-only final rose.

And who cast Watson to this weird season of the NFL Bachelor? Jack Easterby. The man who shortly gained GM duties after Bill O'Brien was fired and before Caserio was hired. Easterby negotiated Watson's new massive contract in 2020, which had the shiny NTC that ultimately dictated the terms and handicapped Caserio.

Would someone with more legitimate NFL front office experience allow for the NTC to be included? Maybe still (shrugs). But in the end, it's a decision that limited the Texans' return on their chance to hit the jackpot.

Even if Easterby's decision-making power is lessened nowadays (it better be), we've learned the hard way that scars caused from picking a scab - even if it was years ago - can look ugly for a while.

I've tried moving on from the Easterby talk because at certain points it has gotten exhausting. However, it's only right to place blame where it is deserved. For Easterby to continue to steer clear of repercussions for negatively impacting this franchise, that duty falls on one man's sword - Cal McNair.

Will the slashing ever come? Who knows. But with rumors swirling that Cal stepped into and took over the most recent head coach search that resulted in Lovie Smith, his holding of the CEO powers continues to prove detrimental.

If the Texans truly want to do - as they so often say - what's best for the organization, they'll get a real grown-up who knows what he's doing, into Cal's chair.

That's the step in the rebuild that rarely happens, but would be the biggest accelerator for Houston's football team. All I can do is hope.