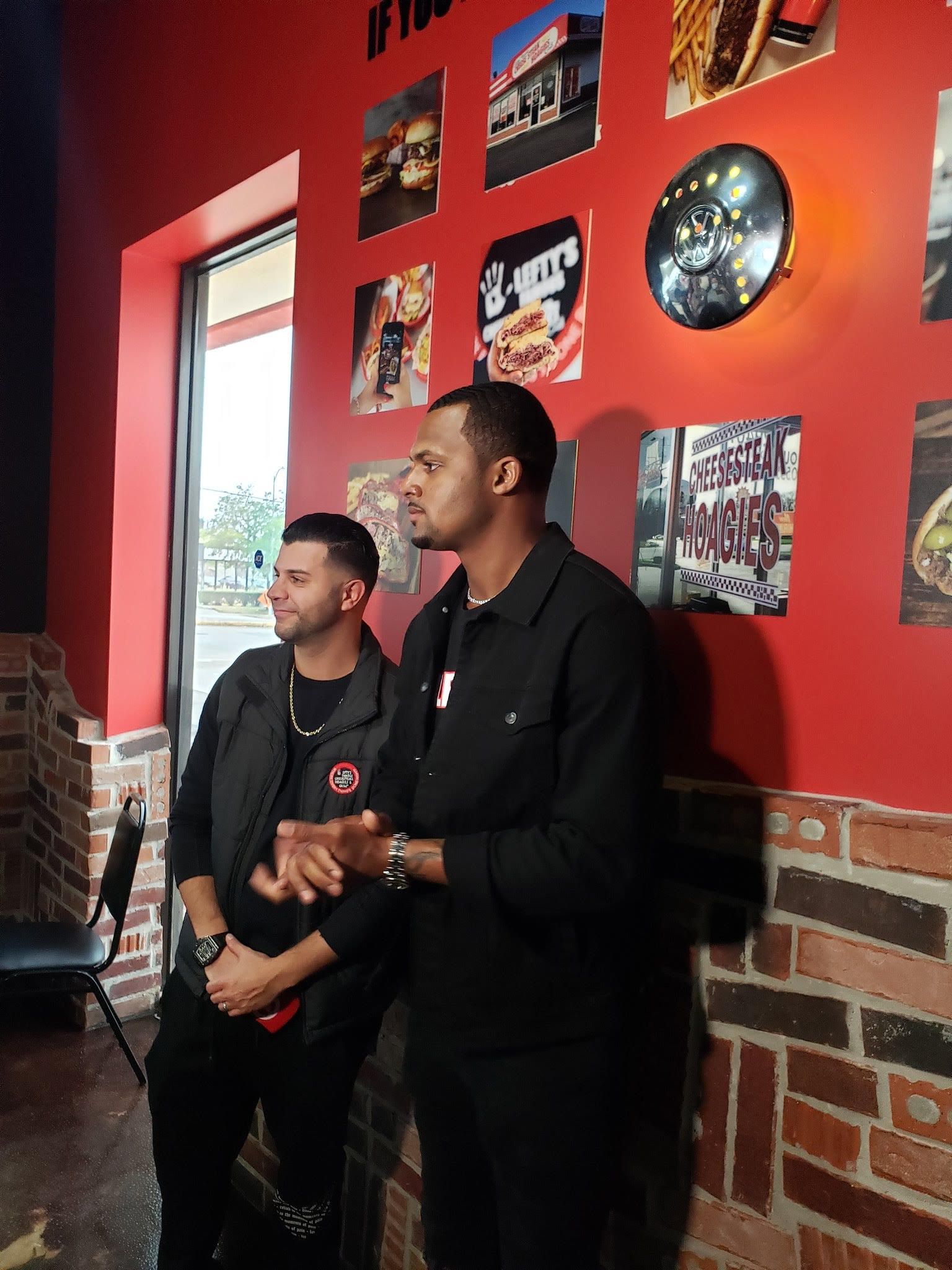 Deshaun Continues to Carve His Own Path

Many athletes dive into business ventures outside of sports to boost their portfolios and build long term wealth for generations and their families. Deshaun Watson is no different. Deshaun recently brought a new franchise to Houston that is based in Detroit named Lefty’s Cheesesteak. Not your ordinary big named brand like a McDonalds or Burger King which a lot of star athletes attach themselves to, but then again Deshaun doesn’t have a normal portfolio when it comes to business ventures. He’s also part owner in a Tech Company in Rally, a Nutrition Company in Zurvita, and now a Cheesesteak franchise with Lefty’s. What stands out to me is Deshaun isn’t just attaching himself as a “Brand Ambassador” like some, he’s taking ownership. He didn’t just collect a check up front, do appearances and then just head to the bank, he wanted ownership instead of collecting a check. By taking ownership, it shows his commitment to the brands success and a willingness to be a part of their growth for the future. Another thing he’s investing is his time and passion to make sure these companies are successful, just as he’s done with his football career.

The biggest thing that sticks out to me with opening a restaurant during the current climate were in during the pandemic is his commitment to “Be Legendary.” Watson could have very easily the risk was too large, and packed it in, but that’s not who he is. Deshaun has a vision and he’s sticking to it. Watson plans to open at least five restaurants in Houston with Lefty’s to start. The first location is located a stones throw away from NRG Stadium.

You may ask, well what’s the big deal with starting a restaurant? For one, it’s takes a significant investment in both time and money, but also people. Creating jobs for people during one of the harshest times we’ve faced isn’t being talked about enough in my opinion. Deshaun and his business partners recently flew the entire staff from the Houston location to Detroit, all expenses paid, to learn about Lefty’s. Many of the employees had never been on an airplane or stayed at a fancy hotel. The entire experience for them was a first-class treatment. Investing in people is what makes businesses successful for the long haul similar to a football franchise.

During the opening of Lefty’s on Tuesday, Deshaun was surprised by the VIP turnout from his teammates, one because Deshaun had no idea they were coming. A few have trickled back through since then to get food again. 100 patrons walked away with gifts from an autographed football or picture, a small token of gratitude from Deshaun to show his appreciation to the people who are supporting his business. Deshaun was around for a small portion of the opening but ducked out shortly after the restaurant opened to the public much like his teammates did prior to the public showing up. Deshaun also made sure his support system growing up, was able to share in his success by making sure his Mother, Brother and Sister, Aunt and Uncle and a close childhood friend were there. What good are your success’s if you’re unable to share them with the ones you love?

There has been a little concern over how the opening was handled during the pandemic in accordance with NFL rules and State and Local Guidelines. Deshaun and his staff were very careful to follow guidelines, to the extent that the staff was all tested, he and his close acutance’s tested and masked up when in close proximity to others who weren’t tested, capacity at or below the regulations set forth by state and local officials. Others out there have made much to do about nothing it seems.

During one of the worst times this country has faced, it’s nice to see someone continue to be the hero in peoples lives. While he may be an absolute star on the field, Deshaun Watson does a lot of things off the field that are often overlooked and not talked about enough. We all know Deshaun’s story growing up, back in 2006 Deshaun and his family were the beneficiary of a fully furnished home provided to them through a partnership with Habitat for Humanity and The Warrick Dunn Charities Foundation. Deshaun has started doing big things in the community locally in Houston from starting the Deshaun Watson Foundation who recently partnered with Houston Police Department donating 200 bicycles to local kids in a program that in total gave out 700 bikes, donated 1500 backpacks and supplies for back to school, 600 Halloween costumes to kids in need, $40 HEB gift cards to 200 students, helped feed 700 families for Thanksgiving, and paid utilities and groceries for 4 families for an entire year.

It’s refreshing to see a major star like Deshaun break the mold of your typical “Face of the Franchise” and be himself and carve his own path in life, while staying incredibly hungry to be successful in both like and on the football field. We’ve got a good one Houston.