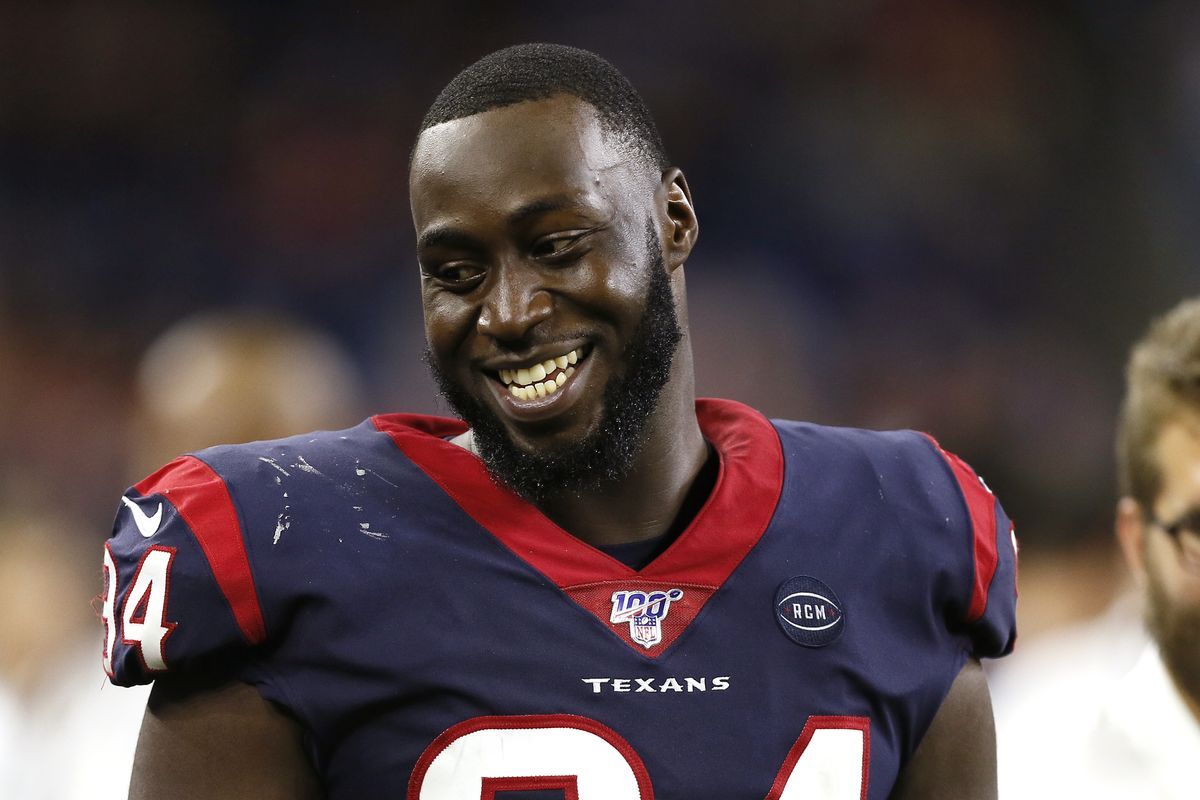 One hundred and sixty.

That’s how many players were selected in the 2019 NFL Draft, before the Houston Texans selected Charles Omenihu in the 5th round. He’s never let that derail him; however, and no matter the circumstance, he’s going to work to prove he’s better than those one hundred and sixty players.

His sophomore stats this year may not jump off the page (5 tackles, 2 sacks, 2 TFLs per Pro Football Reference), but box score numbers don’t tell the whole story. In this article I’ll be diving into how Omenihu has been doing more with less, and become the most efficient pass rusher on the Texans.

I will not lie, Omenihu only having 5 tackles on the year looks worrisome, but that’s only if you don’t understand the situation he’s been put in. Since starting Week One vs the Chiefs, the Texans have put Charles in more of a rotational role (41% snap count), with a large percent of that coming on passing downs. He hasn’t let this anger him, using it as motivation instead, and growing as a star in his role.

He hasn’t been tasked with defending the run as much (thus the low tackle numbers) and has instead been unleashed as a 3rd down machine. Programmed to attack the Quarterback at all costs.

He’s racked up an impressive 11 QB hits (at least 1 in 9 straight games) which leads all Texans players and is second among ALL sophomores (1st is Montez Sweat with 13). Not only is Charles one of the best pass rushers in his class, but comparing this stat to the rest of the NFL will open eyes. 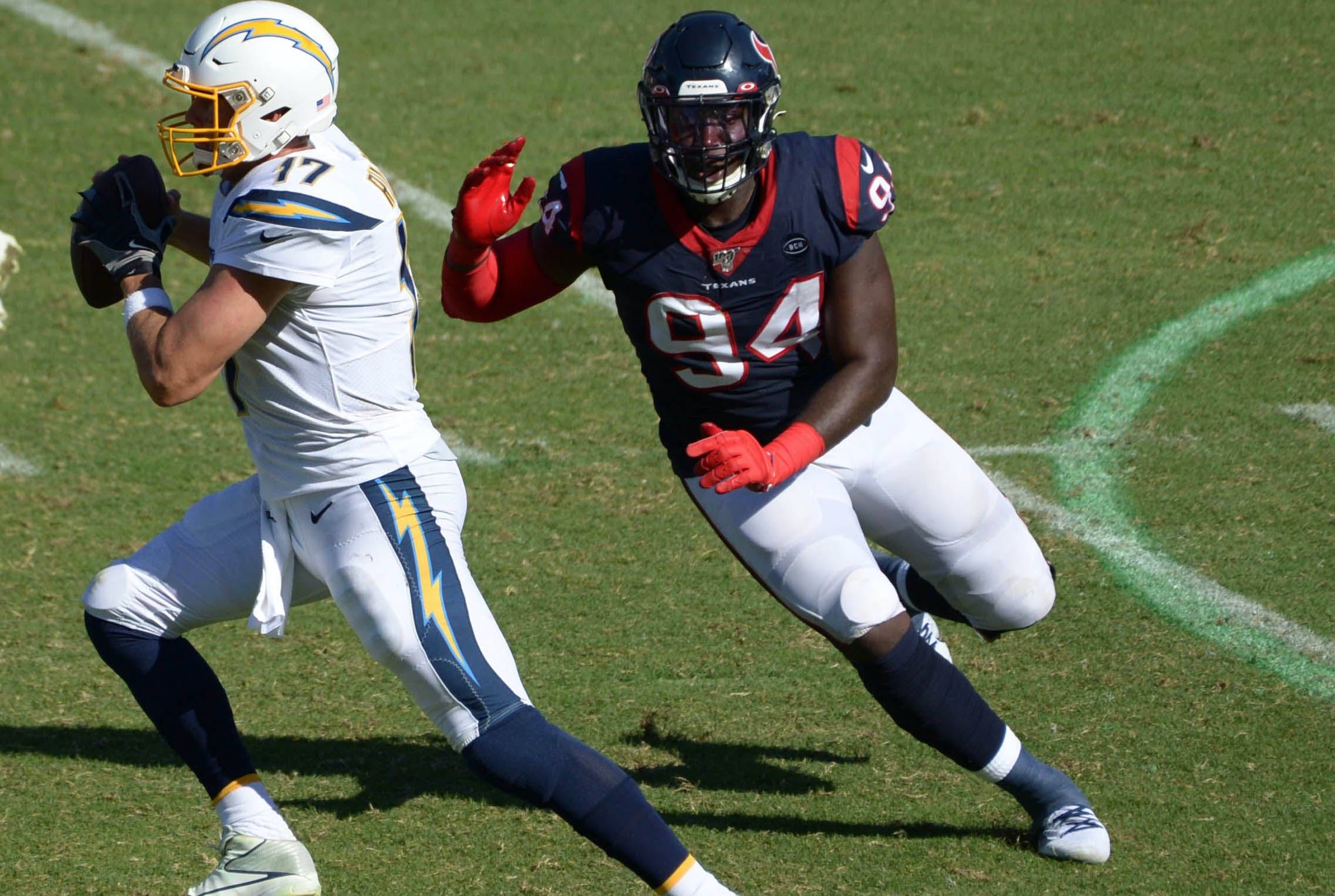 While there is a big disparity in sack totals (I’ll get there, don’t worry) the gap between QB hits is what really stands out to me. That number should be impressive already, but it gets even more so when we put it into context.

Since Charles hasn’t had as many opportunities as other defensive linemen, we have to consider how his snap count factors into a volume stat, such as QB hits. Thus, I researched how many snaps it takes Charles to register a QB hit, and by dividing his total snaps (318) by total hits (11), we find he gets 1 QB hit for every 28.91 snaps.

Now, if I just threw that number in with no other information, it wouldn’t really mean a whole lot, would it? So, let’s take a look at this same stat, which I’ll call Snaps per Hit (SPH) for the top 3 sack leaders in the NFL, and some Texans.

Looking at these numbers you can see that not only is Charles the most efficient pass rusher on the Texans, by a lot, but also ranks among the top 3 sack leaders, and averages 1 QB hit on fewer snaps than DPOY candidates Myles Garrett and Aaron Donald.

Now, I’m not trying to say Charles is as good as Garrett or Donald. Those players have different situations where they are highly double teamed and the center of attention for opposing offenses.

However, Charles’ ability to be productive in minimal snaps is certainly intriguing. Now, I know what you’re thinking, that’s a small sample size to judge a player off of. What’s to say that Charles can replicate his success when given the amount of snaps as a Garrett, Donald or Watt?

While I don’t have a crystal ball to see how he’d play given 500+ snaps, his success can be somewhat projected by analyzing his performance through his film. As I’ll soon show, his process of how he wins and gets to the QB isn’t just a fluke. He’s not a one trick pony and he’s not just granted free access to the backfield either.

This can help us understand that while the sacks aren't there right now, he's winning his matchups consistently, and good process will lead to good results, over a longer time period. If he continues to play at this level, and fine tunes little details, the sacks will come. 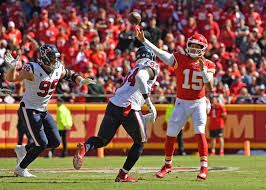 When watching Charles’ film and looking at each 11 of his hits, three themes consistently popped up. His length is an issue, he’s a threat on stunts and he’s got a variety of moves in his toolbox. Let’s take a look at how each trait contributes to his success.

Charles long arms was my biggest reason for optimism, when he got drafted. He measured in at the NFL combine with a ridiculous 36’ arm length. To put that in perspective that ranked as THE LONGEST ARMS out of ALL the 2019 defensive draft prospects and 2nd overall behind OL Martez Ivey at 36 2/8’. It also would’ve ranked 4th longest in the entire 2020 NFL Draft.

That length isn’t just a flashy number though, Charles knows just how to use it to his advantage. He regularly shoots his hands into the chest of opposing offensive linemen, extends his arms and collapses the pocket. Want a visual image of what I mean? Take a look below.

In week 6 vs the Titans, Charles is lined up as a 3-tech defensive tackle vs RG Nate Davis (64). Off the snap, Charles rushes with his hips pointed downfield, towards Davis’ right shoulder. As he closes space, Davis anticipates an outside rush, towards his right shoulder, because that’s what Charles hips showed him.

As Davis turns his own hips and shoulders to prevent an outside rush, Charles shoots his inside hand into the chest of Davis. By getting low and running his feet, Charles pushes Davis backwards 5 yards into the pocket.

Charles isn’t done yet, and this disengage from the block is what will turn the hits into sacks. He brings his inside arm over the left shoulder of Davis and graps hold of the shoulder pad, while simultaneously shoving Davis’ right hand off him.

Thus, he’s able to get off the block and tackle Tannehill, who just barely gets the through off, avoiding the sack. He could’ve disengaged a bit smoother and quicker but minute details like that come with more experience and mastering your craft, pairing your hands to your feet.

I love the power that translates from Charles’ length. He’s very technically sound when trying to use this “long arm” technique. Just last week vs the Lions, he’s lined up as a Nose Tackle, head over the Center. He takes advantage of the split second delay the Center has, when snapping the ball.

Since he can’t get his hands up as quickly as Charles can, Charles immediately shoots his hands into the chest of the Center. He viciously pumps his feet and transitions from a two-handed bull rush, to a one-handed long arm move.

Since the Center is being abused, the Right Guard comes over to help, but it’s too late. Charles disengages quickly from the block, gets the hit on Stafford, and forces the errant throw.

One of Charles’ two sacks on the year also spawned from his devastating length. In Week 2 vs the Ravens, Charles is again essentially rushing as a nose tackle. He’s trying to set up a stunt for J.J. Watt, so Charles takes on the Center and Right guard. As the Center goes to block JJ, Charles now has a 1-on-1, and that’s just not enough man power to handle him.

He again gets his right hand into the chest of the RG and extends that arm fully out. Look at the RG, his puny arms can’t match the length of Charles, and thus he can’t get hands on him. He gets pushed back and allows Charles to say hello to Lamar Jackson.

As you can see, Charles freaky natural ability gives him a huge advantage, especially against interior offensive linemen, who historically tend to have shorter arm length. IF the Texans want to play him to his strengths, they should put him on the EDGE on run downs, and rush him from the interior on passing downs. That’s called putting a player in their best position to succeed.

Moving on though, and as you saw from the last play, Charles is very useful on stunts. The Texans ran more stunts early in the season (I really think it’s more of an Anthony Weaver thing, than a RAC thing) and in Week 3 vs the Steelers, we again see Charles wreak havoc.

This time Jacob Martin is the setup man, and Charles is the finisher. Martin attacks the LG (71), then bumps into the Center (53). This gives Charles a free path to Big Ben, and he demolishes him.

Whether he’s the distraction or the grand finale, Charles has shown an ability to be effective on stunts. He’s quicker than most interior defensive linemen, I certainly would not want to see a Brandon Dunn-PJ Hall stunt, and that allows him to attack the QB before the coverage fails. He’s just got to finish at a consistent rate.

Apart from his length and effectiveness on stunts, Charles also has a nice variety of pass rushing moves at his repertoire. He can use his power and length to run down the middle of you. Or he can use violent and strong hands to finesse his way around you.

Again lined up at Nose Tackle, this time vs Patriots Center David Andrews, Charles puts on a show. He uses a chop move, where he karate chops Andrews’ hands downwards. This nullifies any potential punch, but Charles isn’t done there.

He pairs that with a swim move, where he brings his other arm over the head of Andrews and onto his back, locking him out. If not for this being a quick screen, Charles would’ve had another sack.

This swim move is a very useful way to disengage off a block. All the best pass rushers often use a variation of a swim move, but Charles modifies how he gets to it. Before we saw the chop-swim, now we see a pull-swim.

As a 3T vs the Left Guard (73), Charles first has to read the run fake. Thus, he stacks the block by shooting his hands into the LG’s chest. This is a powerful position to be in and when he reads run, he pulls on the LG’s jersey, yanking him forward.

He pairs this smoothly with the swim move where he brings his right arm over the LG’s right arm. Then locks him out by sort of elbowing backwards. It’s a pretty deceitful and effective move, and Stafford was taking a beating at this point.

The last hit I wanted to look at was the rare time that Charles was rushing from the EDGE in a passing situation. He does it occasionally, but vs Green Bay, he showed just how versatile he can be. He initially uses his length to push back the LT, but 77 recovers well. Charles isn’t content with being pushed past the QB, and he uses a club move to get the LT’s left hands off of him.

Charles is so often just milliseconds away from these sacks, and that must be frustrating, but if he continues to use the right process of achieving a sack, he’s going to get rewarded. In a dark season for most Texans fans, I invite you to enjoy the development of Charles Omenihu. He’s one of the most efficient pass rushers in the NFL, and will demand more national attention once the sacks start to stockpile.