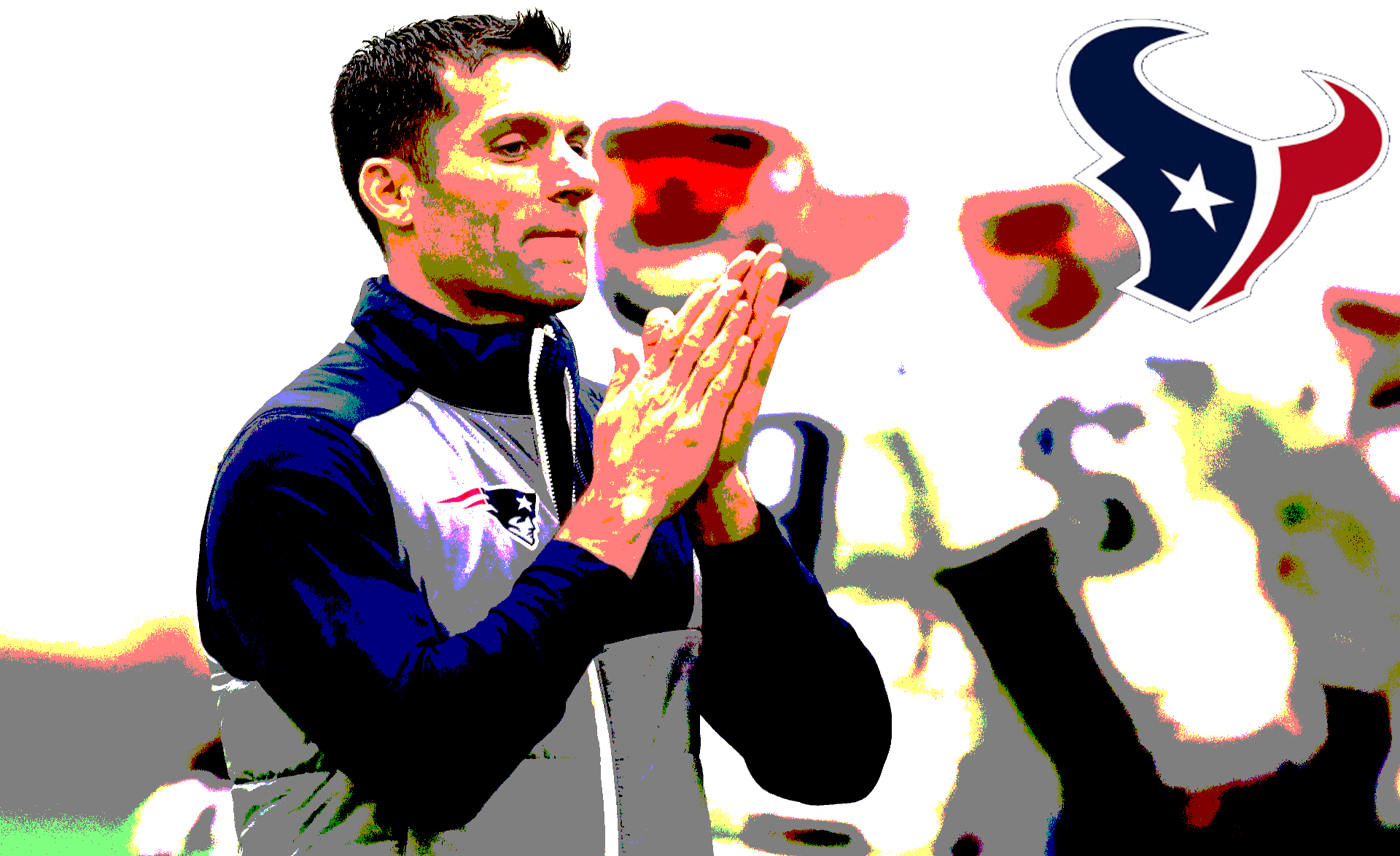 3 Moves GM Nick Caserio should make for the Houston Texans

As a dramatic flame casts across NRG, wild rumors spawn from national media and "Fire Easterby" chants are spread throughout the internet, Nick Caserio still has a job to do. I hope he's ready to fix the Houston Texans, and I'll provide 3 moves that will benefit our future success while also cleaning up the cap sheet.

Of course, his first job should be to #FireEasterby, but I'm looking to get away from the drama for one ~5 minute article and won't dive into the dark depths of every firable offense Easterby has executed. So let's pray that Andre Johnson's words were enough for Deshaun, Cal and Nick to STAND YOUR GROUND and fire the cancer that is spreading throughout NRG - Joke Easterby.

*edit: well that didn't age well... Decided to keep that paragraph in (wrote this on Wednesday) because every word still rings true. I'm hoping Jack is on a trial period and will be fired after the first sniff of another horrible decision. Hoping, praying, begging. Please.*

Moving on this article will also not look to dive into the extremely important Head Coach search, and the moves I'm about to explain should not be final. Rather, Nick should be forming his own thoughts on the situation and present his plan/ideas to the future Head Coach, as the two hopefully work together symbiotically. 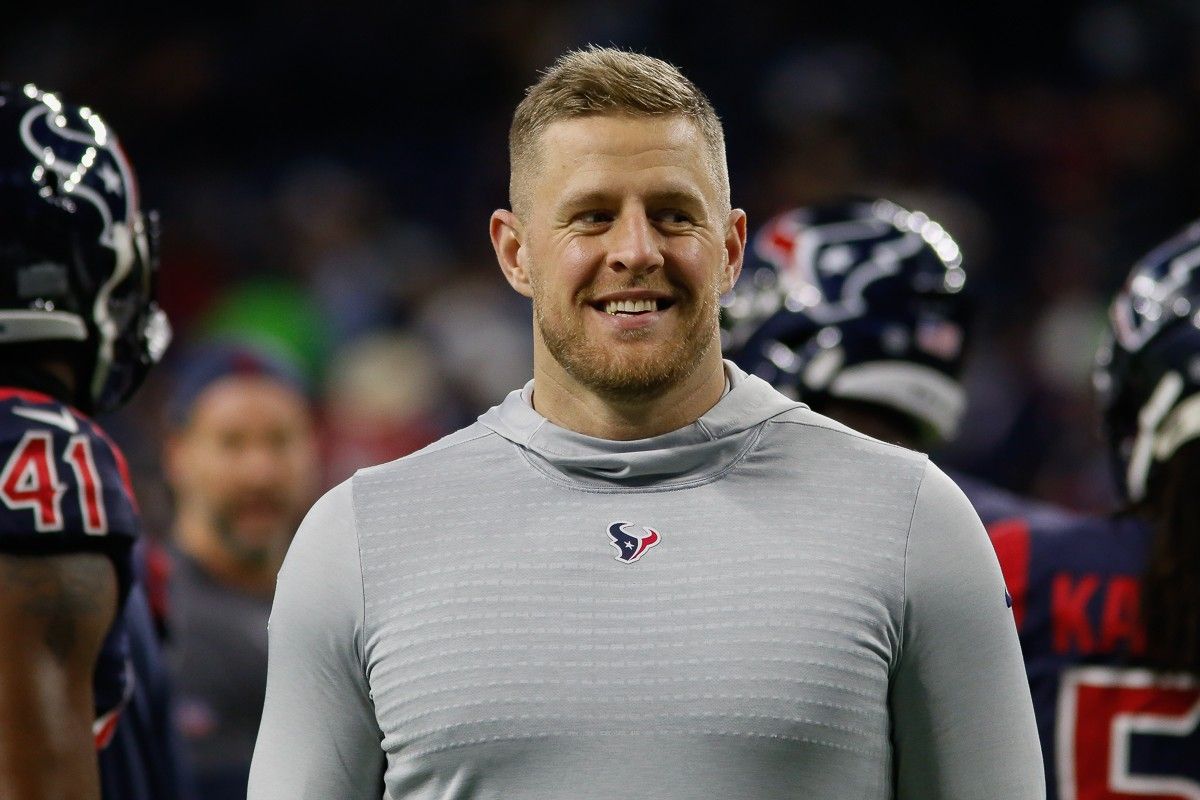 Now that we've got that out of the way, let's dive into the good stuff. We've already mentioned one Texans legend in Dre, so let's touch on another, with J.J. Watt. Arguably the biggest in-house personnel decision that must be made this offseason - what does the future hold for Justin James?

What I would recommend to Nick is to first sit down with JJ and hear out his concerns. Look at it from the player's perspective and sympathize with his frustrations that have no doubt boiled up from the previous years. Make the judgement call and see if JJ can be persuaded to restructure his contract and stay with the Texans.

JJ is not the player he used to be, he's out of his prime, and being 31 will do that to almost every star pass rusher. However that doesn't mean he can't bring positive value to this team. I would more than welcome JJ back; where he can continue to lead this locker room, teach young guys like Charles Omenihu, Jonathan Greenard and Jacob GOAT Martin the tricks of the trade, and of course get after the QB himself.

The issue here clearly lies with his contract. Watt's contract expires at the end of 2021, where his base salary is 17.5m. Would I bring back Watt at that price? No. However, the main issue with his contract is the ZERO guaranteed dollars this year. That will make any player unhappy, especially one with the injury history like Watt.

So let's restructure this contract and I will admit I am far from a salary cap expert, but my proposal goes as follows: Add one year onto JJ's contract thus he's with the team until the end of 2022. Spread the 17.5m from the 2021 cap hit across the two years and even give him a raise so that it's 24m in total (12m per year). Make the contract 80% guaranteed, thus 9.6m guaranteed per year and give injury incentives for those other 20%. If he plays 14 or more games, he get's the incentive.

Again, I will repeat I am no cap expert and if this deal makes no sense, please, feel free to scream at me on Twitter (@Texans_Thoughts). However I think this is a win-win-win for all sides. The fans get to see more JJ Watt in a Texans uniform - WIN. JJ gets to continue to play for the team and city he loves, while gaining guaranteed money - WIN. The Texans lower his cap hit, keep a franchise legend, and don't commit for too long - WIN.

In 2 years, JJ can revisit his outlook on his career - does he want to stay, hang it up, or go play with his brothers? I hope Nick is the genius many others believe him to be. Keeping JJ Watt with this restructured contract proposal would gain a massive vote of confidence from me. 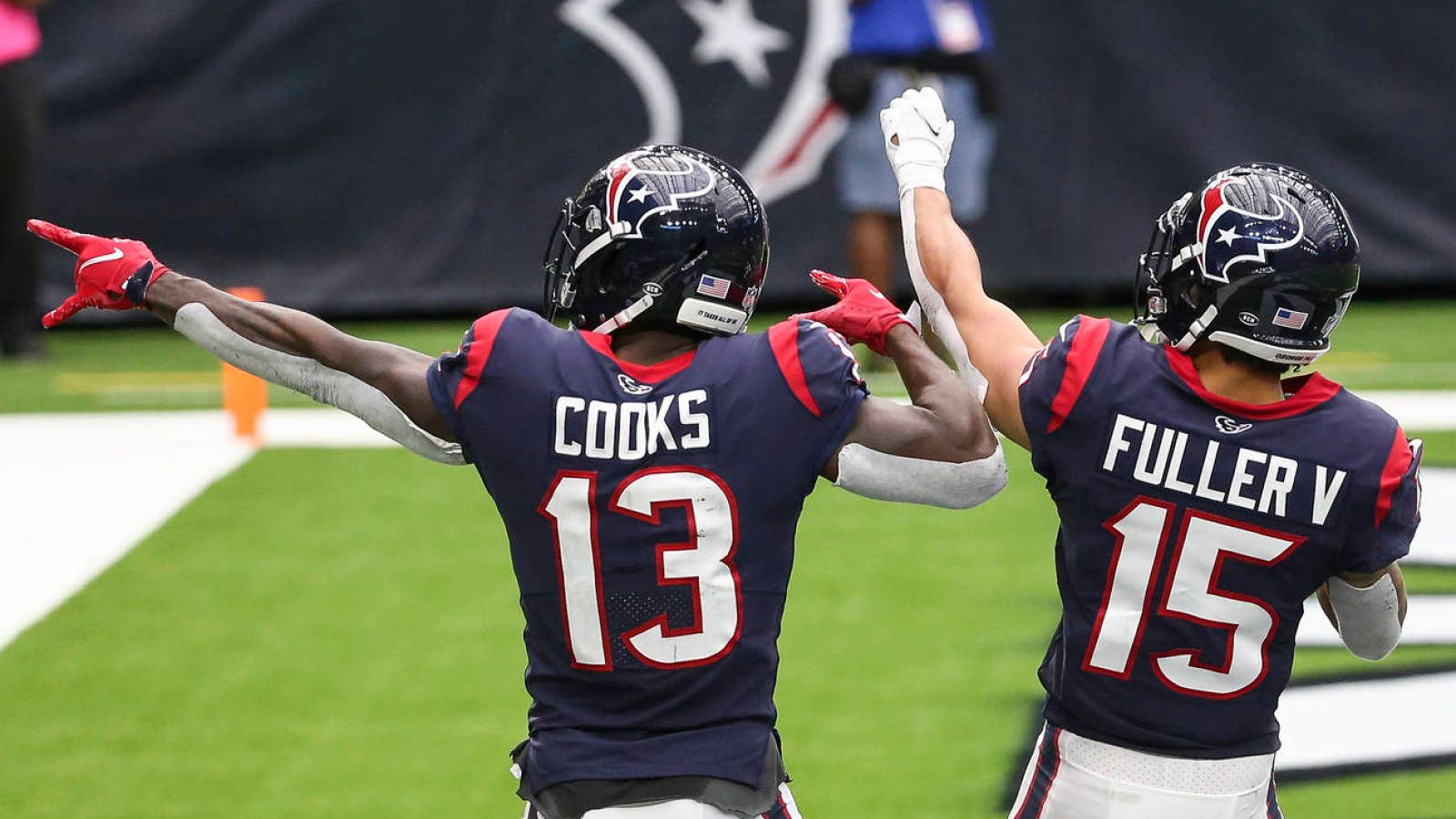 The second move Nick should be preparing to make is regarding another fellow ex-Patriot in Brandin Cooks. Due to the trade with the Los Angeles Rams the Texans don't actually owe Cooks any guaranteed money on his deal. They can cut him with zero dead-cap ramifications in 2021 or 2022, before his contract expires in 2023.

However, Cooks showed this year he is extremely valuable to Deshaun Watson and the Texans offense. Registering his 5th 1000+ yard season (with 4 different teams) he proved he could be a high level WR2 when Will Fuller was in the lineup, or step into a WR1 role and be the focal point of an offense.

In the 4 games Fuller missed and Cooks played, he averaged per game: 7.25 catches, 107.75 yards and 0.75 TD. I'm not here to debate if trading a 2nd round pick was worth Cooks or not, we're looking to the future and as great as his past season was, it can benefit both parties to work out a contract restructure.

Since Cooks is receiving no guaranteed money from the Texans he would likely want that financial security, especially factoring in his concussion history. To make ends meet, Nick should propose that the Texans lower Cooks' cap hit per year, in exchange for giving him more guaranteed money.

Yet another win-win-win scenario. D4 keeps a weapon he's built chemistry with and fits his love for the deep ball - WIN. Cooks gains financial security and team stability - WIN. And the Texans improve their cap situation not only this year, but into the future as well - WIN. 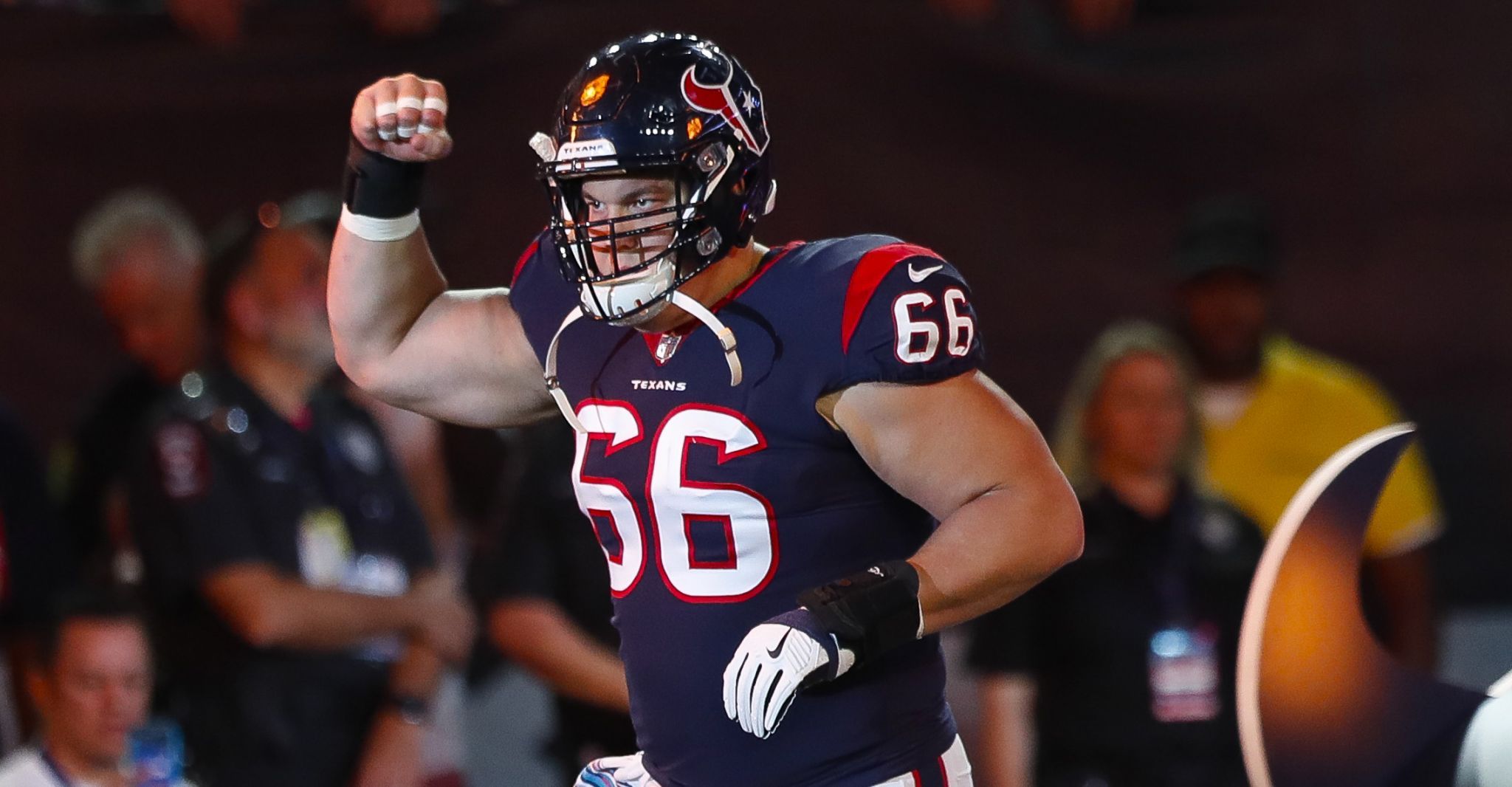 The last move Nick should start thinking about is a variety of moves really. It won't be enough to restructure just Watt and Cooks' contracts. Moves can be made around the margins to save every extra penny possible. Here's a list of players that stand out to me, and the money we could save depending on the timing of the move.

As you can see there are many candidates with a very good chance of not seeing the field for the Texans next season. In a perfect world, I would cut/trade everyone on this list apart from Senio Kelemete (he's fine cheap OL depth) and that would result in opening up 48.8m in 2021 cap space. That number is assuming we can execute post-June1 trades. However if trades must be made earlier (to give players and teams time to transition), we can still open up 31.88m with pre-June1 trades. This isn't even factoring in the money we save from the JJ Watt (5.5) and Cooks (3m) restructures. Which could put us near 60m if everything goes accordingly.

While Nick may have entered into a muddy situation that many painted as challenging for a GM, if he's the genius that many people say he is, there are viable moves to be made. Moves that create financial flexibility, make up for some of the mistakes from the previous regime and add to the Texans team, simply through subtraction.

Nick has said all the right things in his press conference but quite frankly I don't care what the Texans say to us anymore. I want to see action, I want to see some of these moves made over the offseason as they will greatly help in turning around our franchise and putting the past behind us.