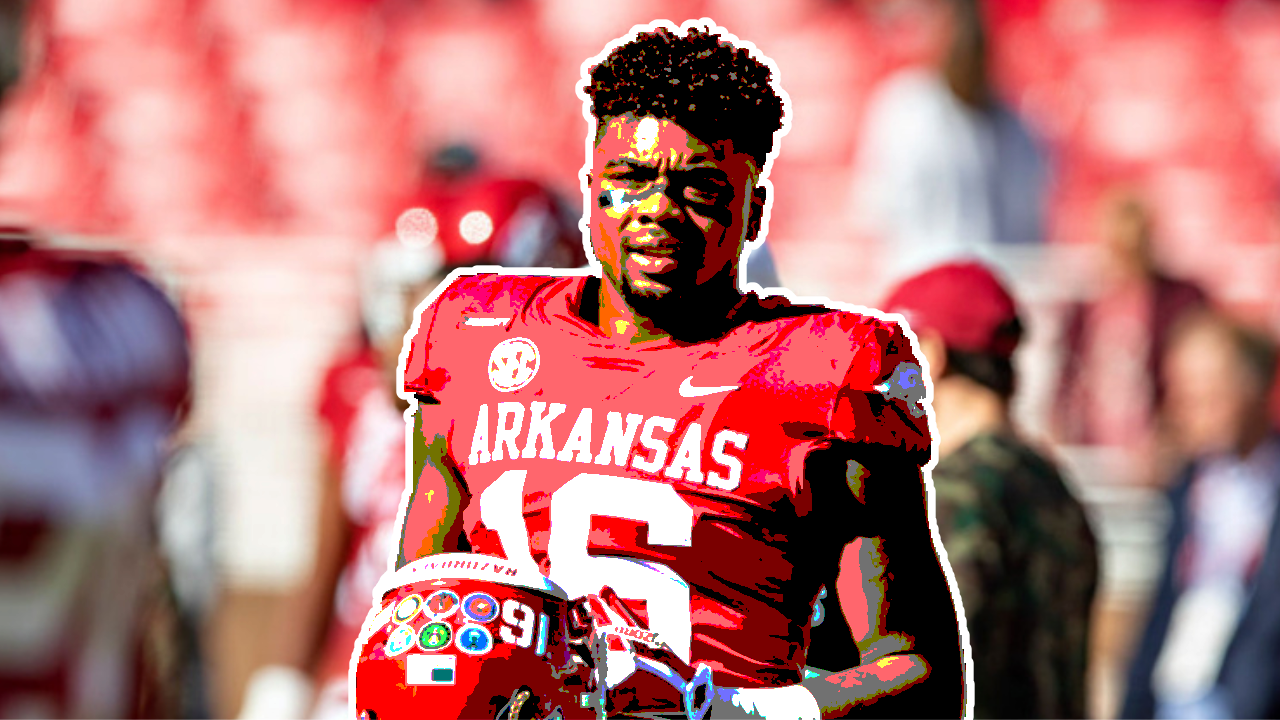 Pass catchers are becoming a more and more valuable asset in today's pass-heavy NFL. Every year, young and talented wide receivers are found all throughout the NFL draft and prove to be instant contributors. The 2022 WR class is a talented one, but more so deep than star-studded.

To account for the depth of this class, here are my top-20 WRs out of the 28 I watched - I only did a top-10 for QBs which you can find here. In this article, the top four WRs are the most fun part to debate and could all easily garner the WR1 label. Let me know your thoughts on my rankings via Twitter and if you'd like to gain a deeper understanding for these WRs and the others I watched, check our my 2022 Draft Guide.

Scouting Report Summary: "Rare athlete with elite size, body control and catch radius who is a versatile weapon that can be deployed all over the field but could use improved route salesmanship."

Analysis: Burks sitting atop the WR throne has as much to do with his jaw-dropping plays as it does with me trying to learn and improve from my evaluation process. Last year, I had DeVonta Smith over Ja'Marr Chase, as my WR1. I adored Smith because he was the best route runner in the class, was a YAC god, could be aligned inside and outside and had absurd production.

I was wary of Chase opting out of his final season and that he relied too much on his athleticism to bully cornerbacks, rather than running detailed routes like Smith. I initially viewed Burks much like Chase and Garrett Wilson much like Smith, leaving me to have Wilson as WR1 for most of the year.

Instead of doubling down on my past evaluation strategy, I'm learning from my "mistake" - I still think Smith is a great WR who would've benefited from playing with Joe Burrow rather than Jalen Hurts, but I digress.

Thus, I'm not overthinking Burks and his freakish athletic gifts. I don't care that he ran a 4.55 40-yard dash because on the field, there weren't many defenders who could cover or catch him. The raw talent just oozes out of Burks, much as it did with Chase, leaving me no choice but to have Burks on top.

Scouting Report Summary: "Dynamic athlete who can align at all WR spots, run deceptive routes at all three levels has great body control and dependable hands but can improve at beating press-jam and run blocking."

Analysis: If you couldn't tell, I'm extremely high on Wilson. I believe he is the king of separation, due to his elite route salesmanship and YAC skills. He is one of the safest receivers in this class because of how easily he can get open in the short, intermediate and deep areas of the field, while playing outside or in the slot.

He is truly a fun player to watch and should find success regardless of his situation. Wilson reminds me of a modern-day (not college version) DJ Moore and I also agree with the popular Stefon Diggs comparison as well. Wilson can grow into a team's WR1 and be the focal point of a passing offense.

Scouting Report Summary: "Field-altering vertical threat with nuanced routes and dependable hands who can win from the outside and inside but lacks play strength."

Analysis: Williams is not only one of the most fun players to watch but also one of the most dangerous. He will be a cheat code on Madden as his speed is truly glitchy. The impressive part of Williams' film is how he weaponizes his speed.

He understands how to set up his routes with jab steps and head fakes - no, he's not just your typical speedster who only runs go-routes - and uses a change of pace to leave defenders in the dust.

Defenses will be forced to gameplan for Williams and if not for his ACL injury and essentially only having one year of production, he might very well be at the top of my rankings. I believe he is more of a complete receiver than many believe and Williams' ceiling will be mainly based on his own work ethic and health.

Scouting Report Summary: "Boundary receiver who wins with hulking size, ample route running craft and catch point skills whom is a vertical and intermediate threat even vs double coverage."

Analysis: Rounding out the top tier of receivers who all stake a claim to the WR1 throne, London appears last for me because of inferior athletic and separation gifts, compared to the above three names.

Don't get me wrong, labeling London as purely a "contested-catch" or "jump ball" receiver would be unfair. He displays feasible route running nuance, especially for a guy of his size and adds value after the catch as well.

However, I don't believe London's elite skill - being a monster at the catch point - will be as easily translatable and dependable in the NFL, compared to Williams' speed, Wilson's route running and Burks' overall athletic gifts.

Scouting Report Summary: "Deceptive route runner who is full of finesse and fluidity and excels in the deep passing game but lacks play strength in all aspects of the game."

Scouting Report Summary: "Crafty route runner with sneaky controlled athleticism who is a tough cover 1on1 and finishes reps strong."

Scouting Report Summary: "Not the biggest or fastest WR but is a crafty route runner who makes difficult catches and is tough as nails after the catch."

Scouting Report Summary: "Classic X receiver with smooth routes for his size and has a knack for difficult extended catches but could give more effort on scramble drills and has injury concerns."

Scouting Report Summary: "Sudden athlete with strong route salesmanship who excels separating horizontally in the intermediate area and during scramble drills but struggles catching throws away from his frame."

Scouting Report Summary: "Nuanced slot receiver who expertly finds holes in zone coverages and sells deceptive routes but is a limited athlete who can struggle vs physicality."

Scouting Report Summary: "Blazing vertical threat with flashes of nuance to his routes and dependable hands but is a linear athlete who needs to expand+refine his route tree."

Scouting Report Summary: "Fluid receiver with slot and boundary versatility, is a YAC weapon and can attack all areas of the field but needs to improve functional strength and route tree."

Scouting Report Summary: "Vertical threat with size and aggressiveness to excel when the ball is in the air but can improve route salesmanship vs press man."

Scouting Report Summary: "Dynamic YAC threat with stellar return ability and a muscular compact build like a RB but is an unrefined route runner."

Scouting Report Summary: "Vertical threat with plus ball tracking and body control who is also a YAC weapon on gadget plays but lacks route salesmanship off the release and can be more aggressive attacking the ball in the air."

Scouting Report Summary: "Tall, lean vertical threat with efficient releases and good hands but is inconsistent at making sharp breaks and struggles through contact as a blocker or in phase."