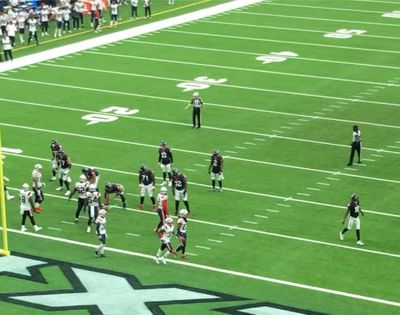 The Houston Texans have a delicate matter to manage between the present and the future. 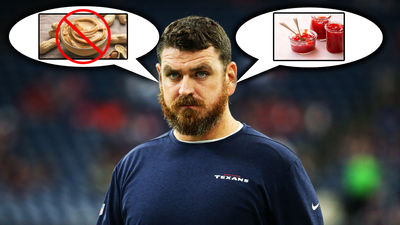 Tim Kelly is Missing the Peanut Butter to his Jelly

In many ways, an offensive coordinator's run game is similar to a chef's peanut butter. They are moldable to the personnel they're paired with, both can be versatile in how they are deployed and often times neither are the center of attention, but the carefully crafted masterpiece would fall apart without it.

Just like peanut butter, the run game is supposed to be a reliable element that offensive coordinators use as a foundation to build off of. The best minds in the game force defenses to respect the run and put them in conflict of assignment to create advantages in the passing game. 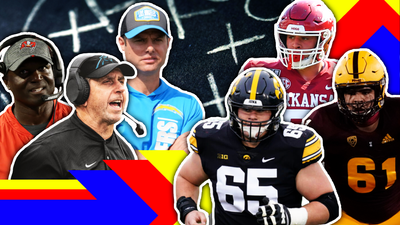 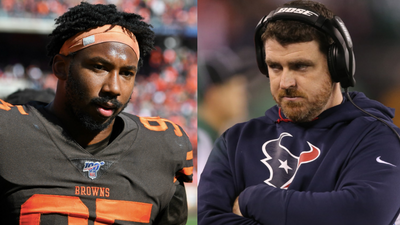 As the Houston Texans head to Cleveland to take on the Browns, I've done my best to construct a rough game plan that can improve our odds of winning. If you missed part one, I highlighted the Texans defense versus the Browns offense which is going to be a tough task to handle.

In this article, I'll look at the other side of the ball and break down what Tim Kelly, Tyrod Taylor and co. can do to put some points on the board, let's dive in. 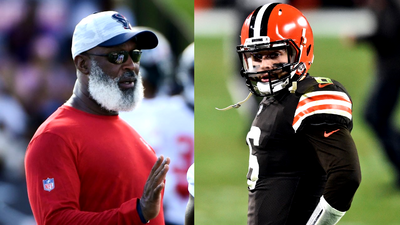 The Houston Texans sit atop the AFC South after their victory over the Jacksonville Jaguars in the Week One commencement of the 2021-2022 NFL season. In Week Two, they head to Cleveland to take on the 0-1 Browns, who fell to the Kansas City Chiefs.

While I would be lying to you if I told you I was very confident in a Texans victory this week, I'm not counting us out and believe that on any given Sunday, any team can win or lose to any team. With that being said, I've constructed a game plan (defensive keys Friday, offensive keys Saturday!) that can improve the Texans' odds in achieving victory - let's get into it! 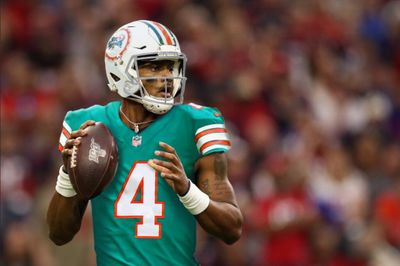 The Houston heat is bearing down on two men; quarterback Deshaun Watson and general manager Nick Caserio stare into each other's eyes like a classic Western showdown, awaiting the first blink. Deshaun and his camp have emptied their clip, utilizing the media like a 35 revolver in an attempt to shape the narrative in their favor. Nick doesn't care, hasn't budged, and when asked to comment, replies, "what's a Tweeter?".

With less than a week to go until the start of the 2021-2022 NFL Season, the Houston Texans just officially named Tyrod Taylor as their starting quarterback. There was little shock involved with this announcement and confirms that the most likely scenario the team is heading towards is paying Watson around 10 million to be inactive for the rest of the season. The Texans will likely provide the... 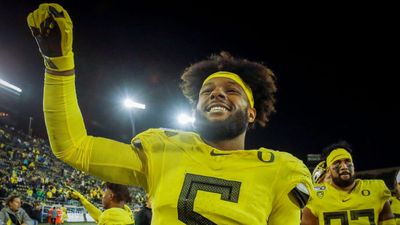 Kayvon Thibodeaux: A 3-D Pass Rusher Shot Out of a Cannon | 2022 NFL Draft

Oregon's Kayvon Thibodeaux has the inside track on being the best prospect in the 2022 NFL Draft Class and the type of blue-chip EDGE player who you can build a dominant defense around. As I continue to break down the top college prospects who could potentially be a foundational building block for the Houston Texans rebuild, Kayvon playing the most important non-QB position in football creates serious intrigue, which he backs up.

It's time to discuss who Kayvon is, how he harnesses his elite athleticism to win on the field, what areas of his game I'd like to see him improve upon going forward and why I'm confident he has the tools to take those steps. 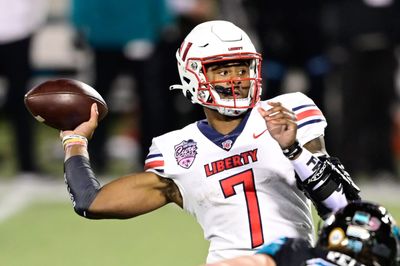 With the college football season starting today it brings me great joy to officially kick off what will be one of the most important draft cycles for the Houston Texans.

While the team has been showing a much better performance in preseason than majority expected - don't pencil in the #1 pick just yet - building through the draft is the best proven way to build a sustainable contender.

Thus, the anonymity of where our first round pick (and the rest of our draft capital that Nick Caserio loves trading for) lands motivates me to cast a decently wide net in regards to this article.

I am going to provide an early name for each position on offense and defense (sorry special teams) that I believe fits the Texans identity and scheme.

They won't all be projected first rounders or the top players at their respective positions, but that's the fun part - let's learn about some names to keep an eye on this year! 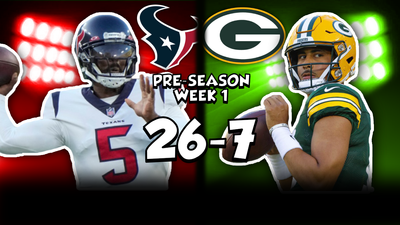 I saw a different Houston Texans team than in years past...

The energy and passion was evident on the field as teammates rallied to the ball, fought physically in the trenches and celebrated doing what they love to do - play fun football.

Simply put, this Saturday was FUN. In a preseason match vs the Green Bay Packers who went 13-3 last year, not many expected the Houston Texans to come out victorious, let alone in the convincing fashion they displayed.

I know, I know, it's only one game in preseason, but a W is a W. If we had lost, the narrative by the NFL media - and some fans - would be that we're the same ol' Texans and a poverty franchise that is going nowhere.

So you BET I'm going to be happy when we start off the season on the right page and display a drastic change from the dumpster fire that was 2020. 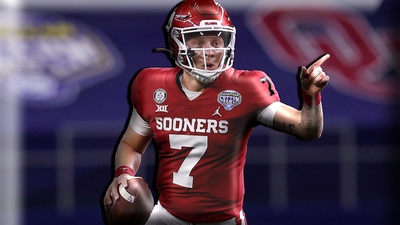 With the unresolved Quarterback problem at the helm of the Houston Texans stratosphere, I felt compelled to evaluate some of the top college QBs in the 2022 NFL Draft Class.

This will be the first edition in a multi-part series breaking down who the experts have among the top of the prospect food chain, and some sleepers who could potentially rise and surprise - I hope you enjoy.

As voted by y'all on Twitter, let's start with the cream of the crop, Spencer Rattler, the - for the most part - consensus top QB in all of college football. 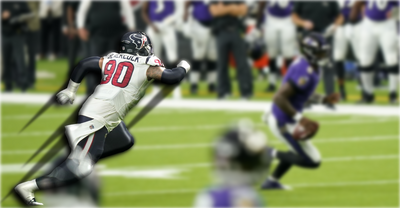 Rookie seasons in the NFL are incredibly tough. In a 2020 year that many will want to forget, Houston Texans rookie DT Ross Blacklock, had just about every obstacle imaginable in his path to success. Virtual rookie minicamp, a defensive system that didn't fit his skillset and multiple injuries to teammates that forced him into uncomfortable positions.

Despite the challenges that led many to question the impact of the Texans 40th overall pick, Ross' keen self-awareness and understanding that "it's a marathon not a sprint" will prove valuable for the 2021 season.

It would've been very easy for Blacklock to buy into the negativity surrounding him and the Texans as a whole. Instead, he's blocked out the noise, put his head down and worked incredibly hard to prove his doubters wrong. 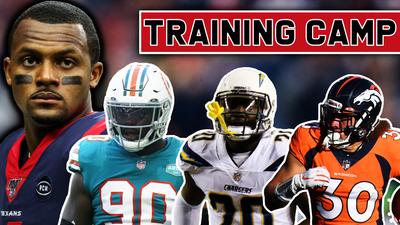 Hello, it's been a while - about two months - since my last article. I took some time off to clear my head of the constant negativity surrounding the Texans, work on myself a bit and focus on some career opportunities. NOW IM BACK BABY!

With the 2021 NFL season knocking on the doorstep we've got one big checkpoint to pass, training camp. Our Houston Texans will meet back up and look to implement new schemes, build more chemistry among players+coaches and of course, COMPETE. To keep this intro relatively short and sweet, here's my preview for what to look for and expect out of the next month.

IF you aren't a big fan of reading, I get it! Here's a video version of this article for my fellow Texans fans with poor attention spans like me! 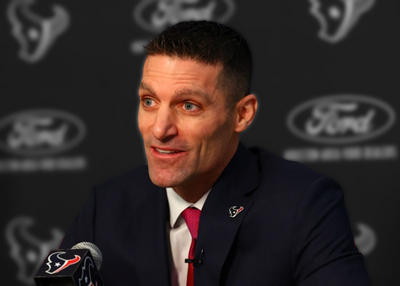 Going into the 2021 NFL offseason, most people, including myself, had little to no expectations for the Houston Texans. Most people believed the Texans would sign a few under-the-radar players when free agency began, and that would be the end of it due to being over the cap significantly. Instead of the quiet offseason Texans fans thought they would have, new Texans GM Nick Caserio and new HC David Culley started the offseason with one of the boldest moves they could make, and that was releasing Houston legend, J.J Watt. While no Texans fan wanted to see Watt leave, it was the right move considering his $17.5M cap hit. Along with the release of Watt, the Texans also released several veterans, such as starting C Nick Martin, RB Duke Johnson, and starting G Zach Fulton. Little did Texans fans know; the bold moves were only just beginning. Nick Caserio then traded longtime Texans LB Benardrick Mckinney to the Miami Dolphins in exchange for OLB Shaq Lawson. They also exchanged late-round draft picks in that trade as well.

Nick Caserio and the Texans then started to restructure... 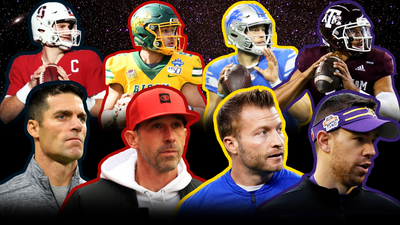 The Quarterback Quest: Where NFL Decision Makers Adapt or Die

While the entire NFL is off zagging, the Houston Texans zig in a previously familiar direction.

The ultimate quest for most NFL franchises is to acquire the illustrious Super Bowl hardware. One trophy is often enough for these billion dollar organizations to do whatever it takes to complete their journey. There are so many pieces to the puzzle of a Super Bowl winning team: General Manager, Head Coach, and of course the Quarterback, to name a few. 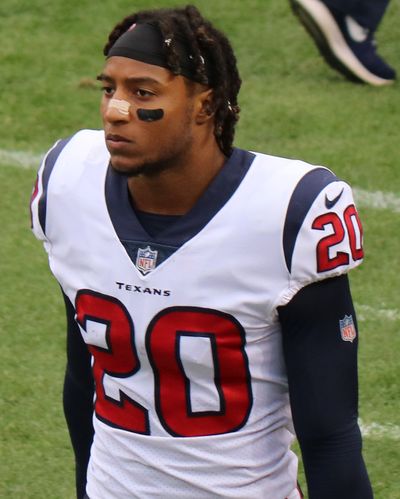 Welcome to our first Houston Texans mailbag! Thanks to the Texans fans who participated, we have plenty to talk about for our first feature. 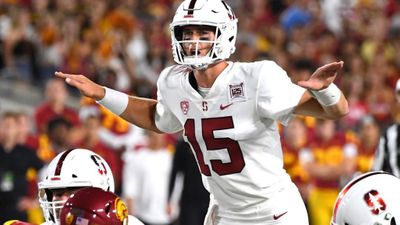 The Houston Texans concluded their first draft under new GM Nick Caserio, and there is plenty to talk about heading into the 2021 season. 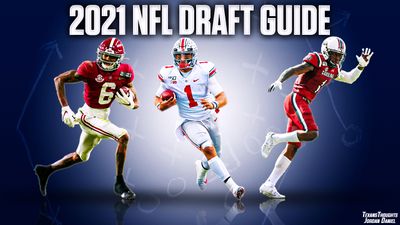 The best time of the year is here, no it's not Christmas, Thanksgiving or your birthday, it's DRAFT WEEK! The 2021 NFL Draft has been gearing up to be the most unpredictable one yet. College athletes all over the nation have opted out of the 2020 season, the annual Combine in Indianapolis was cancelled, Pro Day testing numbers are less accurate than John McClain's Texans' predictions, and All-22 film is hard to come by for people like me (luckily I have some good friends).

All of those variables can lead to a lot of uncertainty. What Quarterback should the 49ers take at #3? Who are the best small-school sleepers this year? What round should my favorite team draft my favorite player? I've slaved away for the past month and put together the ultimate guide to help everyone out. You can find my Top-200 Big Board, Horizontal Big Board, Positional Rankings, Film Grades and 170 Scouting Reports on the prospects most likely to have their name called this year. 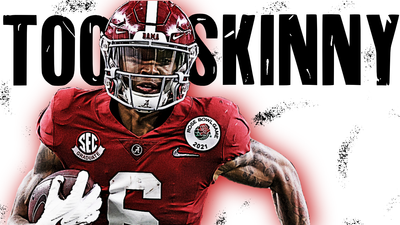 The NFL has become a passing league, and is continuing to trend further in that direction each day. Luckily for teams looking to get in on the trend and bolster their team with weapons, this 2021 WR Draft Class is legendary - better than last year's hyped-up class with game changers up top, and depth until the 7th round. Instead of just doing my normal positional rankings (check out EDGE, IDL, CB on the site!) since this WR class brings so much more than recent years - I wanted to bring more as well. Introducing my WR Superlatives!